Bhadauria cautioned about the harm caused to health by intoxicants, especially tobacco and various intoxicating products made from it, highlighting its social and economic aspects.
Staff Reporter 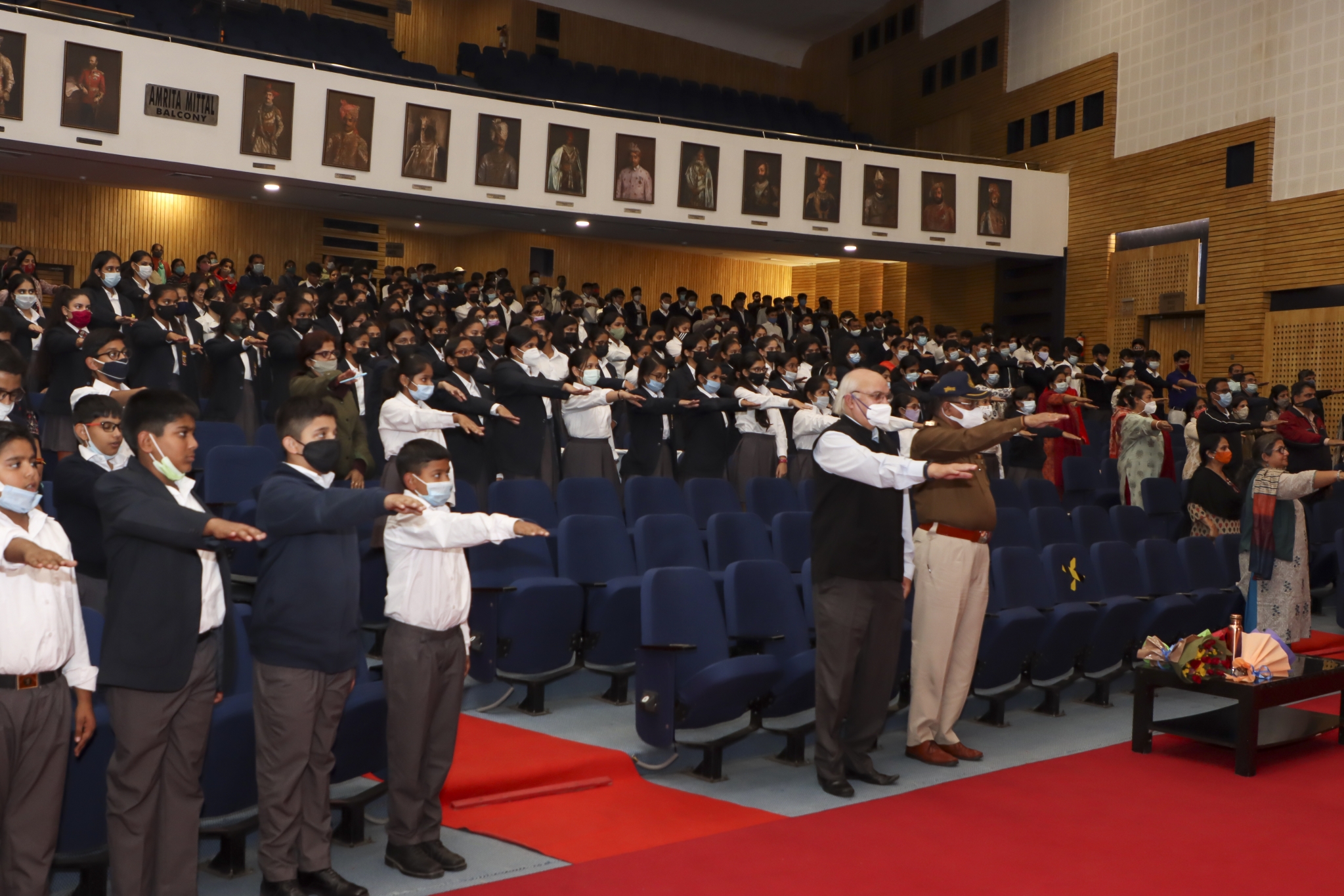 Students of Daly College took a pledge to stay away from drugs, as additional superintendent of police, Indore, Jaiveer Singh Bhadauria cited various demerits of addiction in an awareness seminar at Dhirubhai Ambani auditorium on Tuesday.

Bhadauria cautioned about the harm caused to health by intoxicants, especially tobacco and various intoxicating products made from it, highlighting its social and economic aspects. “We should not have any kind of intoxicants under any circumstances and if someone tries to describe the drug as an object of fun, we must become more alert,” he said.

He emphasised the point that the drug mafia is more interested in trapping school students of Daly College because they know that these children are from well-off households. “You are the easiest target and you might end up becoming a source of their big income, so beware,” Bhadauria said.
He warned the students to stay away from people, who have already fallen into the swamp of drugs.

Bhadauria also threw light on various legal aspects of drug addiction and made everyone aware of the provisions of punishment for the accused.
Further, other police personnel shared details of the plight of the life of drug addicts and cautioned that no one should take drugs or encourage anyone to take drugs.

Common signs of drug addiction include:

• Loss of control
• Continued problems despite negative consequences
• Spending less time on activities that used to be necessary, such as hanging out with family and friends, exercising, or pursuing hobbies or other interests
• Drop in attendance and performance at work or school
• Taking serious risks in order to obtain one’s drug of choice
• Acting out in personal relationships, particularly if someone is attempting to address their substance problems
• Going out of one’s way to hide the amount of drugs taken
• Serious changes or deterioration in hygiene or physical appearance
• Needing to use more and more of the drug in order to produce the same effect
• Withdrawal symptoms such as shakiness, trembling, sweating, nausea, or fatigue