Methaqualone is known as the potential habit-forming drug used as a sedative and hypnotic.

Mumbai: During Customs check, 78 Methaqualone capsules flushed out from foreigner's body |
Follow us on

The Mumbai Airport Customs officials have recently arrested a Bolivian national for allegedly trying to smuggle banned methaqualone drugs. Roberto Alex Delgado, who acted as a carrier, had complained of stomach pain to the Customs officials, after being checked at the airport. He was taken to the hospital where doctors removed 78 capsules containing methaqualone in powdered form. Methaqualone is known as the potential habit-forming drug used as a sedative and hypnotic.

According to the Customs sources, Delgado arrived from Addis Ababa from an Ethiopian airlines flight on Oct 18. He was checked at the airport on the basis of intelligence. During the search, the suspect complained of stomach pain, after which he was rushed to the JJ Hospital. The doctors then examined him and found some alien substance inside his body. The doctors then managed to flush out at least 78 capsules. 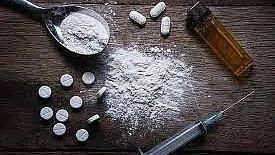 The said capsules were then examined and it contained a powdered substance which was later found to be methaqualone. The capsules contained a total of 947g of methaqualone in powdered form. During the interrogation, Delgado revealed that he was promised USD20,000 for successful delivery and was also given USD50 as a conveyance allowance. The customs are now probing who was the supplier of the consignment and who was supposed to receive the delivery.