The patient had suffered from abnormal menstrual bleeding because of multiple fibroids of various sizes in the uterus, which doctors at Wockhardt Hospitals, Mira Road, preserved after the complex four-hour surgery. This would allow her to conceive in future.

Mumbai: Doctors gave a new lease of life to a 39- year-old pregnant woman by extracting multiple fibroids weighing 2.25 kilograms from the uterus.

The patient had suffered from abnormal menstrual bleeding because of multiple fibroids of various sizes in the uterus, which doctors at Wockhardt Hospitals, Mira Road, preserved after the complex four-hour surgery. This would allow her to conceive in future.

The existence of uterine fibroids is a gynecological condition where non-cancerous tumours are seen in a woman’s uterus. If left untreated, they become big and put pressure on surrounding organs such as the bladder and bowels.

The patient, a singer, experienced heavy menstrual bleeding, painful periods, and abnormal menses. Her health started deteriorating as the pain increased, interfering with her daily activities.

The patient, who was seven months pregnant when she came to the hospital, had a history of heavy menstrual bleeding and sometimes bleeding more than more than once a month, said Dr Rachna Sharma, Consultant Gynaecologist, Wockhardt Hospitals, Mira Road.

“Usually, with such big fibroids, the whole uterus is removed as it is difficult to save the uterus. However, because the patient wanted to have children, we had to save her uterus. Sonography had shown nine big-sized fibroids and multiple smaller ones. 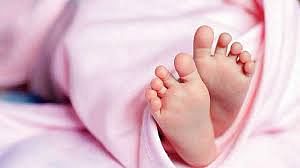 "We took out 14 fibroids which weighed a total of around 2.25 kg. We took out as many fibroids as possible by a single incision, because the more the incisions on the uterus, the greater the risk for her future pregnancy. The patient recovered well after surgery and started on a full diet after 36 hours,” she said.

Patient totally unaware of the fibroids in her body

The patient said she was unaware that multiple fibroids were growing inside her body. She was suffering from cramping, painful menses, and abnormal menstrual bleeding and was bloated and in unbearable pain.

“I was shocked to know there were as many as 14 fibroids in the uterus. I thank the doctors at Wockhardt Hospitals for performing a successful surgery. It was sort of a miracle for me as the doctors could preserve my uterus. I am happy that I have got a fresh lease of life. I am looking forward to conceiving,” she said.