Though one-third of the total number of trains, it accounts for 65% of revenue
KAMAL MISHRA 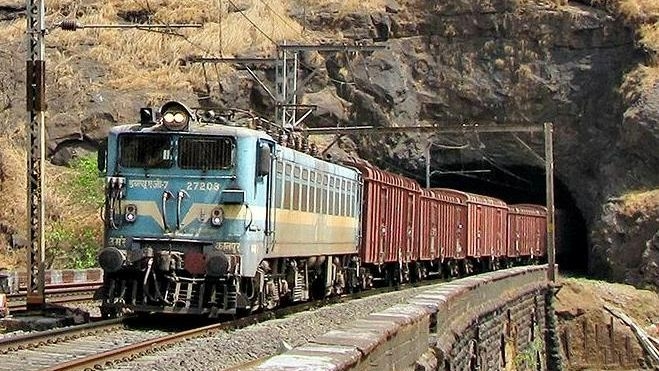 Despite the pandemic and its impact on all sectors, Central Railway (CR) has created a new record of its earnings through goods transportation in the first half of the current financial year.

During the period from April to September 2021 (first half of financial year 2021-22), Central Railway loaded 34.85 million tonnes and earned Rs 3,289 crore, registering a 35.6 per cent rise in loading of freight in its goods trains as compared to the previous financial year.

In the first half of last financial year, 25.71 million tonnes of goods were transported by the CR through its goods trains.

Freight traffic is the major source of revenue for Indian Railways. Only one-third of the around 13,000 trains running daily on Indian Railways are freight trains, but it accounts around 65% of the total revenue.

"Railway Freight traffic is not only vital for economic and industrial progress of the country, but it also provides funds for operation of more passengers trains," said a senior officer of CR, adding that most of passenger trains including suburban trains of Mumbai are operating in a loss, which is compensated with the revenue from goods trains.

"Currently only around 57 per cent of the travel cost of passenger trains is being charged to the commuters. The remaining 37 per cent of the cost is recovered from the freight trains revenue," said a CR official.

"Despite heavy rains and Covid-19 situation, the team CR put their best to achieve the highest ever loading of 5.44 million tonnes for the month of Sept 2021. This is best ever September month freight loading and this year, we also set a new record of highest ever April -September freight loading in CR" said Shivaji Sutar, Chief public relation officer of CR.

"Central Railway loaded 5.44 million tonnes of freight in September 2021 alone which is also the best loading ever of any September month loading," said a CR official.