The NCB's Special Investigation Team (SIT) which is probing the six high-profile cases earlier probed by the Mumbai NCB, on Monday had taken over the documents related to these cases
Somendra Sharma 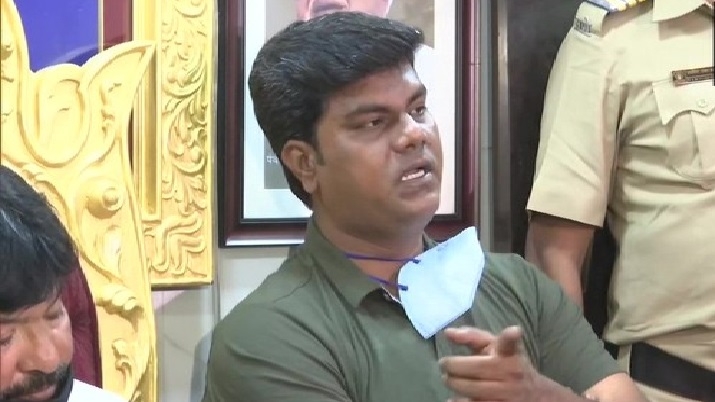 Prabhakar Sail, a witness in the cruise raid case on Monday appeared before the Narcotics Control Bureau's (NCB) Special Enquiry Team (SET) to get his statement recorded in connection with the enquiry initiated by the agency following Sail's claim about alleged payoff following the raid.

According to the SET sources, Sail was issued a summon by the enquiry team asking him to get his statement recorded. In a notarized affidavit on October 23, Sail had stated that post-midnight after the raid, his employer KP Gosavi and one Sam D'Souza had traveled to Lower Parel bridge in their respective vehicles.

Sail in his affidavit claimed, "Till we reached Lower Parel, Gosavi was talking to Sam on the phone and stated that you put a bomb of 25 crores and let's settle at 18 final because we have to give 8 crores to Sameer Wankhede."

Sail added, "After a few minutes, a Mercedes arrived at the spot and I saw Pooja Dadlani come in that car. Sam, Gosavi, and Dadlani sat in the Mercedes and started talking, and then we left."

Sail also claimed in the said affidavit that Gosavi had asked him to visit Tardeo signal and collect Rs 50 lakh cash from someone. "I reached around 9:45 am at the said place where a car came and someone gave me two bags filled with cash," the affidavit stated.

Sail further claimed that he had given the said bags to Gosavi, who later asked him to deliver a bag, containing cash to Sam in a hotel in South Mumbai. As per Sail, when Sam counted the cash it was only Rs 38 lakh.

The SET on Monday visited the cruise terminal, where Sail and Gosavi were present, and then went to inspect the Lower Parel bridge area where Sail claimed Gosavi and Sam had met Dadlani. The SET team also visited the Tardeo signal where Sail had claimed that he was handed over the bags full of cash.

Deputy Director-General Gyaneshwar Singh of the NCB, who is heading the SET, said, "We had visited different places for inspection which are essential for the inquiry. The information related to the spots and their geography will help us in joining the dots in the inquiry and to link the evidence."

Meanwhile, the NCB's Special Investigation Team (SIT) which is probing the six high-profile cases earlier probed by the Mumbai NCB, on Monday had taken over the documents related to these cases.