An independent witness in the cruise party raid case Prabhakar Sail on Thursday afternoon appeared before the Special Investigation Team (SIT) of the Narcotics Control Bureau (NCB). Sail in his affidavit had claimed that he was made to sign blank papers at the NCB office on the day of the raid. The SIT is conducting a fresh probe into six high-profile cases, including the cruise raid case, previously investigated by the Mumbai NCB Unit.

In a notarised affidavit filed on October 23, Sail had stated "On October 3, at 12 pm, KP Gosavi called me and instructed me to come to the Green Gate and wait. I was instructed to wait at the waiting area for the cruise near Green Gate.

The affidavit added, "At about 1:23 pm, Gosavi sent some photographs on my WhatsApp and told me to keep a watch and identify the people in the photographs and to further inform him if any of the said persons are coming to board the cruise. At about 12:30 am, Gosavi accompanied by NCB officials took Aryan Khan in his car to NCB office. I walked to the NCB office. At around 1 am, I received a call from Gosavi instructing me that I should sign as pancha and called me inside NCB office. There, Sameer Wankhede instructed his staff to take my signatures and name. One Salekar from NCB told me to sign on 10 blank papers."

According to the NCB sources, Sail was inquired about the claims he had made in his affidavit and what all he had done at time of the raid in the capacity of functioning as an independent witness in the case.

In a statement, the NCB had stated that SIT has been constituted by the DG NCB to take over a total of six cases from NCB Mumbai which have national and international ramifications, in order to conduct deeper investigations to find out forward and backward linkages. 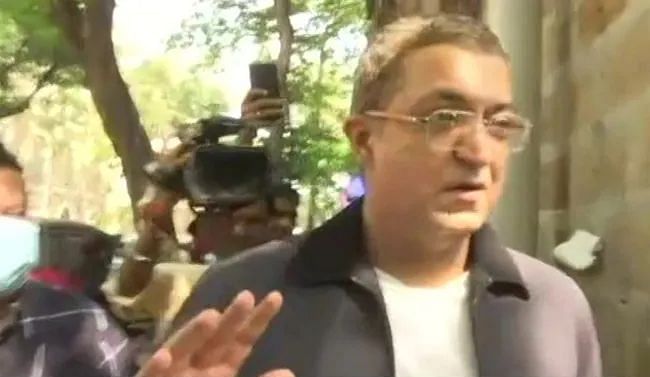