In a stunning claim, a senior Nationalist Congress Party leader on Wednesday alleged that two private persons including a Bharatiya Janata Party 'Vice President' were involved in the Narcotics Control Bureau raid on a luxury ship Cordelia Cruise on October 2.

"Aryan Khan's arrest is a forgery. For the last one month, the information was being circulated to crime reporters that the next target is actor Shah Rukh Khan," ANI quoted the minister saying.

Aryan Khan's arrest is a forgery. For the last one month, the information was being circulated to crime reporters that the next target is actor Shah Rukh Khan: Maharashtra Minister Nawab Malik pic.twitter.com/moaRhfzZx2

While a bearded and bespectacled Bhanushali, sporting a maroon shirt, was seen dragging out Merchant, the bald Gosavi was shown pulling Aryan Khan out of the International Cruise Terminal late on Saturday, shocking the country and rattling the entertainment industry.

"The BJP and the NCB must come clear who are these two persons and why were they seen in the so-called ship raid. Both these persons are fakes and the NCB raid was a fraud intended only for grabbing publicity. What is the BJP's connections with both of them," he demanded.

Malik reiterated that since the past one year after the death of Sushant Singh Rajput, the NCB is only targeting high-profile film personalities, raids are carried out with an eye on hogging publicity, defaming the Maha Vikas Aghadi government and instilling fear in the minds of Bollywood people.

In response, BJP's Leader of Opposition in the Council Pravin Darekar promptly denied Malik's contentions and said that he was making the allegations out of frustration as his son-in-law Sameer Khan was nabbed by the NCB in January 2021. 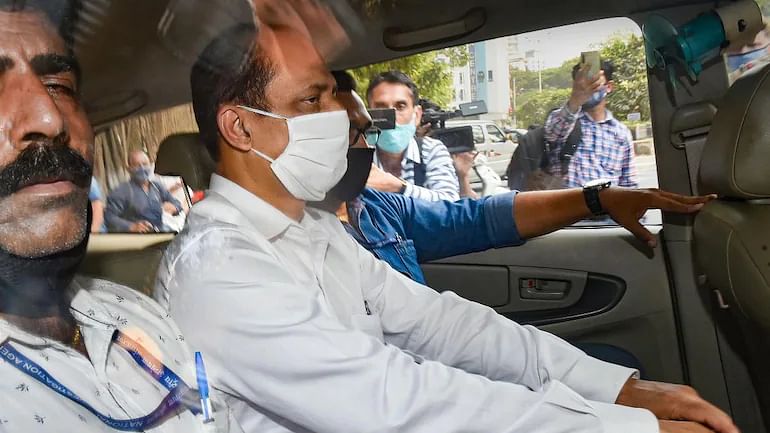