The Narcotics Control Bureau (NCB) is conducting raid at the residence and office of film producer Imtiyaz Khatri in the Bandra area of Mumbai, offcial said.

Khatri allegedly has connections with many Bollywood personalities and he has also been previously accused of supplying drugs in Sushant Singh Rajput's case by Rajput's former manager Shruti Modi's lawyer.

Read Also
As NCB raids residence and office of Imtiyaz Khatri in Mumbai's Bandra - Here's all you need to know... 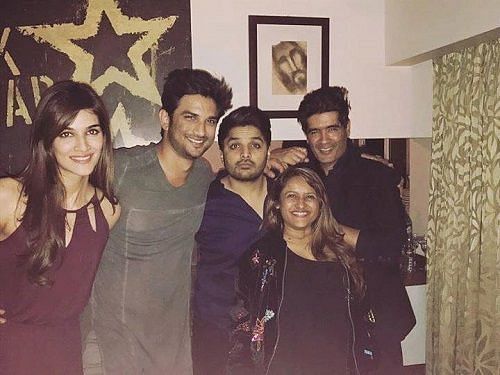 Mumbai's Esplanade court on Friday rejected the bail plea of Aryan Khan, Arbaz Seth Merchant and Munmun Dhamecha, in the case related to the seizure of drugs following a raid at a party on a cruise ship off the Mumbai coast.

Speaking to ANI, Advocate Ashwini Achari who is representing second accused Arbaz Seth Merchant said, "The court has rejected the bail application for now because the application was not maintainable. So, now we will move to sessions court and file a bail plea." An NCB team busted an alleged drugs party on the Cordelia Cruise ship which was on its way to Goa at mid-sea on October 2 night.