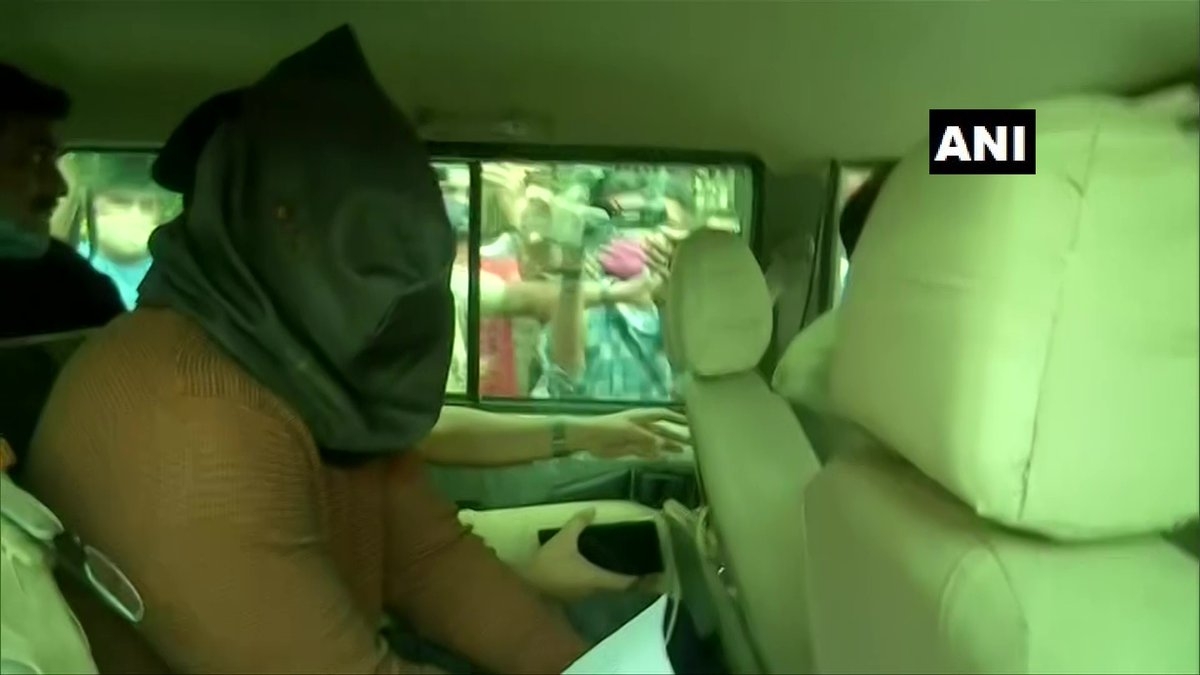 Kiran Gosavi, an independent witness of the Narcotics Control Bureau (NCB) in the drugs-on-cruise case, who was arrested by Pune City Police on charges of cheating, has been sent to police custody for 8 days by a city court.

Pune police on Thursday arrested Gosavi in connection with a 2018 cheating case registered against him here in Maharashtra, a senior official said.

Gosavi, who had been absconding, did not surrender before the police, the official said, adding that he had been moving to various locations in Uttar Pradesh, Maharashtra and Telangana while on the run. The accused was later produced in a Pune court.

His photos and videos with actor Shah Rukh Khan's son Aryan Khan went viral on social media after the NCB's raid on the cruise ship off the Mumbai coast on October 2.

Gosavi had on Monday refuted the extortion claims made by Sail, and said he will surrender before Lucknow police.

On Thursday, Pune Commissioner of Police Amitabh Gupta said they have arrested Gosavi in connection with the 2018 cheating case registered against him.

Gosavi was arrested from a lodge in Katraj area here by the Pune police at 3 am, and he will produced in a court following the due procedure, Gupta said in a press conference.

"There was a case of cheating in Pune city in 2018 in which Gosavi was the main accused," the official said. A charge sheet in the case was filed in 2019, he said.

"Though Gosavi had earlier spoken about surrendering, he never did so," Gupta said.

He used to stay in hotels in the name of Sachin Patil, while claiming he was working with an organisation, the official said.

Gosavi was apparently present during the cruise ship raid and was seen at the NCB office when Aryan Khan was taken there. His selfies and videos with Aryan Khan have appeared on social media.

He has been called an "independent witness" by the Narcotics Control Bureau (NCB), which is probing the drugs case in which nearly 20 people were arrested.

The Pune police had earlier arrested Gosavi's assistant Sherbano Kureshi in connection with the cheating case, filed by one Chinmay Deshmukh who had alleged that Gosavi cheated him of Rs 3.09 lakh under the pretext of providing him a job in Malaysia in the hotel industry. Kureshi had received the money in her account. The case was registered at Faraskhana police station here.

Earlier, a lookout circular was also issued by the police to prevent Gosavi from leaving the country.

Gupta said they recently found a photograph of the accused on social media and since then they were searching for him with police teams dispatched to various places.

"This morning, we succeeded in arresting him," he said, adding that the Pune police will investigate if there are any other cases against him here.

"If any other person comes forward with a complaint, then we will register a new case against him," he said.

There may be more victims in this case. If they come forward, then the police will register a case if the jurisdiction comes under Pune, he said.

"We were chasing him since the last 10 days. He was roaming around various places like Lucknow, Hyderabad in Telangana, Fatehpur, Jalgaon, Mumbai, Panvel, Lonavala," the official said, adding that they were tracking his locations.

Asked if the Pune police would hand him over to their Mumbai counterparts or an inquiry team of the NCB, which is probing allegations of extortion, Gupta said they have an offence registered here and he is arrested in it.

"If some investigation is pending, that will be completed first. If a new complaint comes up, we will take his custody in that case," he said.

He said if any other agency from Maharashtra wants him, they have right to take his remand.

"If any other sister agency wants his custody, then we will discuss with the DGP, and we will fully co-operate with them after discussing with our headquarters," the official said.

He said as of now, there was no such demand from the Mumbai police. If the demand for his custody is related to any crime, then they have to apply before a court, he said.

"But, if there is an inquiry and not an offence, then they will have to approach the Pune police," he added.

The official said Chinmay Deshmukh, the victim in the 2018 cheating case, has again contacted the Pune police, claiming that he has been threatened by the accused.

If Deshmukh lodges a complaint, the police will register another case against Gosavi, he said.

The official said Gosavi had claimed to be a member of the 'Stop Crime Organisation' (NGO) and also of a detective agency, but they do not have details of the NGO.

Gupta also said that Gosavi claimed he was into import and export work, basically of metals and electronics gadgets.

According to sources, Gosavi came to Pune on Wednesday with a plan to surrender at the Faraskhana police station, but later changed his mind and told some media persons that he would appear before the NCB inquiry team, which is conducting an internal probe into the allegations levelled by Prabhakar Sail.

Meanwhile, an official from Kelva police station in neighbouring Palghar district on Thursday said they will move court to seek Gosavi's custody in another cheating case registered there against him.

Earlier this month, a Palghar police spokesperson said a case was registered against Gosavi under IPC Sections 406 (criminal breach of trust), 420 (cheating), 465 (forgery), 467 (forgery of valuable security, will, etc) and 471 (using a forged document as genuine) following a complaint lodged by one Adarsha Kini.

The complainant had stated that he saw a Facebook post on April 3, 2018, with an offer to get an overseas job.

Kini and his friend Utkarsha Tare contacted the phone number and were assured by the accused (Gosavi) that he will get them jobs abroad and also the passport and visa.

The accused asked them to come to Vashi in Navi Mumbai and allegedly took Rs 1.65 lakh from the duo while promising them jobs overseas, Palghar police spokesperson Sachin Navadkar said.

As per the instructions of the accused, Kini and his friend travelled to Cochin in Kerala from Panvel in Navi Mumbai by train. When they showed the air ticket given to them at the Cochin airport it turned out to be fake, as a result of which they could not take off, police said.

When they sought a refund of the money paid to Gosavi, he evaded them, the official said.

Realising that they were cheated, they approached the police. 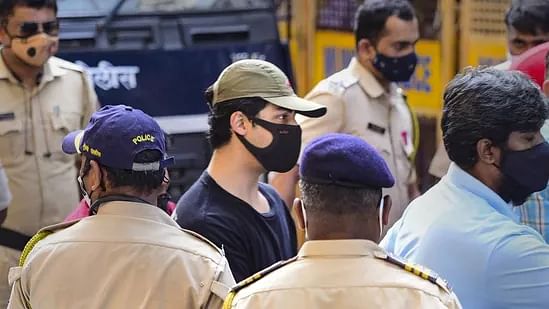