Fadnavis claimed that police cannot order a person above 65 years of age to visit a police station to record statement, and the investigators themselves have to visit such a person's residence for that purpose.
PTI Senior BJP leader Devendra Fadnavis on Thursday alleged that the police in Maharashtra's Sindhudurg district are violating law by asking Union minister Narayan Rane to visit a police station to record his statement in a case in which his son is named as an accused.

Fadnavis claimed that police cannot order a person above 65 years of age to visit a police station to record statement, and the investigators themselves have to visit such a person's residence for that purpose.

BJP MLA Nitesh Rane, son of Narayan Rane, 69, has been named as an accused in connection with an alleged attack on one Santosh Parab. Nitesh Rane represents Kankavli constituency in Sindhudurg district.

Sindhudurg police on Wednesday issued a notice to Narayan Rane to present his MLA son before them in connection with the case. They also asked Narayan Rane to be present at Kankavli police station to record his statement in connection with the case, but he did not appear at the given time, following which police pasted the notice at his residence there, police sources had said.

In a social media post, Fadnavis said, "Sindhudurg district police have given a notice to Narayan Rane under CrPC 160, asking him to visit the police station to record his statement. The police deliberately forgot that they cannot order a person above 65 years of age to visit a police station for the same. Police have to visit that person's residence and record the statement." "It looks like police have decided not to follow the law," the Leader of Opposition in Maharashtra Assembly alleged.

Fadnavis also warned the police against moving ahead with their plan.

"Asking Rane to visit a police station is a violation of law. I demand filing a case against the police officials under IPC 166A (knowingly disobeying the direction of law). If no such action is taken, then BJP will lodge a case under CrPC 156 (3) and demand that senior officials of Sindhudurg police be made party to it," the former Maharashtra chief minister said.

Amid speculation about Nitesh Rane's possible arrest in the case, Narayan Rane had on Tuesday claimed his son was being falsely implicated in the case and the MVA government in Maharashtra was misusing its power. Nitesh Rane had filed an anticipatory bail application in the attempt to murder case to seek relief from any coercive action against him.

During the recently-concluded winter session of the Maharashtra legislature, Nitesh Rane had allegedly mocked Shiv Sena minister Aaditya Thackeray by creating a cat-like sound when the latter was passing by in the legislature premises.

In August this year, Union minister Narayan Rane was arrested in connection with his alleged ''slap'' remarks against Chief Minister Uddhav Thackeray. The remarks had led to a war of words between Rane and Shiv Sena. 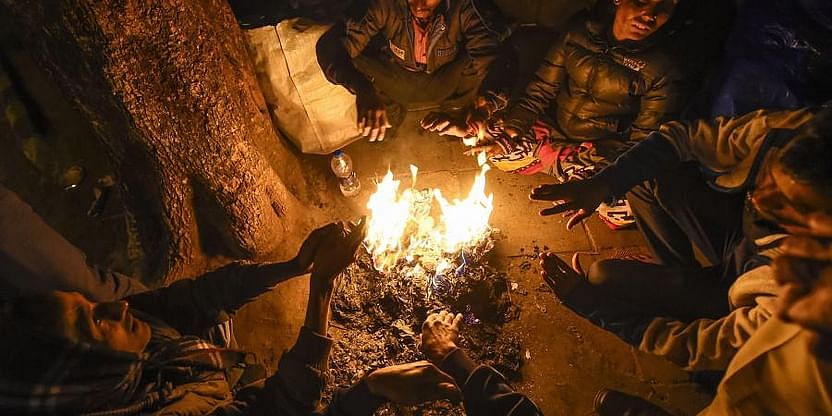