A man allegedly assaulted and molested a woman in a moving local train in Mumbai and then snatched her bag and mobile phone, but was nabbed while running away at the Churchgate railway station, police said on Thursday.

The incident took place on Monday evening, when the 20-year-old victim, a college student, was travelling from Prabhadevi to Churchgate in south Mumbai, they said.

She was alone in the women's coach when the accused, identified as Pappu Gupta, got into the compartment and sat next to her.

The victim then got up and stood near the door of the compartment, a police official said.

After the train crossed the Churni Road station, the man got up and tried to snatch the victim's bag and mobile phone, but she resisted his move and fell in the coach.

The accused then allegedly pulled the victim by her hair, bit her lips and snatched her bag and mobile phone, the official said.

The victim shouted for help, following which the accused jumped out of the train as it slowed down while entering the Churchgate railway station and started running away, he said.

On hearing the woman's screams, some commuters and police personnel present at the station chased the accused and caught hold of him, he said.

Mumbai GRP Commissioner Quaiser Khalid in a tweet on Wednesday night said, "The accused has been arrested and DCP (Western) is supervising the investigation. We regret the survivor's experience and will take the required steps to resolve her grievance on priority and provide every possible support." A case has been registered against the accused under IPC Sections 354 (assault or use of criminal force on woman with intent to outrage her modesty), 393 (attempt to commit robbery), 394 (voluntarily causing hurt in committing or attempting to commit robbery) and and provisions of the Railways Act, he said. 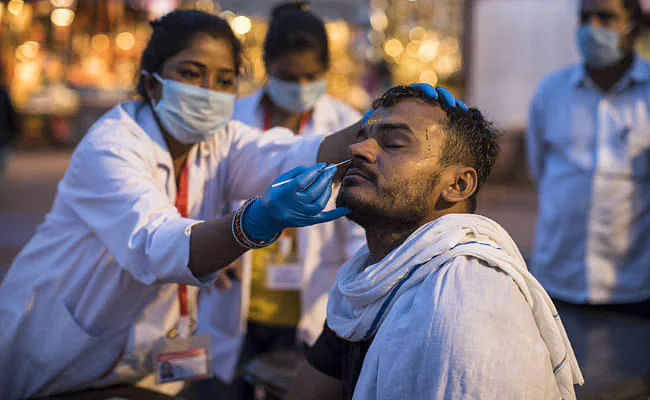