With the onset of winter, air quality has begun to deteriorate. As winter sets in, PM concentration in the air will rise
Staff Reporter 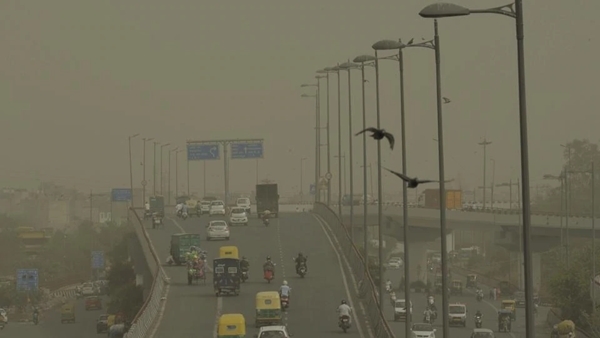 Mumbai: For the second consecutive day, the city’s air quality continued to fall under the ‘poor’ category since Sunday morning, by recording an air quality index (AQI) of 208. Experts attributed this to the dip in minimum and maximum temperatures, which have contributed to the decrease in air quality.

“With the onset of winter, air quality has begun to deteriorate. As winter sets in, PM concentration in the air will rise, as lower temperatures cause pollutants to get trapped closer to the Earth’s surface, leading to an increase in the pollution levels,” said an official from the System of Air Quality Weather Forecasting and Research (SAFAR).

An official from the Indian Meteorological Department said the haze is a result of the moisture acting on the dry Northerly winds as well as pollution.

“The high levels of particulate matter (PM) in the air and a combination of the dry winds have been resulting in hazy conditions. The city is also experiencing a dip in minimum and maximum temperatures, which have contributed to the decrease in air quality.

As such, pollutants are trapped in the surface air which makes the AQI rise,” said an IMD official. Meanwhile, IMD has also predicted very light to light rains likely to occur on December 25 in the city and its adjoining areas.

When there is a sudden change in temperature, the body fails to adjust and becomes vulnerable to infections. People should be cautious and carry warm clothes while travelling outside, especially in the early morning and night,” said Dr Rajendra Patil, a general physician.