Mumbai: Caught spitting at station? Cough up fine of up to Rs 500 on the spot 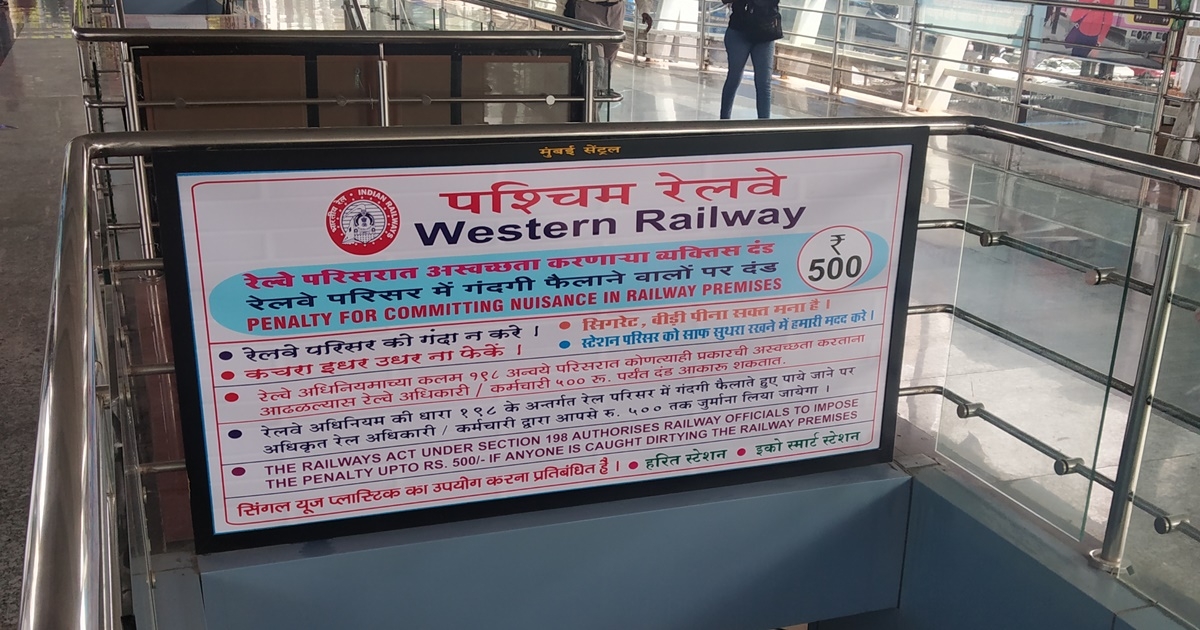 The Railways has started putting up stickers and billboards warning people to avoid spitting, throwing garbage and dirtying rail premises. Violators will have to cough up fines of up to Rs 500 for committing nuisance at large on rail premises.

Recently, 46 stations in Mumbai were awarded eco-smart tags by the National Green Tribunal (NGT). Under the eco-smart tag, the railway station will work on the ‘polluter pays’ principle, wherein the litterers will be asked to cough up fines on the spot. The Western Railway (WR) has started putting up billboards at various railway stations as well.

These billboards state the probable reasons for which a fine amount of Rs 500 could be levied by railway staff: ‘Do not spoil rail premises by throwing garbage, wrappers, plastic covers and help keep the railways clean and tidy. Smoking of cigarette and beedi is prohibited. The Railways Act under section 198 authorizes railway officials to impose penalty up to Rs 500 if anyone is caught dirtying the rail premises.’ There is one such displayed on the staircase of Mumbai Central railway station.

“We have caught 2,442 people for spitting, throwing garbage and spoiling station premises and recovered fines of Rs 5.03 lakh from them,” said a Western Railway official. Likewise, the Central Railway authorities stated that from April to September this year, they had collected fines amounting to Rs 2.42 lakh from 1,078 people.

“We will be increasing checks on passengers and catch those who litter on rail premises,” said a CR official.

Notified officials like ticket-checkers and RPF personnel have been authorised to recover the cost of restoration of damage to the environment from the polluters in accordance with the law. The rules mandate all vendors and hawkers to make necessary arrangements to keep containers or waste baskets for collecting litter and call for proper disposal of its contents. The rules also mandate water and energy audits, upgrading cleanliness contracts, monitoring of cleanliness by CCTV, composting plants at stations and bottle-crushing machines.

There are 720 eco-smart stations on Indian Railways, based on footfall and station earnings. Forty-six of these are in Mumbai, including the CSMT, Kurla LTT, Dadar, Kalyan and Panvel. On Western Railway, Mumbai Central had become the first station in Mumbai region to have a ‘polluter pays’ policy in place. 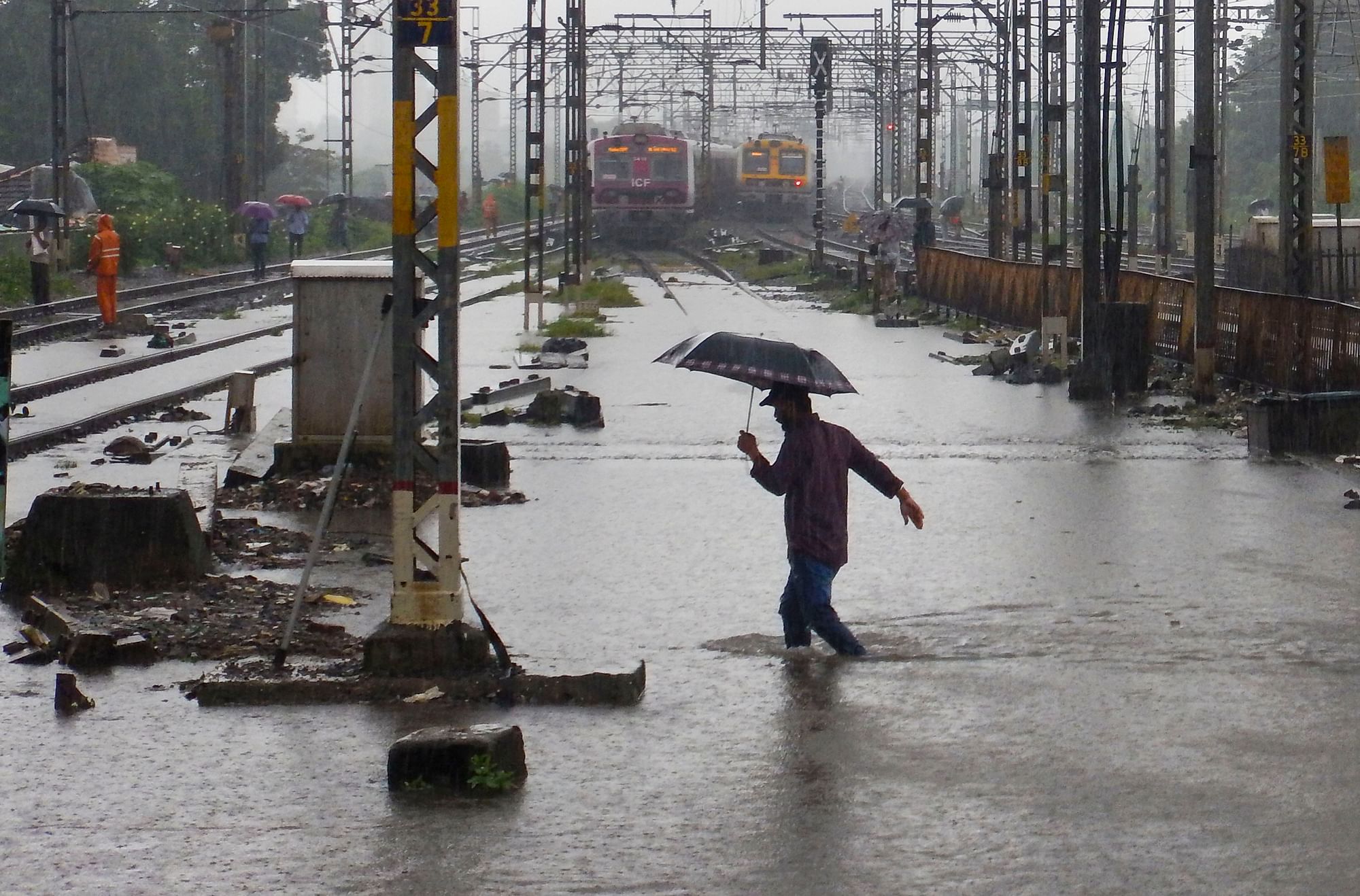