Mumbai: BMC will go door-to-door to look for malnourished children

The last available study on malnourished and undernourished children was conducted by Praja in 2018-19; experts say no clue during the pandemic as anganwadis were shut
Swapnil Mishra 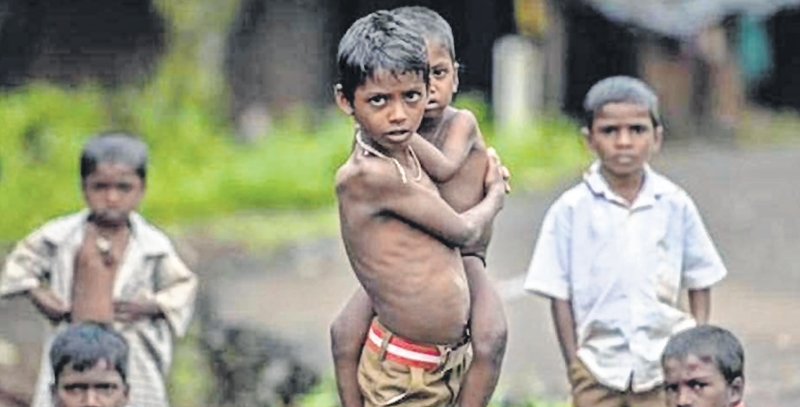 The Brihanmumbai Municipal Corporation (BMC) is planning to start a door-to-door drive to find and treat malnutrition cases in the city, considering the initiative had stopped during the pandemic due to anganwadis being shut. Doctors said there is a need to keep a tab on malnourished or undernourished children as they are likely to become more vulnerable to contracting Covid-19 due to low immunity and several other underlying health issues.

According to a report compiled by NGO Praja (a non-partisan organisation that conducts data-driven research and provides information on civic issues) analysed the Municipal Corporation of Greater Mumbai’s (MCGM) school health check-ups and deaths data in the city and found that 17 per cent children in anganwadis across Mumbai were underweight in 2018-19, of which, 2,713 were severely underweight. The report had also highlighted that of the 2,26,066 students who were screened at BMC-run schools, 7,383 were reported underweight and 1,421 were overweight, reflecting the double burden of malnutrition.

It further revealed that 2,212 of these students had a vitamin A deficiency, and 1,652 had a deficiency of vitamins B, C and D, all of which are primarily caused due to nutritional deficiencies in the diet.

The civic body, which is also starting a similar drive to trace tuberculosis patients in the city, plans to start the drive by next week. Mankhurd, Govandi, Malad-Malvani are few of the areas that house a section of society vulnerable to and suffering from malnutrition.

A senior health officer from the civic health department said the health of malnourished children, which has taken a back seat during the pandemic, needs to be addressed on an immediate basis.