The BJP also highlighted that the condition of Congress has deteriorated in the Maha Vikas Aghadi government in Maharashtra.

Speaking to ANI today, Shehzad Poonawala, the BJP spokesperson, said, "The one who has no vision and mission for the country met on Sunday in Maharashtra. Those who have ambitions to become Prime Minister are now getting together. But the question is who wants to become PM of India in 2024; is it Mamata Banerjee, Rao, or Rahul Gandhi?" The BJP leader highlighted that the condition of Congress has deteriorated in the Maha Vikas Aghadi government in Maharashtra.

"The condition of the Congress has deteriorated in the Maha Vikas Aghadi government. Sharad Pawar and Uddhav Thackeray are meeting Telangana Chief Minister to make a non-Congress alliance in the whole country. So it appears that the meeting passed a no-confidence motion against Congress," he said.

Notably, Shiv Sena, NCP, and Congress are in an alliance in Maharashtra.

This meeting came after Telangana Chief Minister gave a call to Opposition parties to unite against the BJP.

Shiv Sena mouthpiece 'Saamana' on Sunday said the meeting will expedite the process of political unity at the national level against the BJP.

Telangana Chief Minister had earlier hit out at the BJP and said that it should be "expelled" from the country or else the country will be "ruined". He also called for political forces coming together to "oust" the BJP from power.

As part of efforts to bring various opposition parties together against the BJP, Chief Minister KCR is also planning to meet his West Bengal counterpart, Mamata Banerjee. 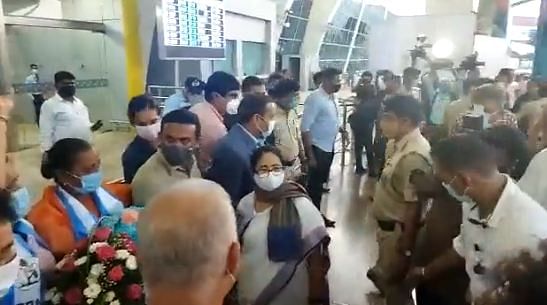