HomeMumbaiMumbai: BEST to double its fleet in a year

The Brihanmumbai Electric Supply and Transport (BEST) Undertaking presented its budget for 2023–24 on Wednesday and announced that it will double its fleet in a year, with half of them being electric buses (e-buses). At present, BEST has around 3,600 buses, of which only 15% are electric; the rest are either CNG-operated or diesel-fired.

As per BEST’s budget proposal submitted to the BMC, its parent body, there’s a provision of around Rs 700 crore to buy 700 new buses and around Rs 1,200 crore to upgrade the electricity supply network.

The BEST said its estimated loss in the next fiscal year will be Rs 2,000 crore, which is less than the previous fiscal year's budget deficit of Rs 2,236 crore.

While last year the electricity division’s budget deficit was around Rs 125 crore, in the current budget it is expecting a profit of over Rs 100 crore.

The BEST distributes electricity in the island city; its area of distribution is from south Mumbai to Sion in the east and Mahim in the west. It provides power supply to around 10.5 lakh consumers. 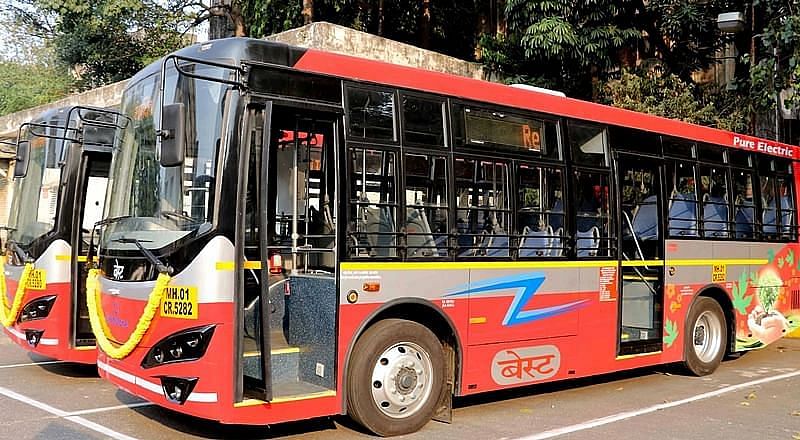 BEST’s project to replace traditional meters with smart meters will be completed in a phased manner in two years and will reduce the supply interruption time.

The Undertaking’s plans also include replacing old buses with state-of-the-art AC e-buses, which are not only emission-free but also noiseless.

The BEST has also proposed to start "water taxis" along the eastern waterfront and is in talks with the Mumbai Port Trust and the Maharashtra Maritime Board. "We are looking at the viability of this newly proposed project, which is mentioned in our budget, and will explore the possibility of running our own BEST water taxis across the coastline in the next financial year," said a BEST official adding that budget had also proposed e-cabs in Mumbai, for which the undertaking has begun the process of floating tenders to invite agencies which can provide environment-friendly e-cabs with drivers.

These vehicles will bear the BEST logo and accept bookings from bus passengers using the Chalo app. The budget also proposes to increase ladies specials from 133 to 500 buses, and 50 buses which are open deck with the lower deck air-conditioned. The BEST fleet will also be doubled to 7,000 buses by March 2024, which will include 900 electric double deckers with two staircases and premium buses with luxury facilities. The budget also ruled out the chance of a fare hike until March 24.

As per BEST General Manager Lokesh Chandra, the modernisation of bus stops and its fleets are the focus areas of this budget. “Apart from that, the new budget also reflects customer friendly initiatives being taken by the Undertaking,” he said