Mumbai | Artificial is real now: Hsg societies had set up own ponds for immersion 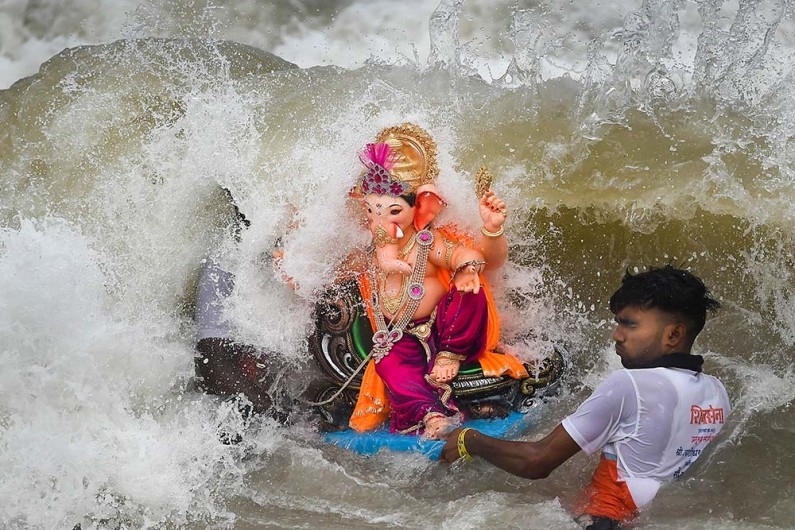 This Ganpati festival was exemplary. Not only quieter, it will also be remembered as one when Mumbaikars set up their own immersion ponds to save the environment.

Serenity Complex in Lokhandwala set up its own 5.4 cubic-metre artificial pond. It had a diameter of seven feet and depth of five feet. The residents said it was their first go-green time. Karan Jotwani, a resident of the society and founder member of Lokhandwala Oshiwara Citizens’ Association (LOCA), said the pond was set up for the one-and-a-half-day immersion only by using inflated tubes. “We used to have a five-day Ganapati. However, we immersed the idol earlier owing to the pandemic,” said Jotwani. He said eight idols made of clay were immersed in the pond.

Another Oshiwara society, Tarapore Gardens, said they had 30 immersions in their own artificial pond created within the society. Secretary Yatindra Pal said there are 294 flats in this society and immersions were conducted from the first day till the final day of Ganeshotsava. “We had dug a four-feet deep pit which was made waterproof by using concrete and cement,” he said, adding that to ensure that eco-friendly measures were followed, residents were asked to bring home idols made only of clay.

A Mulund based housing society, Atmosphere, had also set up its own artificial pond where 70 idols were immersed on the final day. Residents said they used to carry out immersion at a natural water body near their building. However, they have realised that due to chemicals present in the idols marine life gets severely affected. Amit Mistry, a resident, said they built a pond to set an example for others.