The incident took place at 1 pm on Monday when the aircraft tug of Air India flight AI-647 caught fire near the plane.
Priyanka Navalkar 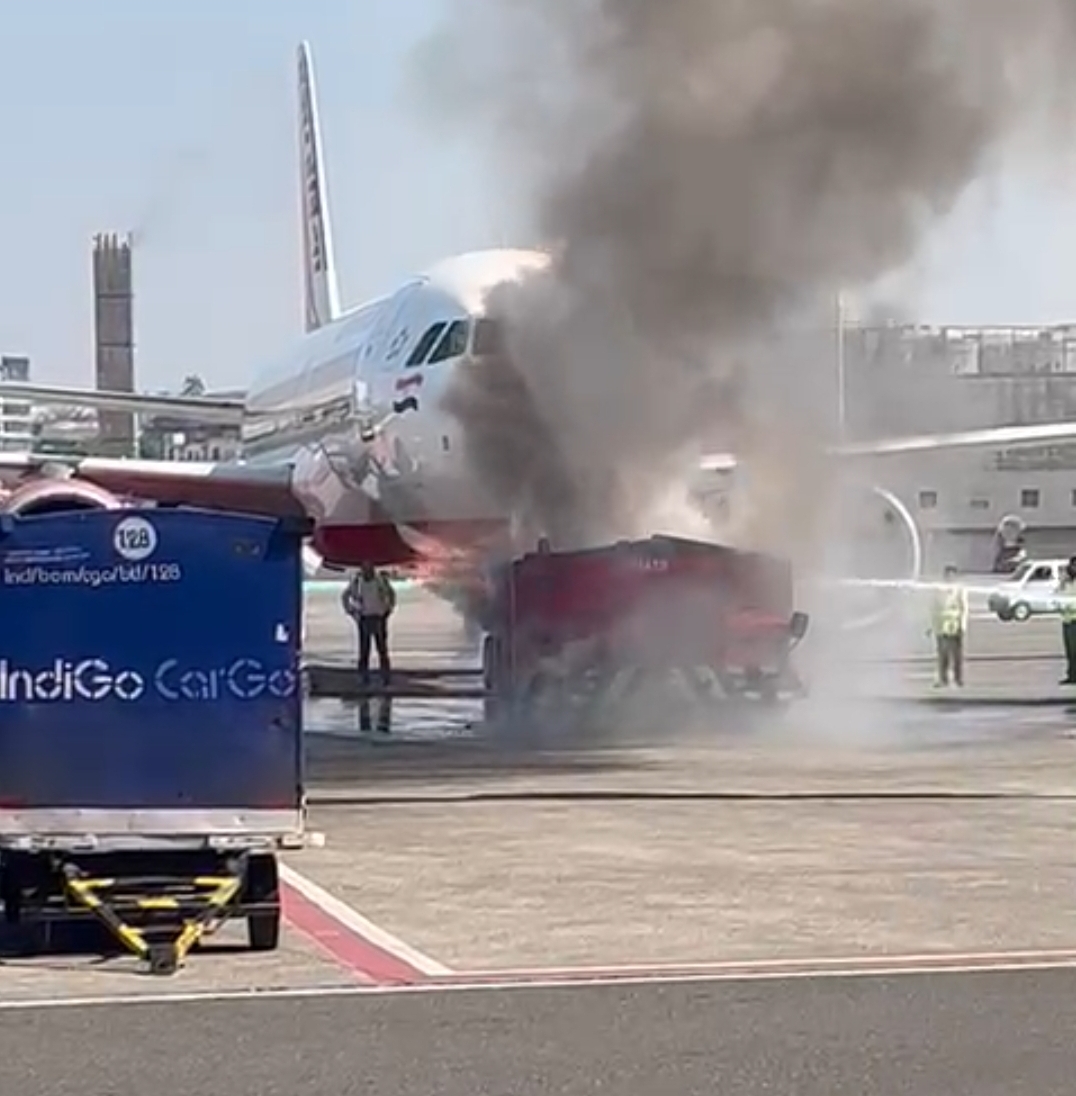 A major accident at the Chhatrapati Shivaji Maharaj International Airport (CSMIA) was averted on Monday afternoon when a pushback aircraft tow tug, a vehicle that tows the plane, caught fire when it was pushing an Air India flight AI-647 bound to Jamnagar with 85 passengers on board.

While no casualties or injuries were reported in the incident, the fire was brought under control, officials said, adding that there was no damage done to the aircraft.

According to the sources, there was a major fire incident when the vehicle that towed the plane caught fire.

The Air India vehicle was at stand V26R when the tractor was gearing up to push back Air India Mumbai-Jamnagar flight AI-647 — and A320 aircraft.

The incident took place at 1 pm on Monday when the aircraft tug of Air India flight AI-647 caught fire near the plane.

Soon after the incident, as the thick fumes were seen billowing out of the conflagration, an airport fire brigade team, the ground staff immediately rushed to begin the fire fighting operations and the passengers were rescued.

The fire was brought under control by the Fire Department in under 10 minutes.

"No injuries, no damage to anything else. We are checking with the airport ground handler for more information," Air India said in a statement. The aircraft departed after a slight delay.

There was no damage to the AI's A320 aircraft or any human casualties, though a potentially major hazard was averted with the prompt response, and all operations at the CSMIA are continuing normally. The cause of the fire is yet to be ascertained.

Thane: Two bike riders, hit by vehicle from behind, die in different accidents