HomeMumbaiMumbai: Ahead of Dussehra rallies, Thackeray faction and Shinde camp engage in poster and teaser war

Uddhav is also expected to fire a salvo against Shinde camp for betrayal and target BJP for its ‘’fake’’ Hindutva which is merely used to get power.

Ahead of Dussehra rallies, the Thackeray faction and Shinde camp are engaged in the poster war and they have also geared up for mobilisation of their supporters in large numbers.

Thackeray faction, which is engaged in a legal battle, came out with posters that read ‘’It is a period of crisis. However, we have a fighting history.’’ These posters were displayed at Shiv Sena Bhavan and outside Matoshree. The poster also says, ‘’ 'वाजतगाजत गुलाल उधळत शिस्तीनेया चला शिवतीर्थावर' (Come at Shivtirth by following discipline). Thackeray faction, which is struggling to keep its flock together after the rebellion staged by Eknath Shinde and 39 legislators and their decision to form the government with estranged ally BJP, wants to send out a clear signal that it may be down but not out. Shiv Sena president Uddhav Thackeray, who will be the star speaker at the Dussehra rally at Shivaji Park, is expected to target Shinde, BJP and appeal to the Mumbaikars to continue its faith in the party which has remained with them in good and bad times.

Uddhav is also expected to fire a salvo against the Shinde camp for betrayal and target the BJP for its ‘’fake’’ Hindutva which is merely used to get power. 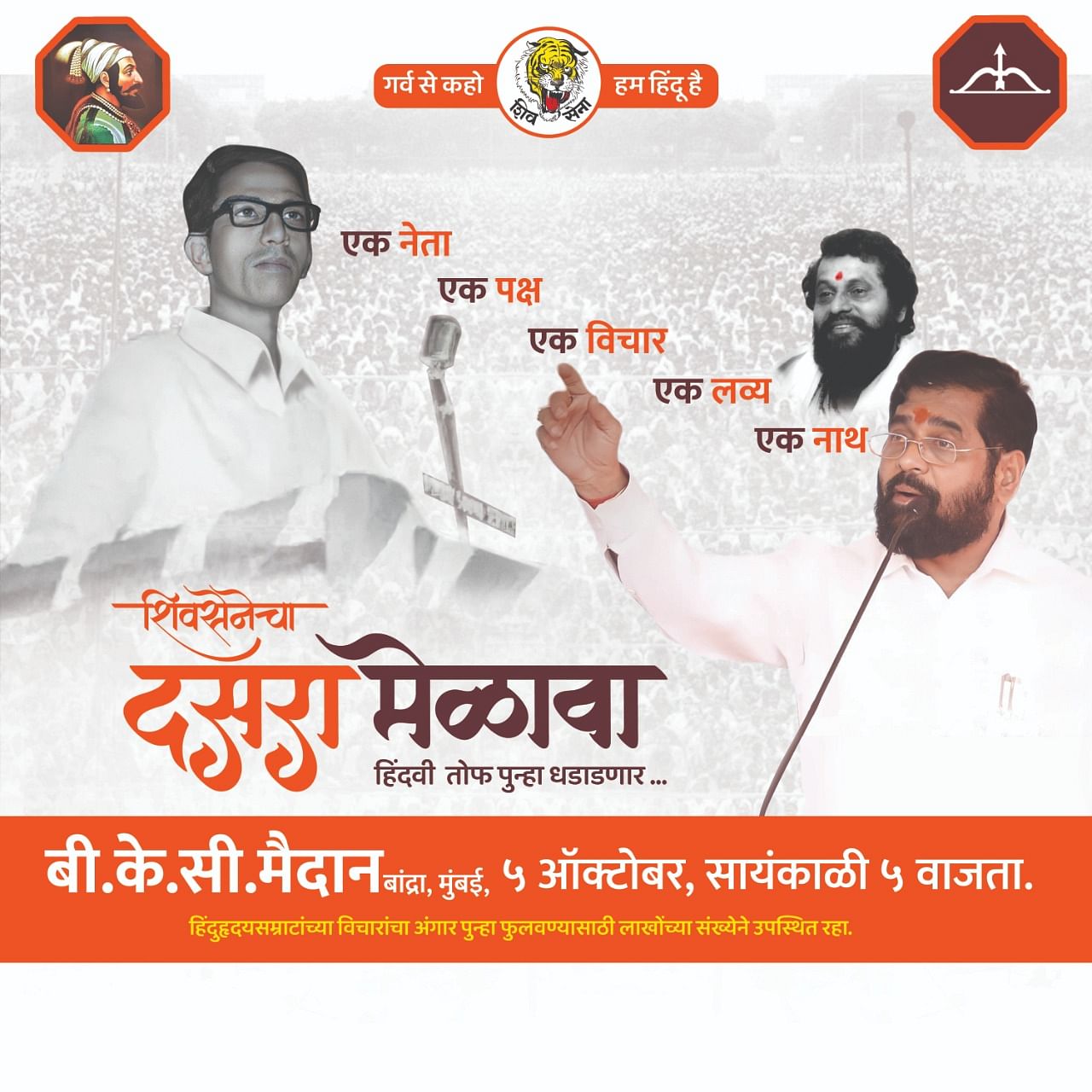 Shinde camp claims itself to be a real Shiv Sena and it proposes to fire salvo against Thackeray faction for compromising Hindutva to get power by joining hands with then traditional political opponents NCP and Congress.

Interestingly, the Thackeray faction also released its teaser with a roaring Tiger marching on his way. This is to show that it was not deterred by the coup but determined for its rejuvenation and consolidation.

On the other hand, the Shinde camp also came out with a teaser with Shiv Sena supremo Balasaheb Thackeray’s voice. In the voice-over, Balasaheb's voice can be heard saying, "The saffron flag of Shivraya, the Bhagva (saffron) flag of Shiv Sena and Hindutva must be kept flying continuously and consistently." At the end, "Jai Hind, Jai Maharashtra, Vande Mataram" is also heard in Balasaheb's voice.

It is followed by a tag, “One leader, one party, one thought, one love.’’ Chief Minister Eknath Shinde is being portrayed as Eklavya.

The teaser also features a roaring tiger, which is the identity of the Shiv Sena, with a punch line “Garv se kaho hum Hindu hain.’’ 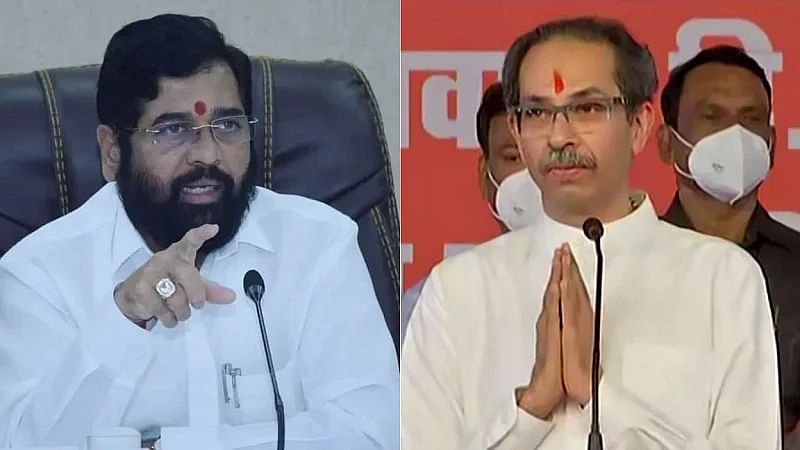