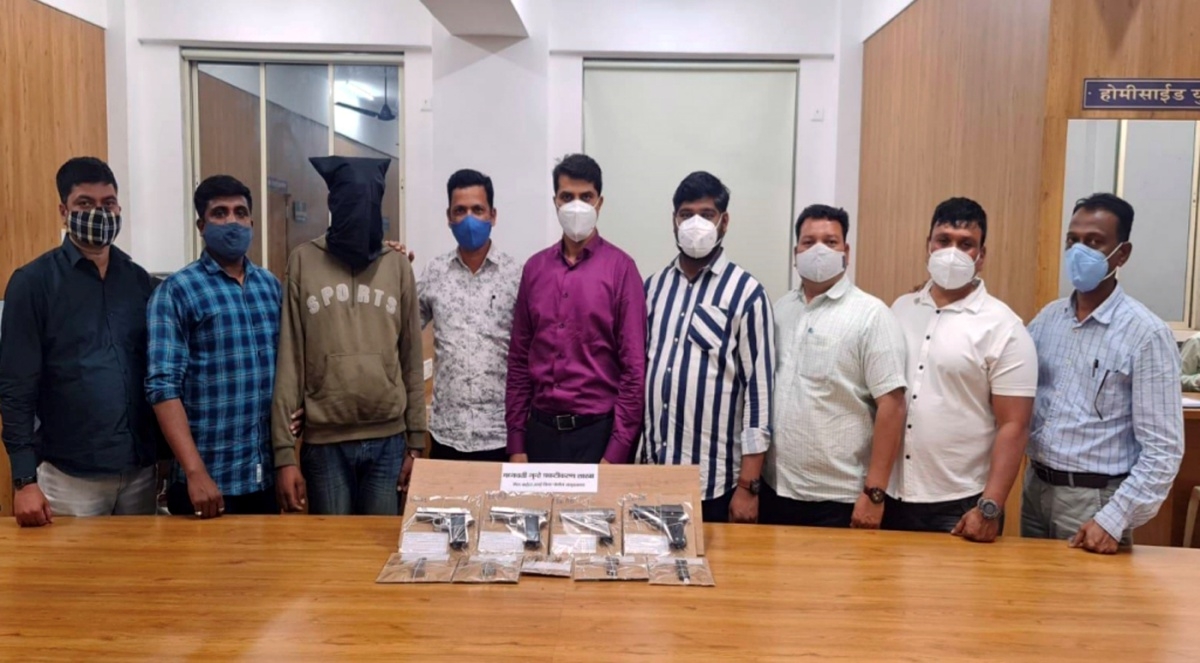 Three days after a 23-year-old man who was found to be carrying illegal firearms in Kashimira, the central crime detection unit of the Mira Bhayandar-Vasai Virar (MBVV) police recovered two more pistols which had hid in a remote village in Madhya Pradesh. Acting on a tip-off, that a person would arrive to sell firearms in their jurisdiction, the team led by Police Inspector-Rahul Raakh and API Nitin Bendre under the guidance of DCP (crime) - Dr. Mahesh Patil laid a trap near Hotel Delhi Darbar on the service road in the Ghodbunder area of Kashimira and rounded up a person identified as-Parmanand Ramesh Matre (23).

Upon frisking, Matre was found to be in possession of two country-made pistols, live cartridges and magazines-all worth around Rs.68,000. Investigations revealed that the accused was a resident of Subhash Nagar in Nagpur and had apparently arrived in the city to sell the firearms. After rounds of sustained interrogation, the accused led the team to a house in Madgaon village area of Barwani district in Madhya Pradesh.

Here the team recovered two more country made pistols worth Rs, 62,000. The police arrested the accused and booked him under the sections of the Arms Act, 1959. However, like other cases, the source of firearms and the name of prospective buyers continues to remain a mystery. API Nitin Bendre is conducting further investigations into the case. Mira Bhayandar: Steel unit owners at loggerheads with MBMC over their refusal to lift waste