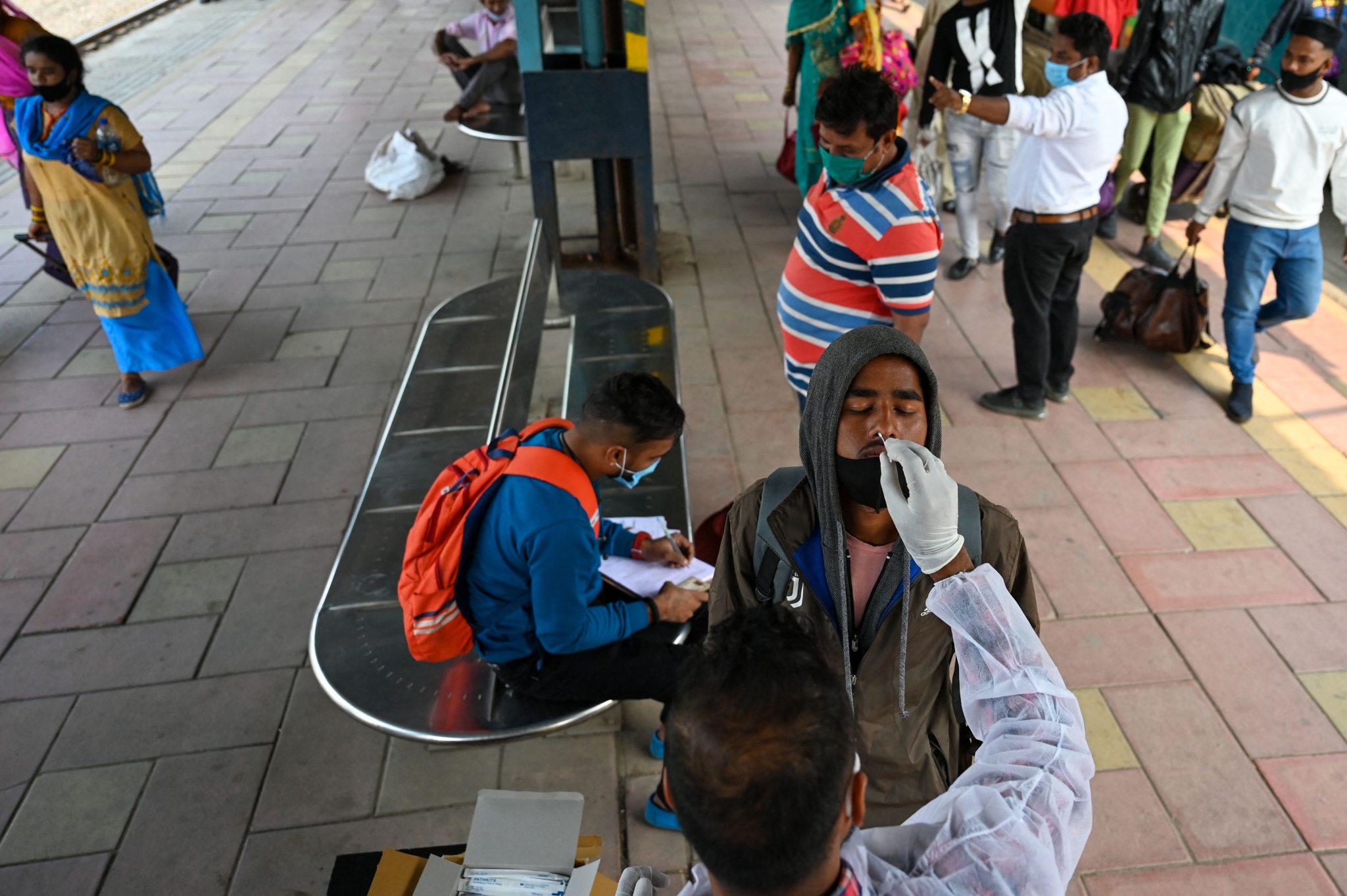 A health worker wearing protective gear takes a nasal swab of a passenger during a Covid-19 coronavirus screening after arriving at a railway platform on a long distance train, in Mumbai on January 6, 2022. | (Photo by Punit PARANJPE / AFP)

With this, the total number of Omicron cases in the state has jumped to 876.

Of the 876 cases in Maharashtra, 565 are from Mumbai, followed by 83 in Pune Municipal Corporation, 45 in Pimpri Chinchwad, 29 in Pune rural, 36 in Thane, 17 in Panvel, 30 in Nagpur, 10 each in Navi Mumbai and Kolhapur, 8 in Satara, 7 in Kalyan Dombivali, six in Osmanabad, five in Bhivandi Nizampur, four in Vasai Virar, 3 each in Nanded, Amravati and Ulhasnagar, two each in Aurangabad, Buldhana, Mira Bhayandar and Sangli, and one each in Latur, Ahmednagar Akola and Raigad.

Out of these, 381 cases have been discharged following a negative RT-PCR test.