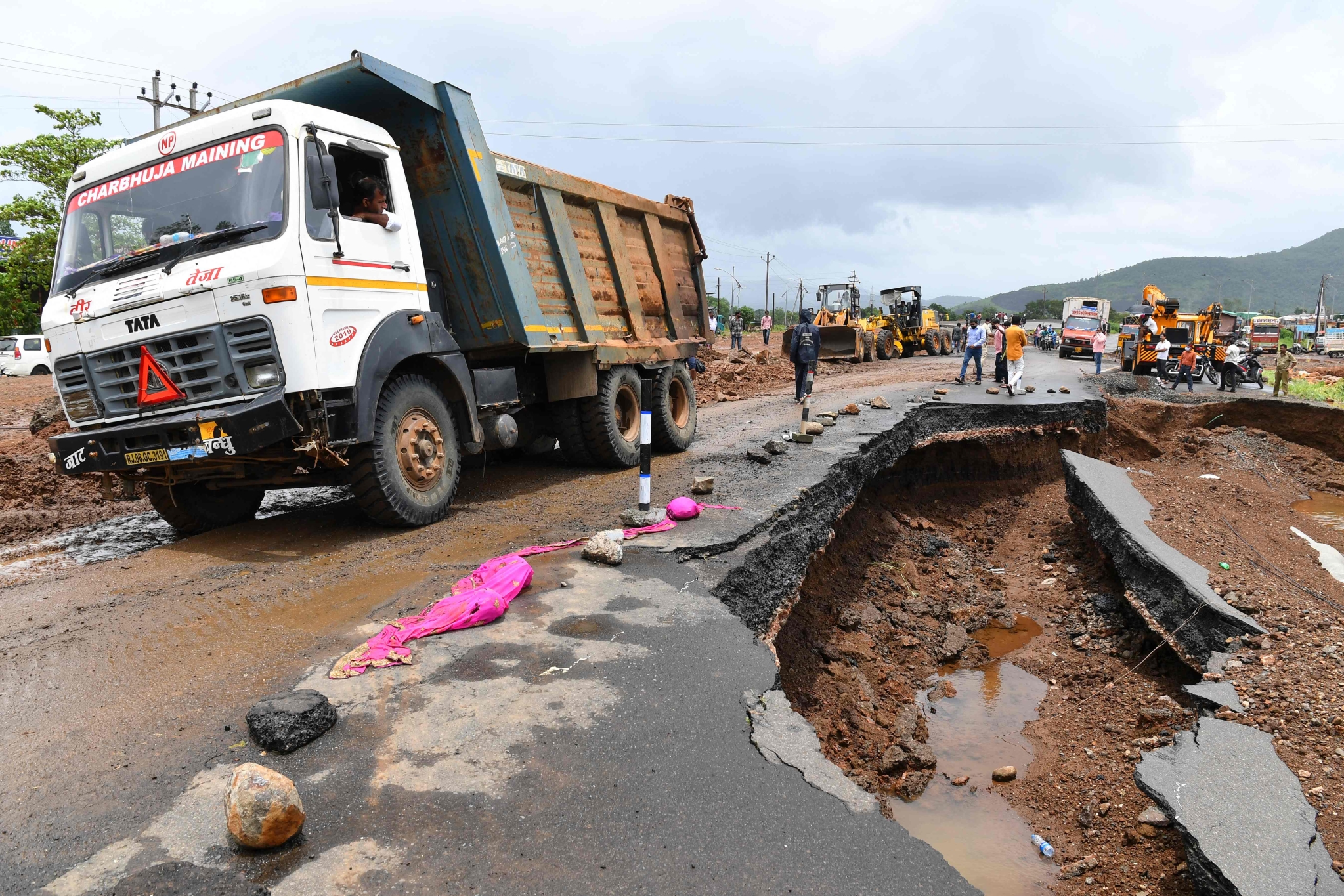 People gather along a road partially washed away from the rain at Mahad on July 24, 2021, as the death toll from heavy monsoon rains climbed to 79, with nearly 100,000 others evacuated in the western state of Maharashtra. | Photo by AFP

Mumbai: The recent floods and heavy rains in parts of Maharashtra have caused an estimated Rs 1,800-crore damage to roads in the affected districts, PWD Minister Ashok Chavan said on Friday.

Besides Konkan, vast parts of western Maharashtra were battered by floods and rains.

As per preliminary information, 290 roads were closed for traffic during the rain fury and movement of vehicles was affected on 469 motorways, the minister said.

As many as 140 bridges were also damaged, he said.

Chavan said he has spoken to Union Transport Minister Nitin Gadkari about the damage caused to road infrastructure in the state.

At least 213 people died and thousands were evacuated as incessant rainfall caused flooding and landslides in many parts of Maharashtra. Raigad, Kolhapur and Sangli were among the worst-affected districts.

Earlier in the day, Chief Minister Uddhav Thackeray visited Kolhapur district to take stock of the damage caused by torrential rains and subsequent floods and review the prevailing situation.