HomeMumbaiMaharashtra: Rahul Gandhi says that horse trading of leaders is an attempt to stub Opposition

Maharashtra: Rahul Gandhi says that horse trading of leaders is an attempt to stub Opposition

Rahul Gandhi was addressing the press in Akol district and he addressed various issues; he also slammed BJP and implicitly called them dictators.

Rahul Gandhi-led Bharat Jodo Yatra is currently in the Akola district of Maharashtra and the Gandhi scion, on November 17, Thursday, addressed the press. Rahul Gandhi had stoked controversy recently by claiming that Veer Savarkar was working for the British and in today's interaction he reiterated his claim. He also challenged Maharashtra government to stop the rally.

When Gandhi was questioned what warranted the need for Bharat Jodo Yatra, he said that there's an animosity, fear in the atmsphere of the country. The youth and farmers in the country think the future is bleak and thus we began with the really.

He further said, "The youth across India is scared due to rising unemployment. I have met so many young persons who are not confident that they will get a job in the field they are studying."

Gandhi further said that farmers too are worried and alleged they have no support, they don't get adequate remuneration for their crops and are debt ridden.

He also alleged that the public has to approach private players if they have to avail healthcare or educational needs. The government-run institutions have been left behind.

While speaking about Savarkar controversy, he said that he was indeed working for the British. He read out an alleged letter he had written to the British. The last line of the letter read, "I beg to remain sir your most obedient servant."

He repeated the line in hindi and said, "Savarkar helped the British, there is no doubt about it."

Gandhi said that the BJP has shown violent ways to the public. He alleged, "BJP has hateful ways, they have shown people how to use violence, fear to their advantage."

He added that Congress leaders, through this Yatra, are showing we can coexist in a civil fashion, have a dialogue or debate if we don't agree with someone's opinions. "We are not dictators," he added.

While answering a question on horse trading of leaders, he said that the BJP is using money to stub off the Opposition and said it is a silver lining. He called it "Opposition ki safai [Cleaning of Opposition]" as all the corrupt leaders who can be bought for a few crore rupees leave their party.

Earlier today, actor Riya Sen had joined Rahul Gandhi during the Maharashtra leg of the Bharat Jodo Yatra. Pictures and videos of the same have surfaced on social media. 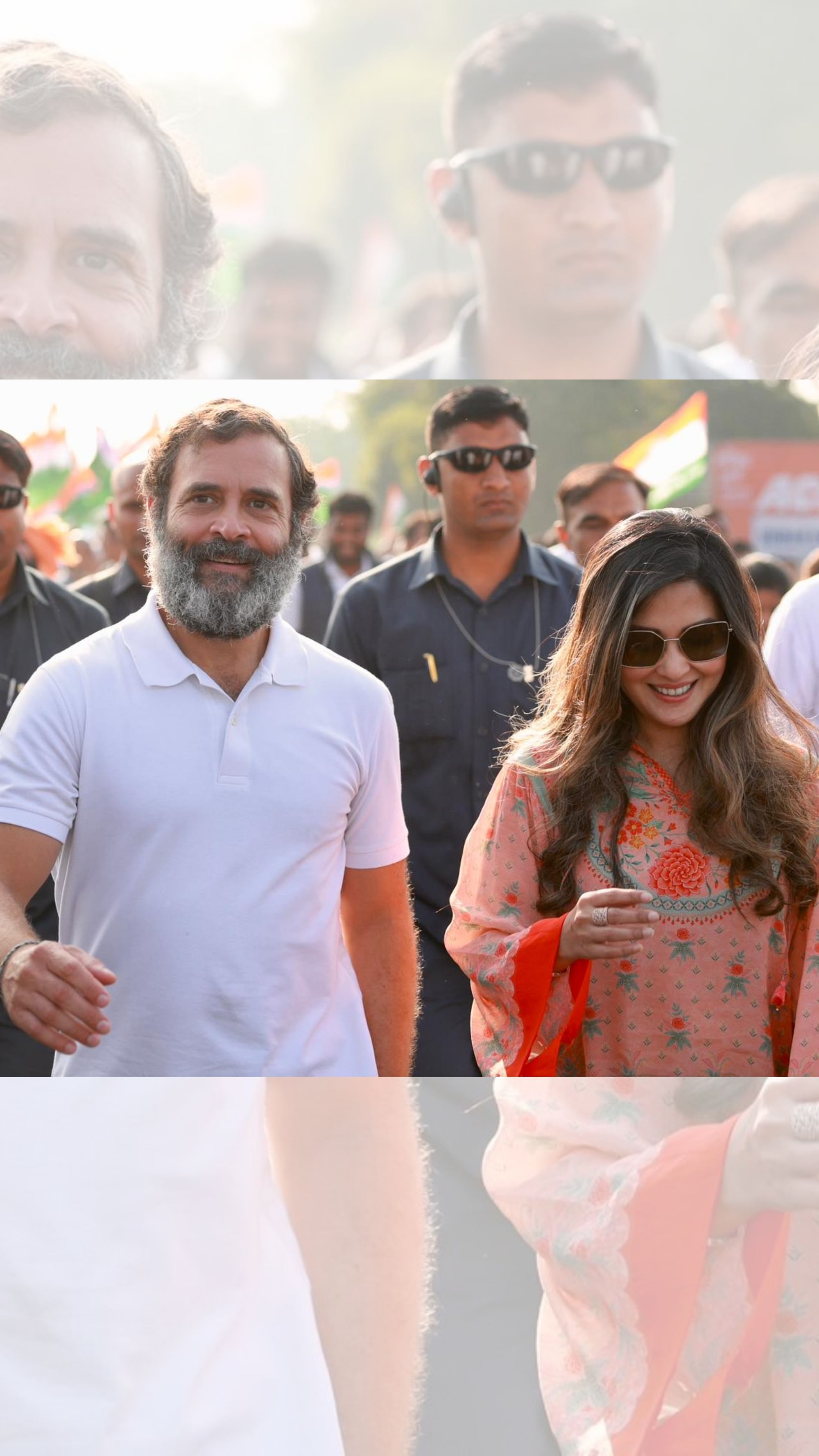 Rights groups write to CJI on suspension of Saibaba acquittal