The initiative comes with the efforts of Airo Guard in collaboration with the Indian Railways.
ANI 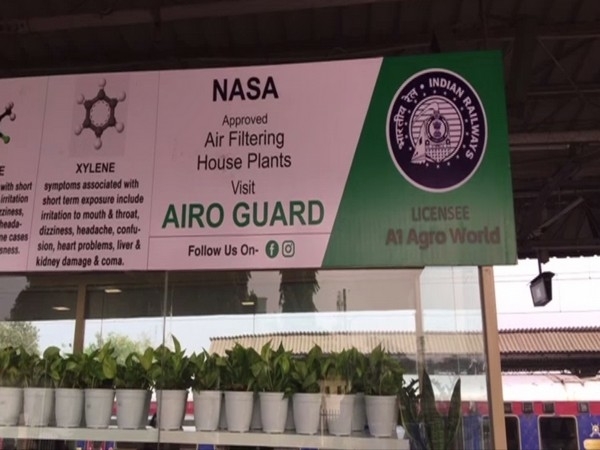 Nashik: In a unique initiative to battle rising air pollution in cities, an 'Oxygen Parlour' has been opened at Nashik railway station to provide an experience of breathing clean air to the commuters.

The initiative comes with the efforts of Airo Guard in collaboration with the Indian Railways.

The co-founder of Airo Guard, Amit Amritkar said that the concept of Oxygen Parlour is based on the recommendation of the National Aeronautics and Space Administration (NASA). "In 1989, NASA had conducted a study in which they identified some plants that better absorb the five most harmful pollutants from the air. We have planted most of those plants here," Amritkar told ANI on Monday.

He said that these plants can clean the air in an area of 10X10 feet around them.

"There are around 1500 plants here, so, these plants can directly and effectively bring down the pollution in the air at the railway station and allow the people to breathe cleaner air," he said.

Amritkar said that their objective is to expand this initiative to every railway station as well as every home.

"People can also gift one of these plants to friends and family. It will expand the reach of this initiative and help improve the air quality across the country," he added.

The commuters at the railway station also commended the effort as a positive step towards combating air pollution in the cities across the country.

"This is a good effort towards improving air quality. I think that there should be such parlours in all the polluted areas and railway station," one of the commuters at Nasik railway station said.