‘’You have lost a moral right to remain on the Speaker’s post and therefore we are filing a no confidence motion against you,’’ MVA’s letter reads.

Nagpur: In a big Political development on the eve of the conclusion of ongoing winter session of Maharashtra Legislature, the Maha Vikas Aghadi (MVA) have submitted a no confidence motion against the state assembly Speaker Mr Rahul Narwekar expressing strong displeasure over his style of functioning for not allowing opposition to speak. 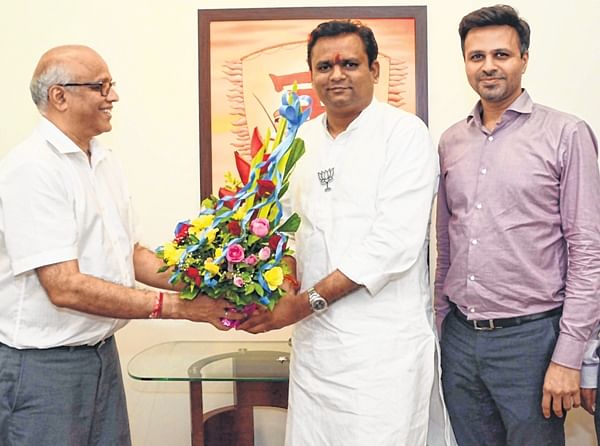 ‘’You have lost a moral right to remain on the Speaker’s post and therefore we are filing a no confidence motion against you,’’ MVA’s letter reads.

MVA has been at the loggerheads with the Speaker since his election held on July 3 after Mr Eknath Shinde led government took over on June 30 in the state.

MVA leaders during the ongoing winter session have repeatedly raised their discontent against Mr Narwekar for allegedly favouring the ruling alliance by not allowing the opposition to speak. Leader of Opposition Mr Ajit Pawar, NCP mLA Mr Jayant Patil, Congress MLA and former speaker Mr Nana Patole and Shiv Sena Uddhav Balasaheb Thackeray MLA Mr Bhaskar Jadhav were among others who wanted the Speaker to allow the opposition to express their views or raise point of order or point of procedure or point of information.

They were angry as they could not get enough time during discussion over Maharashtra Karnataka border issue, allegations levelled by the ruling members against former minister Mr Aaditya Thackeray, on the regularisation of Gairan land by agriculture minister Mr Abdul Sattar and various other issues.

Matter may be taken up in budget session

The state assembly’s former principal secretary Dr Anant Kalse told the Free Press Journal, ‘’The motion for the removal of the Speaker can be given under the Article 179 of the Constitution of India and rule 13 of the Maharashtra Legislative Assembly Rules. The 14 days are required for its maturity. The motion will not come up for discussion during the ongoing winter session but may come up in budget session.’’ He further said, ‘’The Business Advisory Committee will decide when the motion to be taken for discussion and how many days to be allotted for it.’’

A senior BJP legislator said the motion will be defeated as the Shinde camp and BJP together have a majority.