Days after the state cabinet cleared the establishment of solar power projects with a total generation capacity of 577 MW, the MahaGenco, on Monday, has dashed out a letter of intent to Tata Powerowned subsidiary T P Surya Ltd for the setting up of 250 MW grid connected solar photovoltaic power plant in Dhule district. The project has been awarded through tariff based competitive bidding followed by e-Reverse auction. The entire power will be procured by the state public distribution company the Maharashtra State Electricity Distribution Company Limited.

The solar power will be commissioned within 15 months from the data of execution of the power purchase agreement (PPA).

A senior MahaGenco officer told the Free Press Journal, “The company will soon file a petition seeking the approval of Maharashtra Electricity Regulatory Commission (MERC) for the tariff, expects the regulator’s order in the next two months.”

The MahaGenco has a total solar capacity of 184 mw which has come up since 2011. Despite loud claims by the successive governments, there has been slow movement in the development of solar projects in the state.

Tata Power CEO & MD Praveer Sinha said, “We are proud to win this large scale grid connected solar photovoltaic engineering, procurement and construction (EPC) power project. The project will further promote the share of renewable power in the overall energy mix in Maharashtra. With this, the total renewable capacity of Tata Power will reach 4611 mw with an installed capacity of 2,947 mw and 1664 mw under implementation.” As far as the MahaGenco is concerned, the previous BJP government and the Maha Vikas Aghadi government have quite often announced to increase the solar generation capacity to 25,000 mw. However, the procedural delays, lack of timely decisions and technical issues have hampered the capacity addition despite repeated announcements. 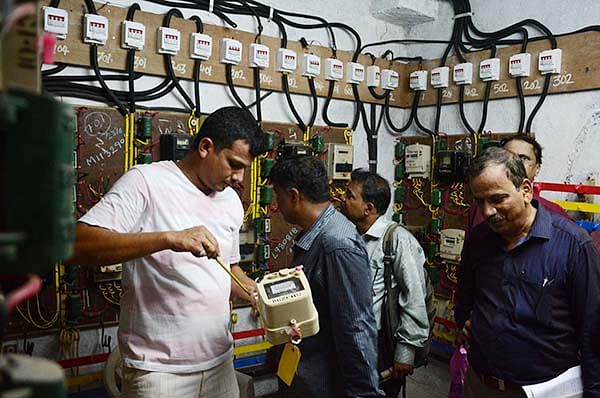