Safran S.A. is a French multinational company that designs, develops and manufactures aircraft engines, rocket engines as well as various aerospace and defense-related equipment or their components |
Follow us on

The company had evinced interest to set up the project in Multi-modal International Cargo Hub and Airport (MIHAN) at Nagpur. However, the French major opted for Hyderabad, reportedly due to delays in acquiring suitable land for the project in MIHAN, Nagpur. 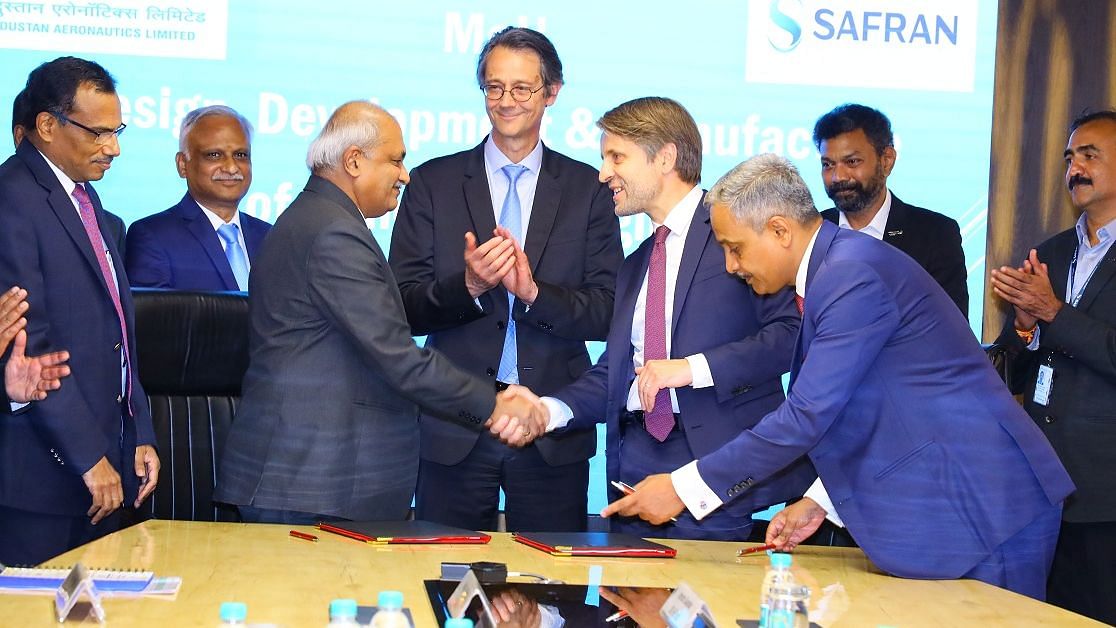 SAFRAN is one of the leading original equipment manufacturers of advanced aircraft engines for commercial airliners and fighter jets.

The company’s move has led to a verbal duel between the opposition and the Shinde-Fadnavis government. The opposition has slammed the Shinde-Fadnavis government for the loss of a major project by SAFRAN Group, while the state government sources have claimed that the company made its announcement to set up MRO at Hyderabad on July 5 this year at the meeting with the Defence Minister Rajnath Singh.

Notwithstanding the war of words between the ruling and opposition, this is the fifth project Maharashtra has lost after the $20 billion Vedanta-Foxconn semiconductor project, Rs 20,000 crore Tata Airbus defence transport plane project, bulk drug project and medical devices project to Gujarat and other states.

NCP MP Supriya Sule targeted the Shinde-Fadnavis government and said, ‘’What is going on in Maharashtra for the past few days is unfortunate. It is necessary to pay attention to how to get the maximum number of projects in the state instead of doing it randomly. Chief Minister Mr Eknath Shinde should soon call an all party meeting to discuss the loss of projects and find out suitable solutions to attract more and more projects.’’

‘’Why these projects have moved to other states should be studied. Even though Maharashtra is better placed in attracting investments, why these projects shifted out of the state. The Chief Minister should answer,’’ she noted.

On the other hand, Shiv Sena Uddhav Balasaheb Thackeray leader and former minister Aaditya Thackeray lashed out at the Shinde Fadnavis government.

"The project by SAFRAN is the second project after Tata Airbus which was proposed to come up in Vidarbha region. Those who say injustice is happening to Vidarbha are silent today. Is MahaShakti more important than Maharashtra? Maharashtra is weakening,’’ claimed Thackeray.

The Maharashtra Pradesh Congress Committee chief spokesperson Atul Londhe claimed that, ‘’The project has shifted from MIHAN to Hyderabad because of political instability and non cooperation of the Shinde Fadnavis government as claimed by the SAFRAN CEO. BJP had sold a dream of MIHAN becoming a defence hub. However, it is quite embarrassing that after Tata AIrbus, now it is SAFRAN who has left the state because of lack of vision of the Shinde Fadnavis government. Its claim of double engine Sarkar has failed miserably.’’

He further said that due to the loss of the project, employment opportunities for a large number of youth have been missed.

Although there has been no formal statement by the Shinde Fadnavis government on why SAFRAN has moved to Hyderabad, the Shinde camp spokesman Kiran Parashar said the incumbent state government, which took over on June 30 this year, cannot be held responsible.

‘’The accusations are against Maharashtra's progress,’’ he noted. He blamed the Uddhav Thackeray-led Maha Vikas Aghadi government for not doing enough for SAFRAN to make its investment in Maharashtra.

The Shinde camp also released the Press Information Bureau statement issued on July 5 in which SAFRAN CEO Olivier Andries, during his meeting with the Defence Minister Rajnath Singh, had revealed that the MRO facility of $150 million in Hyderabad is expected to create 500-600 highly skilled jobs. It will be able to overhaul over 250 aircraft engines per year once it commences operations.