Maharashtra BJP vice president Chitra Wagh on Thursday alleged that the state government is shielding minister Sanjay Rathod, whose name has been linked to the death of a woman, instead of taking action against him.

The 23-year-old woman died after falling from a building in the Hadapsar area of Pune on February 8.

Rathod on Tuesday dismissed the allegations against him and claimed: "dirty politics" was being played following the woman's death.

He said Chief Minister Uddhav Thackeray has ordered a probe into the matter and the police are doing their job.

Talking to reporters here on Thursday, Wagh alleged that the ruling Maha Vikas Aghadi partners are united in shielding Rathod.

"We don't expect anything from ministers, but at least Chief Minister Udhhav Thackeray is a sensitive person and he should take action against Rathod," the BJP leader said.

After the woman's death, some audio clips of her purported conservation with two persons went viral.

According to Wanwadi police who have registered a case of accidental death, there was no suicide note.

"We believe one of the voices heard in the audio clips is of Sanjay Rathod," Wagh claimed.

But, the Wanwadi police have not registered an offence against Rathod, she said. 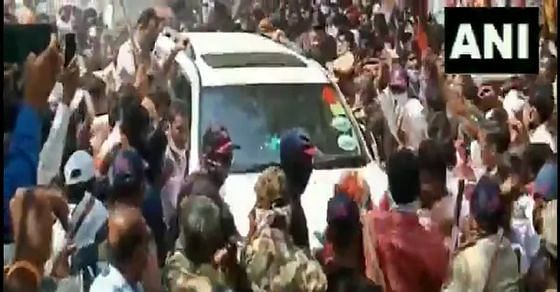