The government has also formed a state-level task force to control the disease in the state.

What is Lumpy Skin Disease? Know all about the viral infection killing cattle in Maharashtra, Gujarat, Rajasthan | Representative Photo

Amid threat of Lumpy skin disease, the Maharashtra government will bear the entire cost of treatment of cattle affected by the. Maharashtra Animal Husbandry Minister Radhakrishna Vikhe Patil on Friday said that all the districts will be given a "drugs bank" of medicines required for the treatment of the skin disease.

The government has also formed a state-level task force to control the disease in the state. The 12-member task force will be led by the Commissioner of Animal Husbandry, Pune.

The task force is authorised to hold meetings with the Animal Husbandry department's officials of affected districts and representatives of vaccine producers for Lumpy skin disease.

What is the current condition in Maharashtra?

According to the state's animal husbandry department, a total of 42 cows and buffaloes have died due to the disease in the state. The first case of Lumpy Skin Disease was reported on August 4 in Chinawal village of Raver taluka of Jalgaon district.

What is lumpy skin disease?

As per reports, lumpy skin disease is a viral disease that affects cattle. It is transmitted by blood-feeding insects, such as certain species of flies and mosquitoes, or ticks. It causes fever and nodules on the skin and can lead to the death of the cattle.

Meanwhile, providing relief to the livestock of the country, Union Minister for Agriculture and Farmers Welfare Narendra Singh Tomar on August 10 launched the indigenous vaccine Lumpi-ProVac to protect livestock from Lumpy skin disease.

The vaccine has been developed by the National Equine Research Center, Hisar (Haryana) in collaboration with the Indian Veterinary Research Institute, Izzatnagar (Bareilly).

Earlier, Prime Minister Narendra Modi assured that 100 per cent of animals would be vaccinated against Foot and Mouth Disease (FMD) and Brucellosis in India by 2025.

Expressing concern over the loss of livestock due to Lumpy skin disease, PM Modi said, "In the recent past, there has been a loss of livestock in many states of India due to the Lumpy skin disease. The central government, along with various state governments, is trying to control it. Our scientists have also prepared an indigenous vaccine for Lumpy Skin Disease. We are also increasing its testing." The Prime Minister while addressing the World Dairy Summit said that India is emphasizing universal vaccination of animals. 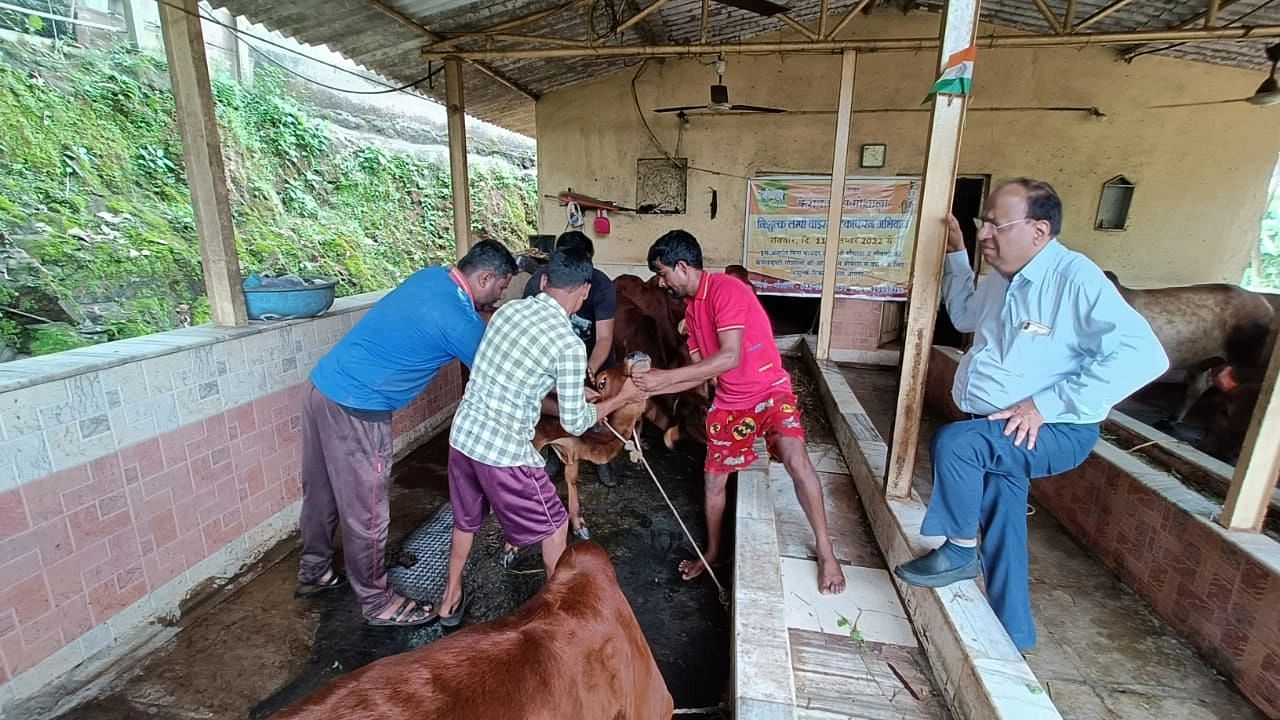