In a significant step, Maharashtra plans to set up an African Safari Project in Nagpur with an outlay of Rs 100 crore, besides tiger and leopard safaris, Deputy Chief Minister and Finance Minister Ajit Pawar said here on Friday.

Presenting the state Budget 2022-2023 in the Assembly, Pawar announced a series of tourism-related projects in the state.

"The government intends to conduct the country's first experiment to display wildlife from the African continent. For this, an African Safari is proposed at the Balasaheb Thackeray Gorewada International Zoological Park," he said.

Besides, there are plans for a Tiger Safari on a 171-acre jungle in Chandrapur and a Leopard Safari in Pune, on a 90-hectare forest at a cost of Rs 60 crore, on the lines of similar ones in Rajasthan, Madhya Pradesh and Karnataka, and a Wildlife Rescue Centre in Chandrapur.

Pawar said detailed proposals are being sent to UNESCO to declare Chhatrapati Shivaji Maharaj's forts and his guerrilla warfare as World Heritage.

On the tourism front, he announced a water tourism project of Rs 50 crore in the Shivsagar reservoir, Satara, near the Koyna Dam, with similar projects at Gosikhurd in Bhandara and Jayakwadi in Aurangabad.

Grants shall be provided for development of tourist sites in Jawhar in Palghar, Fardapur in Aurangabad, the popular hill-stations of Lonavala in Pune and Mahabaleshwar in Satara.

The government will provide Rs 100 crore during 2022-2023 for development of Raigad Fort and its vicinity, Rs 14 crore for Rajgad, Torna, Shivneri, Sudhagad, Sindhudurg, and Vijaydurg forts, and Rs 7 crore for the preservation of Sewri Fort and St. George Fort in Mumbai.

The Hindu HridaySamrat Balasaheb Thackeray Super Expressway connecting Mumbai-Nagpur, which is 75 per cent complete, will be extended till Bhandara-Gondiya-Gadchiroli.

The upcoming Mumbai Metro (3) from SEEPZ-Bandra-Colaba will be extended southwards to Navy Nagar.

A new airport is under consideration for Gadchiroli, besides making provisions for the airports at Shirdi, Ratnagiri, Amravati and Kolhapur.

The MVA partners including Chief Minister Uddhav Thackeray, Eknath Shinde, Jayant Patil, Nana Patole and other leaders welcomed the budget as "growth and progress-oriented, all-encompassing and visionary" while the Opposition Bharatiya Janata Party's Leaders of Opposition Devendra Fadnavis and Pravin Darekar and others slammed it as "disappointing and direction-less". 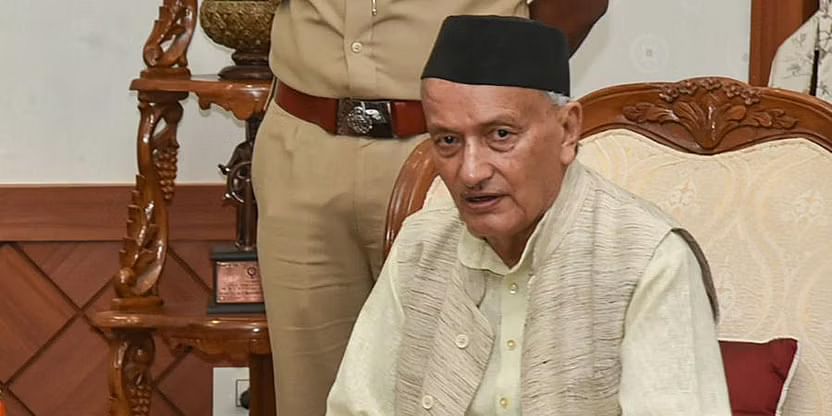