Maharashtra: 11 die as oxygen supply dips due to power failure led by incessant rains in Chiplun 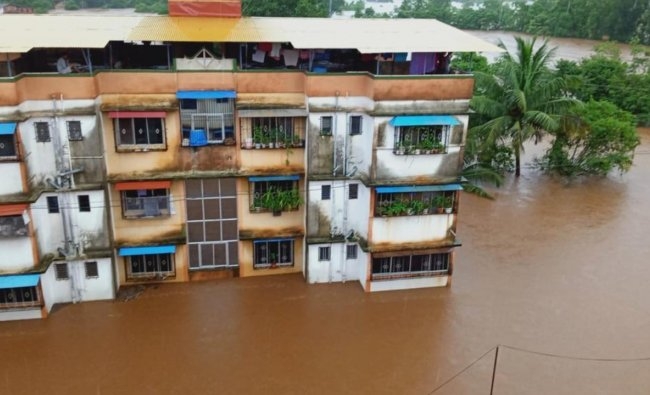 Mumbai: At least eleven patients at a private hospital-turned-COVID centre in the flood-ravaged Chiplun city in Ratnagiri district died for want of oxygen after there was a power outage. There were twenty one patients at the centre.

Rising water levels due to the incessant rain led to a disruption in electricity supply, causing tripping of oxygen supply, especially to those on ventilators. A senior relief and rehabilitation department official told The Free Press Journal, “There was a generator back-up at the hospital but it could not be charged, as it was submerged in water. This led to the failure of electricity supply and oxygen supply, leading to the death of 11 patients. The remaining patients were shifted with help from locals and rescue teams”.

According to the official, the COVID centre staff tried their best to rescue all patients, as the water level had increased amid torrential rains. “However, they could not save all of them and restore power supply, leading to the deaths of 11 patients who were on ventilators”, he said.

Even as the district administration struggled to confirm the deaths for lack of uninterrupted supply of oxygen and electricity, Public Health Minister Rajesh Tope reiterated that Maharashtra faced a shortage of medical oxygen but had not reported any COVID death due to it. He was inaugurating a hostel of the National Cold Chain Research Centre at Pune.

The Union government had, on Tuesday, told Parliament that no state or Union Territory had reported any death due to oxygen shortage in the second wave of the pandemic, a statement that had come in for heavy criticism from the opposition, as well as health activists. ‘They are lying’, says Sanjay Raut on Centre's claim of no deaths due to oxygen shortage...