The compensation, under the Chief Minister’s Relief Fund, was deposited in the bank account of Jashiben Bambhania
Agencies 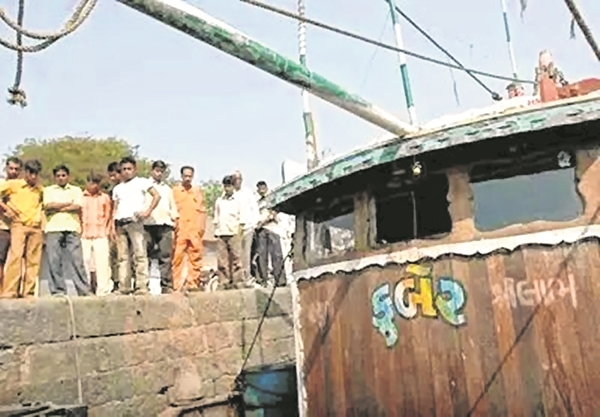 Ahmedabad / Mumbai: The Gujarat government on Monday informed the High Court that a monetary compensation of Rs5 lakh was was paid to the widow of a crew member of fishing trawler ‘MV Kuber’, which was hijacked by terrorists who carried out the 26/11 Mumbai attacks in 2008.

The compensation, under the Chief Minister’s Relief Fund, was deposited in the bank account of Jashiben Bambhania, whose husband Rameshbhai Bambhania, a native of Una taluka in Gir-Somnath district, along with four other fishermen, was killed on the trawler.

The money was deposited by the local revenue officials of Gir-Somnath district by way of a fixed deposit having a lock-in period of three years in favour of Jashiben Bambhania.

She will get quarterly interest on this deposit till the expiry of the lock-in period, the government informed the court of Justice Bhargav D Karia on Monday.

The body of MV Kuber’s captain, Amarsinh Solanki, was found on the boat, while bodies of four others, including Bambhania, were missing. The boat was hijacked by Ajmal Kasab and other Pakistani terrorists in the Arabian Sea who used it to reach Mumbai.

Jashiben, a mother of four, had approached the Gujarat High Court in October seeking compensation from the government.

In her plea, she claimed that since her husband’s body was never found, authorities at the state and central levels were not ready to consider her husband dead and subsequently refused compensation.

Her petition said as per media reports, only the family of the captain of the trawler, whose body was found, was paid a compensation of Rs 5 lakh.

While hearing the matter, Justice Karia had on October 22 had asked the Gujarat government to pay a compensation of Rs5 lakh to Jashiben in 48 hours. Upon the state govt’s request, the deadline was extended till Monday.