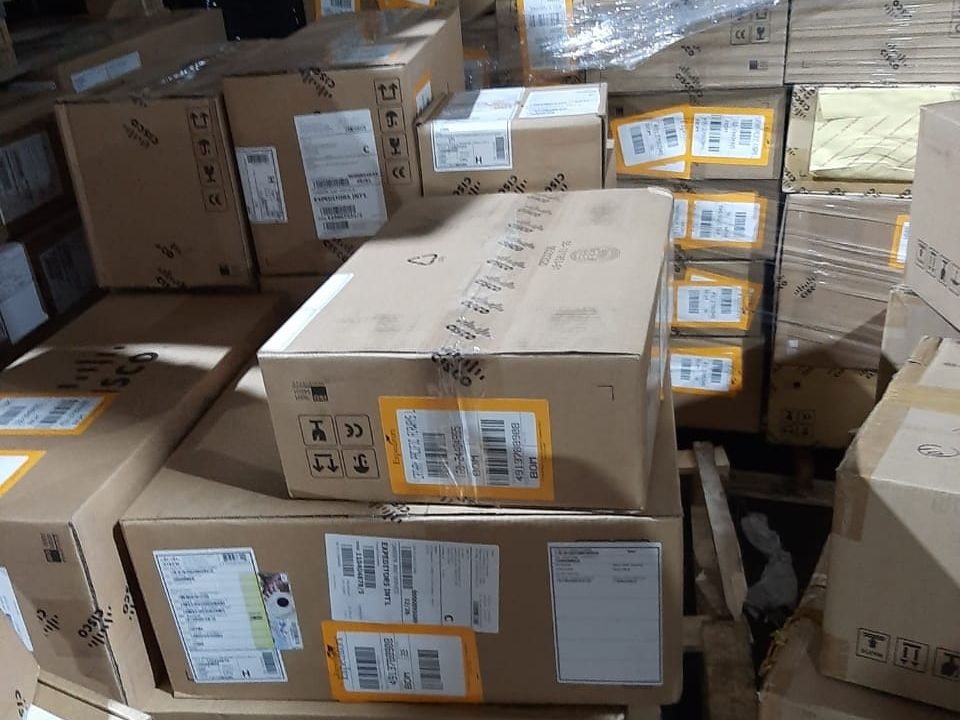 After the violent face-off between India and China on June 15 night at Galwan Valley, Ladakh, export and import suppliers have been facing a delay in custom clearance for shipments coming from China, Hong Kong and Macau at Indian ports, including Mumbai's Sahar Air Cargo and Jawaharlal Nehru Port Trust.

In this regard, DHL, one of the world’s leading postal and logistics companies, is also sending messages to its customers informing them about the situation. “Over the last few days, we are witnessing a severe lag in customs clearance for the shipments originating from China, Hong Kong and Macao across all the ports in India. This had led to uncontrollable queuing, congestion and delay of shipments in our clearance ports across the country. We want to ensure that the shipments originating from other countries around the world are not impacted by this congestion. Therefore, with immediate effect, we will be temporarily suspending the pick up of import shipments from China, Macau, and Hong kong for the next 10 days." The message sent is dated June 25. 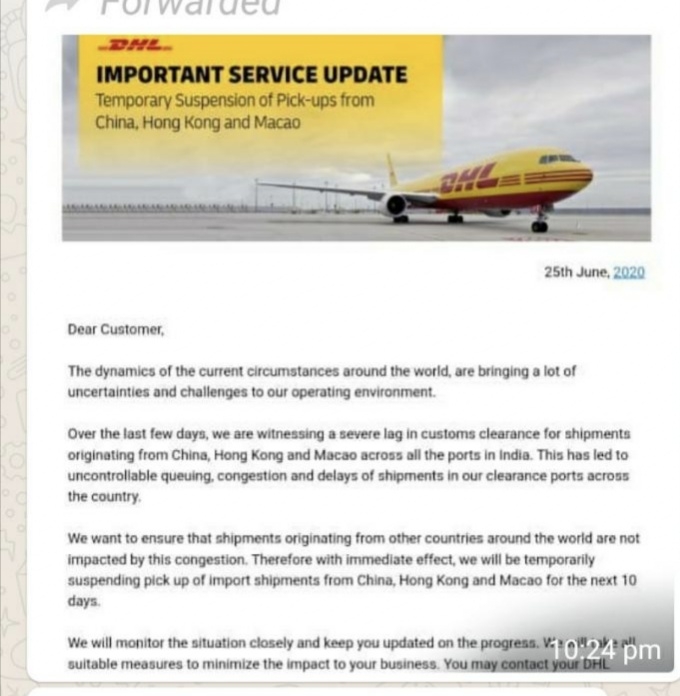 Rama Mathew, chief commissioner of customs, Mumbai Zone -III, commented, "We are following the prescribed assessment guidelines. We are undertaking security assessment regarding the goods coming from China, which is quite normal. There is a risk parameter and so the examination of shipments will take place. Moreover, these parameters keep on changing and they are confidential and cannot be discussed."

Jayant Lapsia, president of All India Liquid Bulk Importers and Exporters Association (AILBIEA), confirmed that due to the stand off with China, the consignments are not being cleared from Indian customs. "The instructions from headquarters are that the consignments should not be cleared. The issue is not just related to Mumbai ports, but across India. It will impact the industries. The production of those who are importing raw materials from China will come to a halt. Besides there will be congestion at the ports, as consignments will keep piling up. It will have a cascading effect. Moreover, China will also reciprocate in a similar way. I have been told that Hong Kong has also stopped exports that are coming from India. There is going to be a stand off between India and China and the importers and exporters from both sides will suffer," Lapsia explained.

Godfrey Pimenta, a Mumbai-based activist and a resident of Sahar Village, where Mumbai’s biggest air cargo is situated, has appreciated the tough stand taken by the Government of India, which has completely halted the clearance of goods imported from China. "We hail the move of the Government of India. The supreme sacrifice of our Armed Forces at Galwan Valley should not be compromised at any cost." Pimenta said.