Mumbai: Citing similarities with a case registered by the Thane Nagar police against former cop Pradeep Sharma in which he allegedly used his links with gangster Ravi Pujari to file false extortion cases on targets, an accused, along with her husband in the extortion case of IAS officer Radheshyam Mopalwar, has approached a special court on Tuesday and sought that trial in the case be stayed.

In the Thane case, the police have booked former city police commissioner Param Bir Singh, three other police officers, Sharma, gangster Ravi Pujari among the over 20 accused. A Special Investigation Team (SIT) has been formed to probe the case that was lodged at the instance of a builder.

The plea by Shraddha Mangle claimed that the modus operandi of Pradeep Sharma in her case is the same as in the Thane case. She claimed Sharma had framed them at the behest of Mopalwar who had a vendetta against them. He had asked Pujari to make a fake threat phone call to Mopalwar to withdraw a case lodged against Mangle, it said. The plea said Sharma investigated the case when he had no jurisdiction and accused the couple of using Pujari to threaten the IAS officer to withdraw the FIR. Further, it said that then Sharma with the connivance of Singh slapped Maharashtra Control of Organized Crime Act (MCOCA) on them.

She said that in her case too the modus operandi is similar and the conspirators are common - Sharma and Pujari. “Modus operandi is identical, hence the outcome of one case would have profound bearing on another case,” the plea stated. It added that if the SIT probe in the Thane case establishes links between Sharma and Pujari then the present case would be “completely demolished”. The plea also sought further probe in the case to find the nexus between Singh and Sharma with Pujari and said that the case is entitled for a joint trial or a fresh chargesheet may be filed in it. 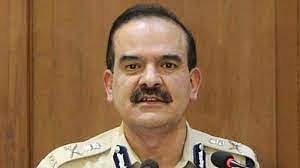