HomeMumbaiHow to get a taste of Mumbai’s Art Deco heritage

How to get a taste of Mumbai’s Art Deco heritage

On the Oval Maidan in Mumbai. The tower of Churchgate Railway Station is to the right. |
Follow us on

On a lazy Sunday morning, Navi Mumbai-resident Aditi Mathur is up early to prepare a healthy, filling brunch for her in-laws arriving from Delhi for the summers. Aditi, in a bid to make the most of a precious Sunday, hurriedly flips through her favourite event listing site to book a tour for the in-laws. “My father-in-law has a passion for history. He knows more about Mumbai’s architectural heritage than probably most locals,” she says as she confirms a booking of four persons for a guided tour in SoBo.

“There are several walks and tours now so we have a lot of options to choose from to spend a productive weekend…and this way even I get a chance to explore Aamchi Mumbai,” she exclaims with pride. 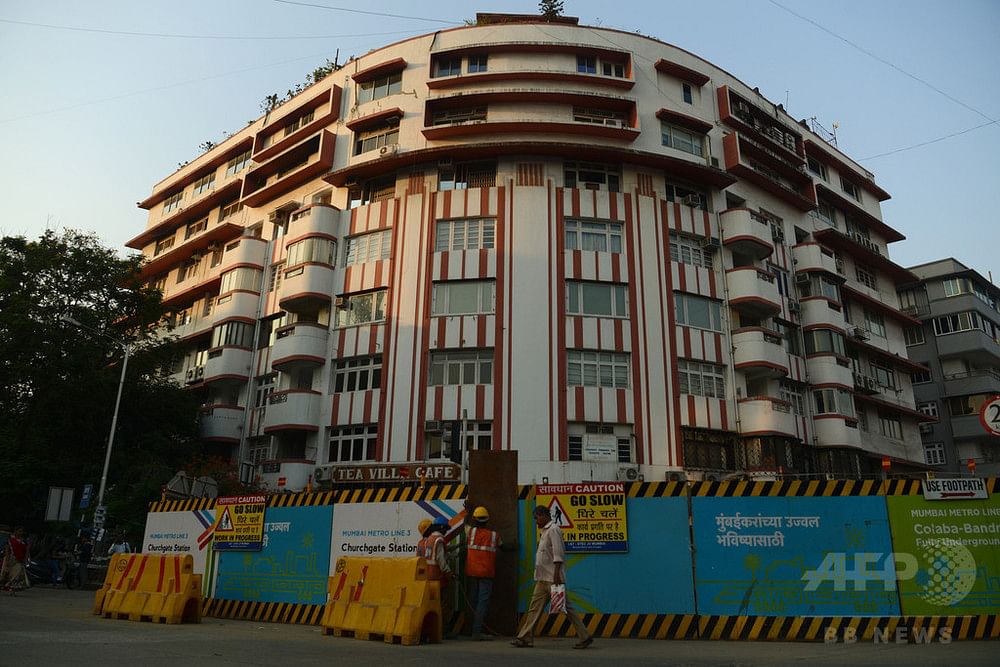 Mumbai today boasts of a host of tours focussing on ‘local footfalls’ and ‘Art Deco’. The Art Deco Mumbai Trust does its bit by organising guided tours to ‘know your neighbourhood’ presenting great opportunities to get a taste of Mumbai’s distinguished heritage.

“The most unique feature of the heritage precinct is that it is a ‘living modern heritage’ and not a monument like other world heritage sites,” maintains Art Deco Mumbai Trust founder Atul Kumar, speaking of the Oval Maidan heritage zone. He started the foundation to mobilise people and resources to sensitise Mumbaikars, following his passion of protecting SoBo’s Art Deco heritage precinct and putting the iconic treasure on the world map.

“It is important to establish the emotional connect between the people and the neighbourhood to ensure sustainability of the initiative,” he believes. Art Deco Mumbai has organised one such tour to be conducted on 26 May 2019 to apprise participants of the Art Deco heritage structures lining the Oval Maidan in South Mumbai. The one-and-half-hour tour priced at Rs 900 will be starting from Moonlight Building towards Cooperage end of Oval Maidan at 8 am and will end at Eros Cinema near Churchgate. Mumbai is home to a considerable number of Art Deco buildings in the world, second only to Miami. Erstwhile Bombay’s success as a global trading hub led to rapid expansion and construction activities towards the end of the 19th and beginning of the 20th centuries to meet the demands of new immigrants making a beeline to a flourishing city.

For the first time, Bombay witnessed planned development and the city matured from a lacklustre, fortified trading port to a modern, cultured city. The first wave of construction in late 19th century witnessed a flurry of Victorian Gothic-styled public buildings such as David Sassoon Library, Bombay High Court and Mumbai University at Fort.

A second expansion in early 20th century initiated Backbay Reclamation that extended into construction of buildings in contemporary Art Deco style and the Marine Drive sea front (the Queen’s Necklace) on Bombay’s western coast. The resulting architectural heritage has since lured millions of tourists to Mumbai from across borders and the interest has only increased in the last decade. 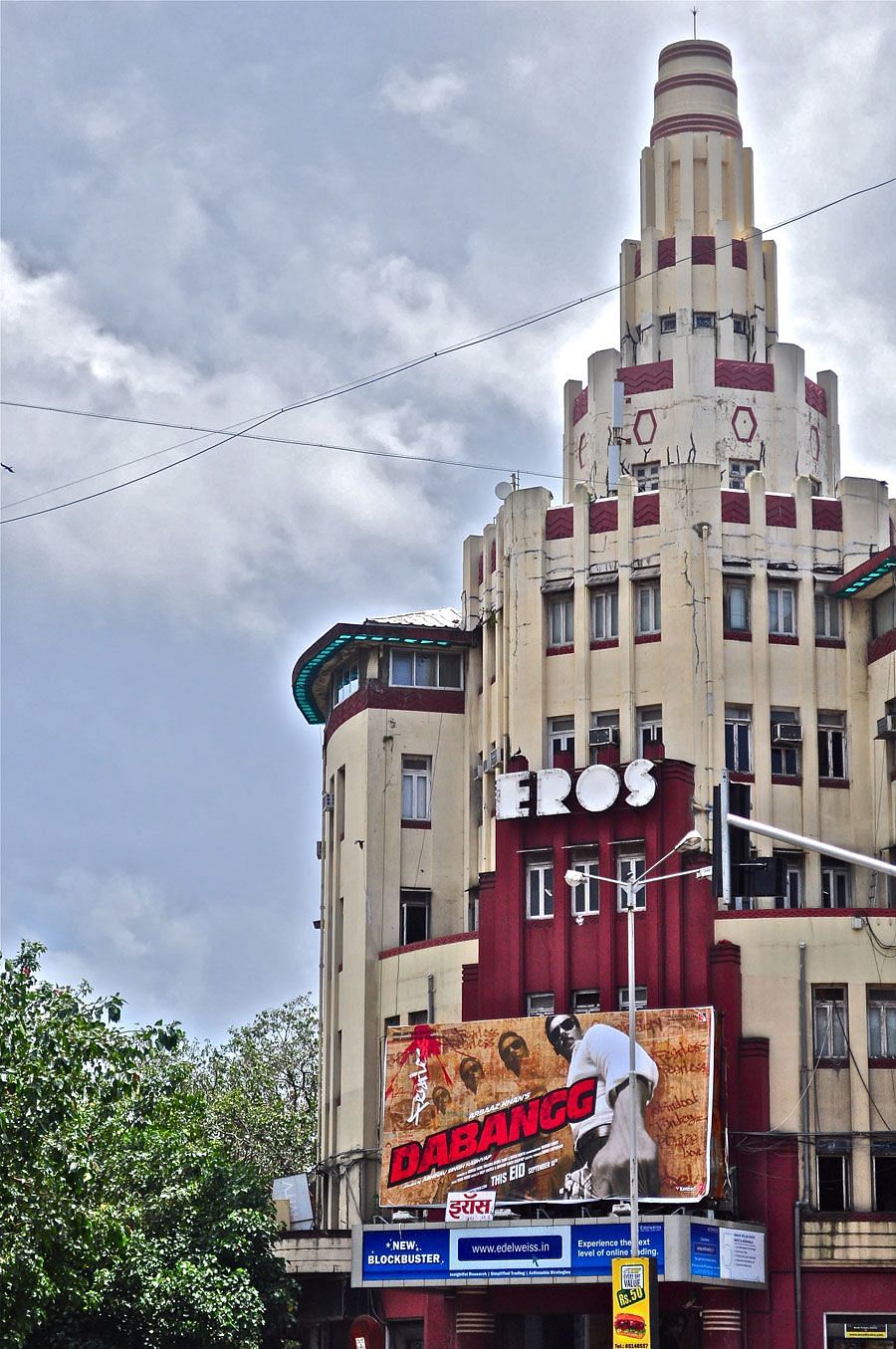 “I am glad that awareness about Art Deco architectural heritage is increasing in Mumbai,” comments Claudia Ferns. She lived in Bandra before moving to Florida post marriage. “Indians are taking cues from the West and now, every time I visit Mumbai, I land up participating in heritage walks that fuel my latent desire to explore the city and learn a little more of a city that was once my home.”

Today, Oval Maidan and the surrounding buildings — commercial, residential and entertainment — have become the hub of Art Deco enthusiasts from all over. The ground offers a breathtaking view of Art Deco edifices that coalesce the Indian design with Art Deco imagery to create the ‘Indo-Deco’ style — a testimony of the confluence of Indian and European influences.

Regal Cinema in Colaba was one of the first structures to be built in Art Deco style. Then came a range of buildings — commercial, residential and cinema houses. Art Deco was one of the most fashionable design movements of modern art that manifested into architecture, decorative arts, painting and beyond. Deriving origin from the Exposition Internationale des Arts Decoratifs Industriels et Modernes, held in 1925 in Paris, Art Deco style is characterised by flat roofs, smooth lines, geometric shapes, streamlined forms, curvilinear balconies, modern building materials in vivid colours and bold exterior motifs or stylised ornamentation.

The simplicity and elegance attributed a timeless appeal to the style that spread all over the world. New York City, Miami, Istanbul, Durban and most major cities adopted Art Deco but with variations of native needs decided mainly by weather and the environment. The design elements reflected the culture of the zone depicted in representational forms. So, Bombay developed its own style…Bombay Deco!

“All my life I didn’t realise I lived in a heritage zone…my neighbourhood…even my building!” exclaims a SoBo resident and retired bank employee Sandra Rodrigues. She first learnt this after reading a newspaper article about the 2018 UNESCO World Heritage Site inscription. “I grew up watching movies in Regal Cinema, but I had no idea it was an Art Deco marvel with such rich history that the next generation may never know about…I only recently realised that it was the first public building in the country to be fully air-conditioned!”

In 2018, the Victorian Gothic and Art Deco Ensembles of Mumbai were inscribed in UNESCO’s list of World Heritage Sites, the third such in Mumbai after the Elephanta Caves and the Chhatrapati Shivaji Maharaj Terminus, formerly known as Victoria Terminus. The world has recognised aamchi Mumbai’s Art Deco… and now its citizens are doing so too.