The state records its highest single-day jump in Covid-19 deaths with 515 fatalities, taking the total count to 30,409 so far
Swapnil Mishra 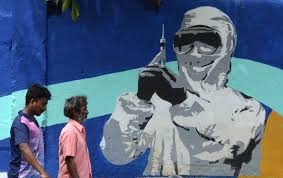 Mumbai: For the first time, Maharashtra reported more than 500 fatalities breaching 30,000-mark on Tuesday. The state recorded its highest single-day jump in Covid-19 deaths with 515 fatalities, taking the total count to 30,409 so far. The previous highest was 423 deaths which was reported on September 7. Till now 7,75,273 patients have been recovered and discharged across the state, with 19,423 being recovered in the last 24 hours. It is the highest single-day Covid-19 recovery reported.

In Mumbai, the active cases have increased by 54 per cent in the last 15 days. The cases in Mumbai had stabilised till mid-August, but since the past three to four weeks, fresh cases are on the increase.

In a bid to tackle the growing Covid-19 cases in the state, the state government’s ‘My family, My responsibility’ campaign, a state-wide programme, is set to take off from Tuesday. Under the campaign, volunteers will impart health education to people and conduct door-to-door surveys during which they will check residents’ body temperature and oxygen levels, besides other symptoms, including tiredness, throat pain/dry cough, diarrhoea, and loss of smell and taste.

So far, a total of 54.09 lakh tests have been conducted in the state, of which nearly 20 per cent were positive. There are 17.34 lakh, people, in-home quarantine and over 37,225 in institutional quarantine.