On August 7, 1947, the company was finally acquired by the city’s civic body. As it marks 75th year of municipalisation, let’s take a look at the history and evolution of BEST.

Here's how BEST has evolved over time to meet the needs of Mumbai | Photo: Representative Image

Isn’t it difficult to imagine Mumbai without local trains? The retro films by filmmakers like Hrishikesh Mukherjee, Basu Chatterjee and others who told stories of the middle-class public romanticised scenes which seem mundane, travelling in public transport and what not.

Established during the British Raj, the BrihanMumbai Electric Supply and Transport (BEST) is one of the oldest road transport corporations which to date has services across Mumbai and its suburbs.

On August 7, 1947, the company was finally acquired by the city’s civic body which was then known as Bombay Municipal Corporation. BEST in two centuries since it’s been around has rebranded itself and evolved. As it marks 75th year of municipalisation, let’s take a look at its history and evolution.

Initially known as Bombay Tramway Company Limited, the company founded in 1873, initially ran trams across the city which were horse-run. Almost a decade after it was first established the company entered into an agreement with the Eastern Electric Light and Power Company to provide electric lighting in the Crawford Market and on some of the roads.

The Bombay Municipal Corporation was set to get ownership of the tramway company in 1901 according to the Bombay Tramways Act. By 1905, the Bombay Electric Supply and Tramway Company Limited (BEST) was formed.

The BEST at the time had monopoly of electric supply as well as of running electric tram service in the city. Thus, the city saw its first electric tram in 1907.

Following years saw surge in usage of the tram and problems of ‘rush-hour traffic’ only aggravated thus making way for double-decker trams in 1920. But the company was aspirational and wanted to introduce motorised bus services. 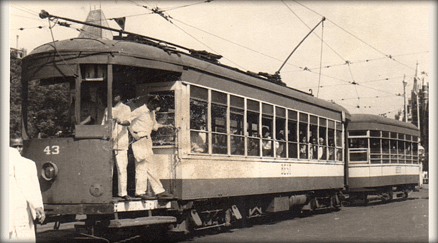 It was finally in 1926 that the enterprise began motorised bus service after initial resistance from authorities due to high accident rate of similar service in London. In July 1926, the first bus plied from Afghan Church to Crawford Market.

In spite opposition from taxi drivers, the bus transport fared well. Surprisingly, the bus services were once expensive at 25 paise tickets and only upper middle-class public could afford it unlike today’s scenario where bus has become working class public’s ally.

Interestingly, the concept of charging discounted rates for shorter distance and increasing it as per destination was a concept first used in late 1920s. The bus company was incurring losses as Indian Independence movement’s call for non-violent strike and civil disobedience led to service disruptions. To recover from the loss due disobedience movement and the Great Depression, the BEST came with the idea.

The idea worked in their favour and eventually they introduced double-decker buses in 1937. 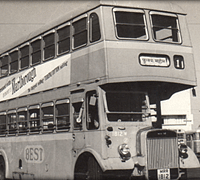 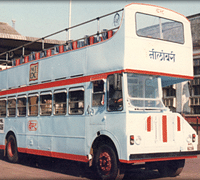 1947 to present day: Evolution of the company

In 1955, the BEST with other governmental enterprises sought closure of all private operators and approached Supreme Court of India. Eventually, BEST was given the monopoly over bus services in Greater Bombay region.

BEST was renamed again in 1995 after Bombay got its new name: Mumbai. Since then, it’s been known as Brihanmumbai Electric Supply & Transport. The bus transport service by 2019 had almost lost its charm though.

However, revision of fares, increased services and introduction of air-conditioned buses on wet lease led to increase of passengers which proved beneficial for them. Although the corporation is still not making profits, it has been able to provide the commuters with increasingly better efforts.