After recent incidents of killing over personal effrontery surfaced, Free Press Journal spoke to psychology experts to understand what prompts the use of violence and how can it be curbed.

Mumbai: With violence in society on the rise, it was probably just a matter of time that someone would lose their cool over personal effrontery. Officers of the Vanrai police station in Goregaon (East) arrested Tej Bahadur Maurya, 45, an autorickshaw driver, a little over a month ago for stabbing a man to death. The reason for the attack? Mukesh Zanjare, 32, the victim, used to taunt Mr Maurya for his limp on account of a physical disability caused by an accident. Having endured the mockery once too often, Mr Maurya stabbed Mukesh Zanjare several times in the chest and abdomen on the night of Oct 25 after an argument, killing him.

As if to prove this was no exception, in another case in the distant suburb of Ambernath in Thane district on November 13, Prakash Suryavanshi, 35, also an autorickshaw driver, killed his own father, aged 60, when he hit him on the head with a wooden plank. The reason: the latter had made it a habit to tease and mock Mr Suryavanshi whose wife had deserted him.

Clearly, the suspects in both cases were unable to control their anger. Their work as autorickshaw drivers in the notoriously aggravating traffic of Mumbai may well have had a role to play.

As psychiatrist Harish Shetty told The Free Press Journal about the second case, “The purported reason after the crime may not be the true reason. There may be lots going on in a person’s mind when he commits a crime. I don’t accept that just for taunting, a son will go to the extreme of killing his father. Both suicide and murder are complex issues and many things go into them.” But even if only as triggers, such cases do point to another more common and usually ignored aspect of life in Indian society – the insensitivity of people, whether friends and relatives or strangers, to the feelings of others who may be struggling with physical or emotional distress.

Dr Arun Rukadikar, MD in psychiatry and author of the book Mental Health and YOU, agreed. “In Indian culture we are not very sympathetic towards other people’s pain,” he said, “and this is relevant throughout all economic strata of society, though the use of violence and physical harm is more prominent in lower socio-economic groups.”

He said Indian culture is filled with various forms of discrimination which we tend to accept without demur.

Neha Patel, a psychologist at the Nanavati Super Speciality Hospital (NSSH) in Vile Parle, said there is a lack of empathy among Indians in general, and people are not sensitive about what their comments can do to others. She, too, said this tendency cuts across socio-economic class barriers.

“It is prevalent even among the higher classes,” Ms Patel said, recounting the heart-breaking case of a girl from a high-profile school who was mocked as ‘contaminated’ by other children for simply being kind and sensitive towards another child with body-image issues.

“The scene escalated so much that she left the school and went abroad to study,” the psychologist recalled. “She couldn’t make friends any more and began therapy sessions with me online.”

Dr Sonal Anand, psychiatrist at Wockhardt Hospital, agreed that we have a bad attitude in society where someone who looks different or has any physical issues is looked down upon, and children pick up this attitude from their elders.

“Life then becomes difficult for those who have some kind of deformity,” Dr Anand said, “and they face a constant struggle, bullying, lack of acceptance by peers, which creates a lot of negativity in their minds and they don’t know how to handle such stressful situations because there is a limit to which people can bear this. You need a really healthy mind to know how to deal with such situations.”

Discussing the Goregaon case, Alisha Laljee, a Mumbai psychologist, said, “The man may well have been upset about his situation along with other problems and the taunting may simply have acted as a trigger for him to react in an extreme manner.

She said such levels of frustration are built up over the years when a person faces constant shaming. “Even among children, there are instances where those who are overweight get teased and feel so hurt and helpless that they become bullies and end up hurting other children,” she said. “Some try and build an armour around them where they hurt others first before someone can hurt them.”

Referring to some of the ways in which a person can overcome such situations, Joleen Baptist, a clinical psychologist based in Pune, said, “Having awareness would lead the society to change its outlook towards different body types as well as to people who are differently abled.” It would create acceptance and inclusion of every individual, and also help the differently abled to lift themselves up, she added.

Ms Baptist also explained the critical difference between sympathy and empathy in such matters. “More than being sympathetic, I feel just empathizing with people would bring change,” she said. “Offering them sympathy makes them feel vulnerable, hence avoid it. Make the surroundings comfortable for them. Avoid helping them without asking for their permission, it makes them feel dependent. Also, encouraging and motivating them and not treating them differently, it makes them lose confidence. Instead instil confidence and independence in them and provide help only when needed.”

Coming to the nature of the problem and its deep roots in our culture, Dr Rukadikar gave the example of Raja Ram Mohan Roy, who devoted his life to ending the practice of sati. “So, whatever is wrong has to be called out and everyone, including journalists, religious leaders, politicians, public figures, doctors, engineers, you, me, everyone, has to be involved in this movement about things that are wrong in our culture and ways to correct it.” He said these things should be taught to children by the family, society and schools. “In fact, mental health should be a separate subject from the nursery level till the institutions of higher learning,” the psychiatrist said. “The content should be revised so that it helps future generations become better human beings. The whole system needs to be changed.”

“Before we tease someone else or look down on others for their deformity, we need to ask ourselves: are we perfect? Do we know the story behind this person’s tragedy and how they are dealing with it?” Ms Patel said. She said there should be a dialogue about body image and mental health at all levels, in families, schools, on social media. We even need laws for it, she said. “We should learn to accept our bodies and the bodies of others around us,” Ms Patel said. “We must feel more positive about ourselves and if people still persist with teasing, the best thing to do is to simply ignore them. Do not give them the power to make you feel bad or vulnerable.”

Fabian Almeida, psychiatrist and director of Wellsprings Counselling Clinic, said, “It is human to have a little fun at someone else’s expense, such a behaviour is seen everywhere, in offices, schools, hostels. The context varies in different places, in a village the scenario is different, while a high-profile set up will have a different context, but it happens and it is getting more prevalent now.”

He, however, said society is also moving towards greater awareness about such issues and cited the backlash that the ‘Fair & Lovely’ campaign received, forcing it to change to ‘Fair and Glow’, while the ‘size-zero’ models concept has been changing and plus-size models are also seen now. This, he said, is moving society towards a more inclusive ideal.

“Meanwhile, people should be made more aware that we have options and solutions,” Dr Almeida said. “Nobody has to suffer in silence and let someone damage them emotionally, mentally and psychologically.” Dr Anand added that while hurting oneself is more common than hurting others, in some situations, to vent out their frustration, people tend to hurt someone or something weaker than them, like an animal (pet or stray), or small children when no one is around. Of course, there are others who are aware enough to use a “passive-aggressive” reaction to deal with the situation.

Ms Patel recalled one such case, “A child who would get teased by another at school every day, managed to get the e-mail addresses of that child’s parents and wrote to them about their kid’s behaviour, which landed the bully in trouble. So not everyone reacts aggressively; some also tend to have a passive-aggressive approach.”

“Body image concerns lead to lowered self-esteem arising out of a lack of self-love. Individuals tend to view themselves as ‘disproportionate’ and resort to lethal means to change it. The lethal tendencies include social isolation, self-blame, rumination, suicidal thoughts and even attempts. It could also go to an extreme where a person could end up harming the one taunting or teasing them.”

“We must have a positive outlook towards our self and body and love and respect it. We must reiterate positive body affirmations, accept our body and understand its uniqueness, and avoid comparing our body to societal standards of an ideal body.

Dr Arun Rukadikar, MD Psychiatry and author of Mental Health and YOU

“Creating awareness about what is wrong in our culture is very important. Fair complexion, a certain body type or height, these things are desired by many and are deeply embedded in our culture, so any change in the way people react towards the physical attributes of another will require a change in the cultural values of our society.” 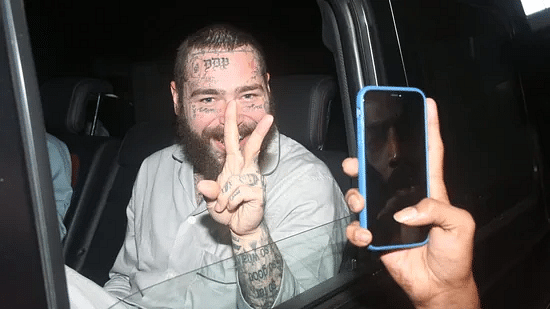