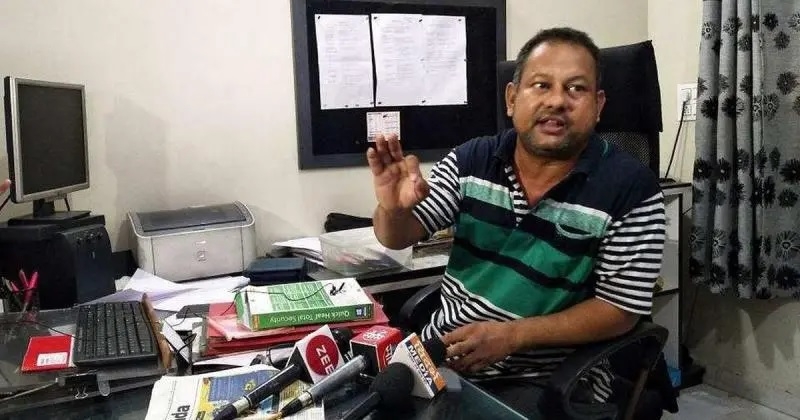 Mumbai: The Bombay High Court on Friday granted temporary bail to human rights lawyer Surendra Gadling, an accused in the Elgar Parishad case, to perform funeral rites of his mother on her first death anniversary on August 15.

A division bench of Justices SS Shinde and NJ Jamdar granted temporary bail to Gadling from August 13 to August 21. He is presently lodged at Taloja jail.

While granting him temporary bail, the HC has asked Gadling to submit his passport before the special National Investigation Agency court and also his "whole itinerary" for the period of bail.

The HC also directed Gadling to furnish two sureties for Rs 50,000 each. He will have to attend the local police station at 10 am on August 16 and August 19.

The judges have also directed him not to leave Nagpur city except for immersing his mother's ashes in the Bina river on August 19.

Gadling had approached HC seeking bail against a lower court's order which denied him emergency bail to him to attend his mother's funeral when she died in August 2020.

His counsel Indira Jaising had argued last week that as most of his family members were either hospitalized or under home isolation then, the last rites and condolence meeting for his mother were yet to be performed.

The family has decided to perform these rites on her first death anniversary on August 15, advocate Jaising had told the court, seeking temporary bail for him.

Gadling was arrested in the Elgar Parishad case on June 6, 2018, and has remained in prison awaiting trial since then. He and several other activists have been arrested in the case for alleged links with the Naxals.