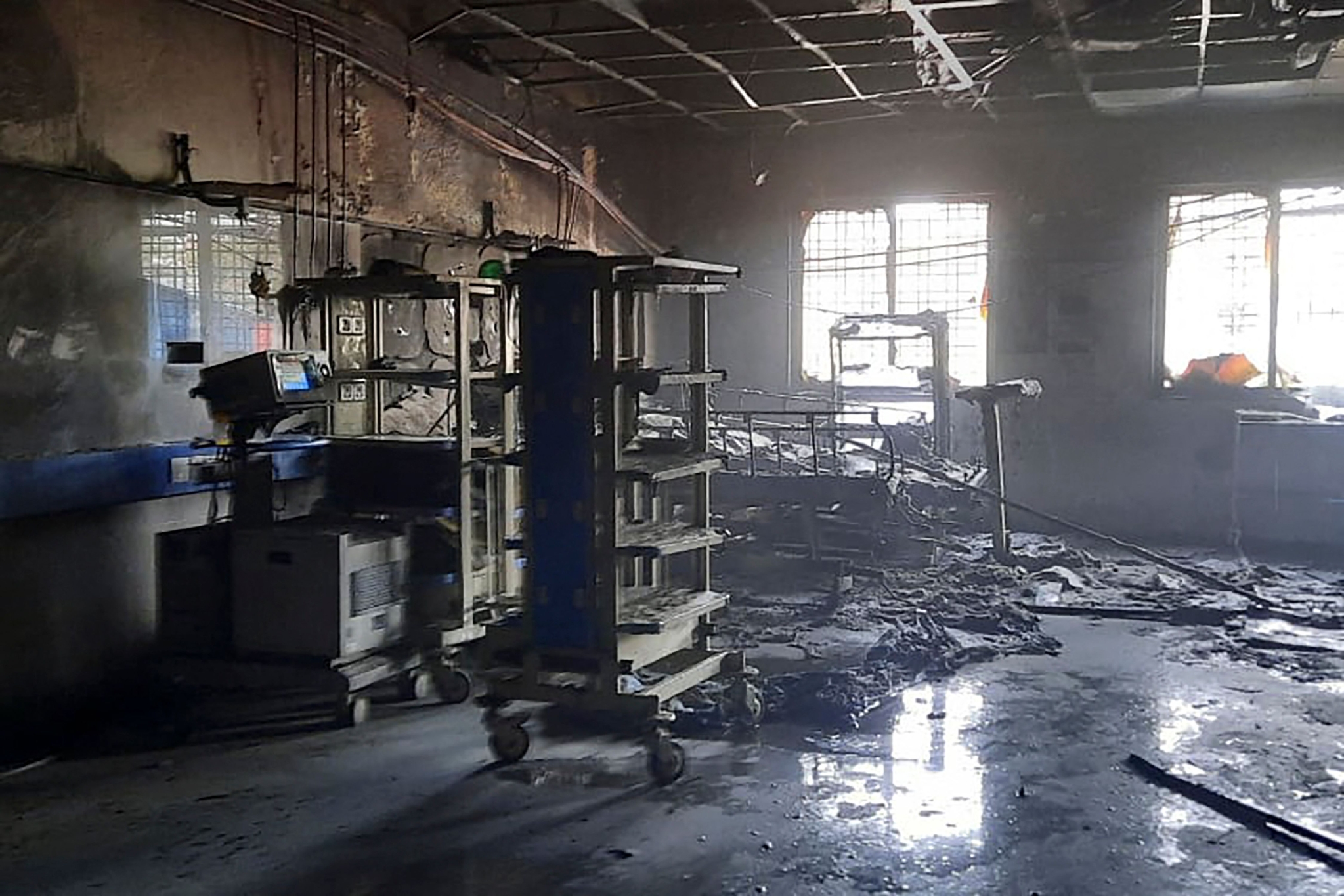 Charred remains of the medical equipment and bed is pictured inside a ward after a fire broke out at a hospital in Ahmednagar district on November 6, 2021 | AFP

A seven-member committee formed to probe the incident is likely to submit by Monday a primary report, listing the possible cause of the blaze at the district civil hospital, officials said.

Chief Minister Uddhav Thackeray is likely to have a virtual meeting with officials of the Ahmednagar administration on the incident, that took place at the hospital on Saturday.

Asked about on what lines the probe was being conducted, Ahmednagar Municipal Corporation's chief fire officer Shankar Misal told PTI that they were checking from where the fire originated, who saw it first and what immediate actions were taken. "On this basis, we will come to the conclusion," he said.

"Barring fire extinguishers, the other safety measures that we had suggested were not there," the official said.

Asked if the fire could have been doused at an early state had there been sprinklers at the facility, he said, "Yes".

"Our recommendations, including for sprinklers, were not implemented," he said, adding that this was the first such incident at the hospital.

"There were oxygen pipes, electric wires, medical instruments, etc. But, most probably, short circuit seems to be the cause of the fire. Our officials checked the CCTV footage and it was seen that smoke first started billowing through the ceiling. We are conducting a thorough investigation into the incident," Misal said.

"The report will have details like when the fire brigade team came, what was its observation, how many fire staff members were there, what technique was used to douse the fire," Misal said.

According to officials, the report will also have statements of witnesses and fire officials who visited the spot first after when the fire was reported.

Meanwhile, the Ahmednagar police are also investigating the incident.

"Our parallel investigation is going on in the case. It was a major incident, hence it is taking some time for the investigation," Ahmednagar Superintendent of Police Manoj Patil said. Ahmednagar hospital fire: Kin of deceased in shock as hope of recovery from COVID-19 turns into...