The Vishnu Nagar Police have arrested a father-son duo for cheating people on many occasions. The accused took advantage of their last name Gadkari and claimed they are brothers of Union Minister Nitin Gadkari. They took cash in the name of giving jobs and purchasing gold at the cheapest rate and cheated people.

The police said the arrested accused is identified as Rajan Gadkari, 60, and his son Anand Gadkari, 30. Both were arrested from Karnataka after they fled away.

"We have arrested the accused father-son duo on Thursday. They are produced in court and remanded in police custody till June 14," said Sanjay Sable, senior police inspector, Vishnu Nagar police station.

Sable further added around 8 victims who were cheated by them had approached the police.

After people didn't get any job or gold, they started coming at the doorstep after they were found being cheated. Amol Palsamkar, the complainant in the case was cheated for Rs 5 lakh.

The matter came to light after Anand's wife Gitanjali started missing her 4-year-old son who was with them. She then approached the police to inform them about the case. The police said Gitanjali claims her account was used by her family for the illegal transactions. 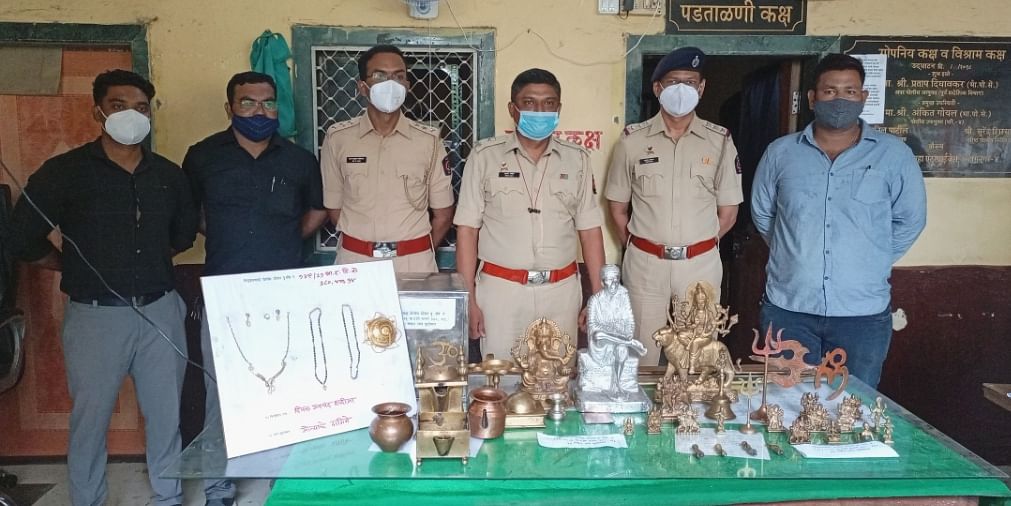