Raises question over construction material and safety of citizens

Potholes on the newly-built Kopar bridge of Dombivali had raised questions on its construction material and the safety of motorists. Officials of the Kalyan-Dombivli Municipal Corporation (KDMC) filled up the pothole. However, photographs of the pothole went viral on social media by then.

Kopar bridge connecting Dombivali East and West Tuesday. The authorities claim the inauguration was carried out prior to Ganesh Chaturthi festival for the convenience of citizens. Sources in the KDMC said the bridge was shut on September 15, 2019, after it was declared unsafe by the Central Railway (CR). In April 2020, the slab of the bridge was dismantled, following which railways undertook the work of repairing the girders till October 2020 and a new slab was also built. The bridge was newly designed and made ready this year. 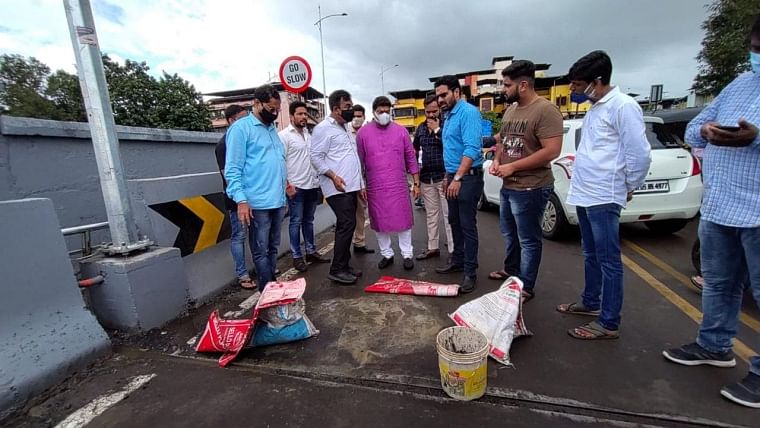 The KDMC authorities claim the bridge was ready in just one year and four months. Sapna Koli, city engineer, KDMC, said , “Our intention was to inaugurate it this week as it would help people travel easily during the festive season. A minor pothole developed on the bridge, which was filled up by the contractor. The final layer of mastic asphalt treatment takes almost a month. If that was done it would have delayed the inauguration, resulting in inconvenience to the citizens. It would be carried out after monsoon, as the treatment needs heat and warm weather,” Koli said.

Soon after the pothole pictures went viral, Raju Patil, MLA of Maharashtra Navnirman Sena from Kalyan rural, reached the spot to check the status. Patil raised questioned the work carried out by the authorities.