COVID-19: Delta Plus variant cases in Maharashtra rises to 76; 5 deaths 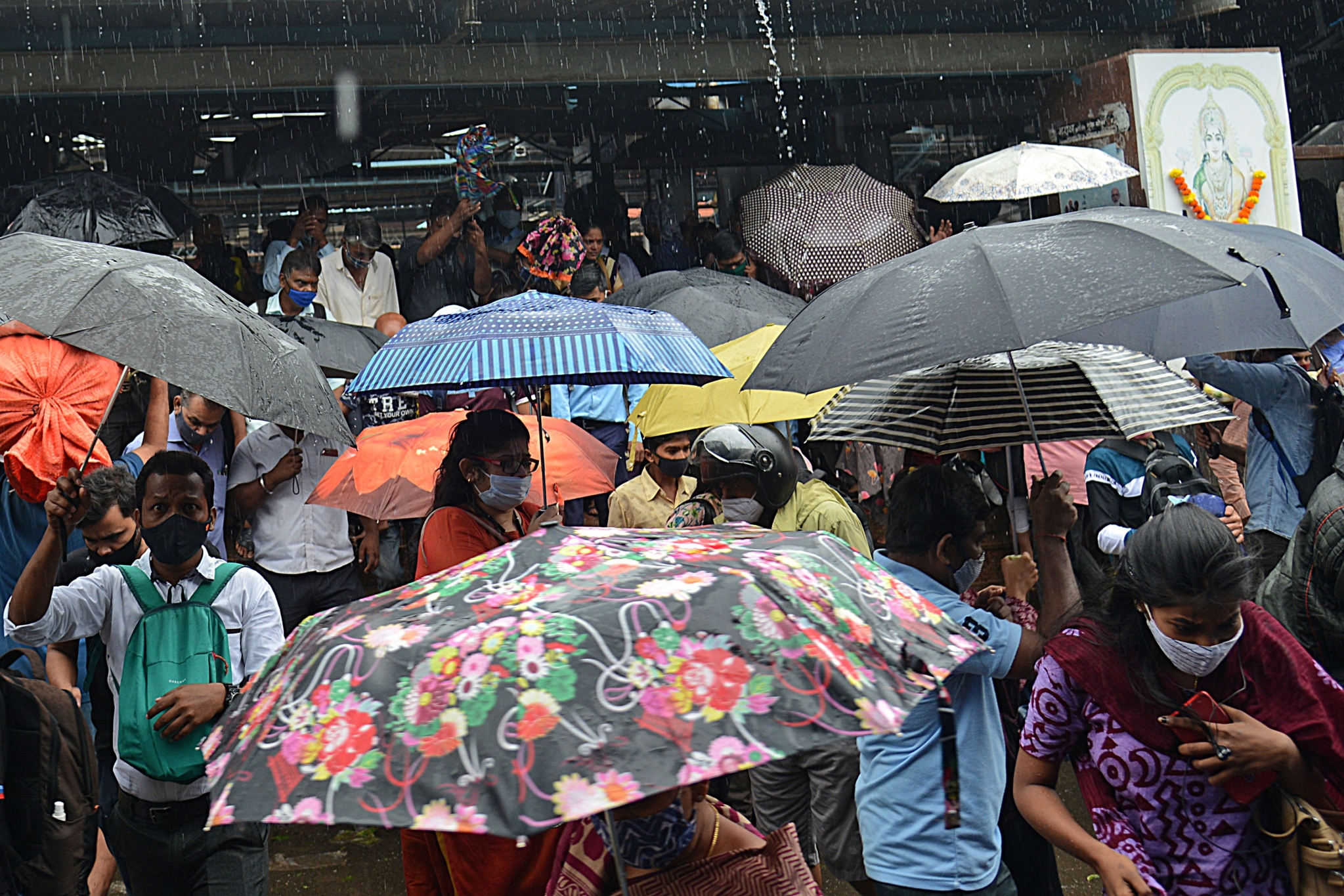 Passengers crowd outside the railway station after the government allowed fully vaccinated people against the Covid-19 coronavirus of all ages to travel in local trains, as it rains in Mumbai on August 16, 2021. | (Photo by Sujit Jaiswal / AFP)

The number of Delta Plus cases across Maharashtra has risen to 76, a state health department report said on Monday. Besides, five people have died so far due to the dreaded coronavirus variant.

Of the 76 patients detected across Maharashtra, 13 are from Jalgaon, Ratnagiri (15), Mumbai (11), Kolhapur (7), six each in Thane and Pune, three each in Palghar and Raigad, two each in Nanded, Gondia and Sindhudurg, and one each in Chandrapur, Akola, Sangli, Nandurbar, Aurangabad, Kolhapur and Beed.

As per the state health department report, of the 5 deaths, three are male and two female. The deaths have been reported in Ratnagiri (2) and one each in Beed, Mumbai, and Raigad. All the five deceased were above 65 years of age and had serious diseases, said the health department. Also, two of them had taken both the dose of the COVID-19 vaccine, while the other three had not taken the vaccine, it added.

Moreover, according to a report, three sub-lineages (Ay.1, Ay.2 and Ay.3.) of the Delta Plus variant have been seen across Maharashtra. Of the 66 Delta Plus cases reported earlier, 31 cases are of Ay.1, 20 of Ay.3 and 10 of Ay.2. The Ay.1 cases have been found in sequenced samples since April, while Ay.2 has been found since March and Ay.3 since June, the report added.

Meanwhile, Maharashtra Chief Minister Uddhav Thackeray on Sunday said the government would impose a fresh lockdown in the state in the event of a surge in cases. Speaking after flag-hoisting on Independence Day at Mantralaya on Sunday, the CM exhorted people to strictly follow Covid norms though the state government had relaxed Level 3 restrictions by allowing the fully vaccinated people to commute in Mumbai trains and shops to stay open until 10 pm.

“If the situation worsens, the state may have to impose a lockdown again”, said Thackeray. His warning came days after the state government issued modifications in the ‘Break the Chain’ order saying that the daily oxygen requirement for Covid patients would be the deciding factor to impose a lockdown in the future. If oxygen requirement reached 700 metric tonnes, lockdown would be imposed again, he declared.