Congress needs to keep masses with them: Balasaheb Thorat

The state Congress President Balasaheb Thorat in a free-wheeling interview with The Free Press Journal’s Political Editor Pramod Chunchuwar admits that the party needs to keep the masses along with them. He describes the Fadnavis government as a failure for the state and alleged that it has failed to deliver on all fronts.
Pramod Chunchuwar 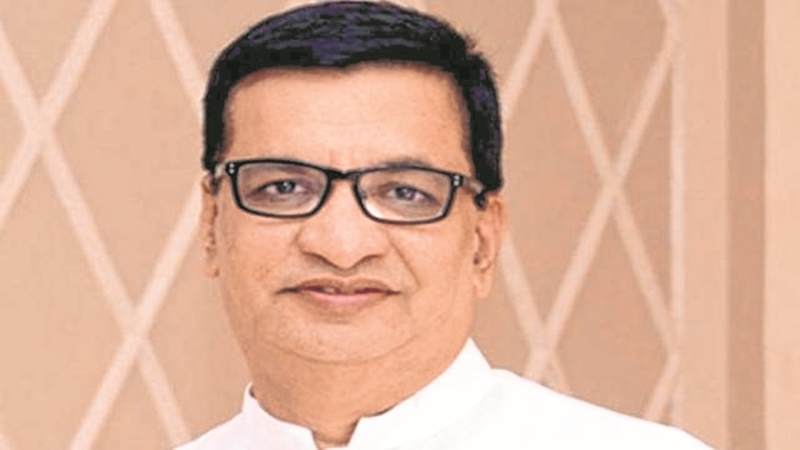 It is being said that nobody is willing to contest on a Congress ticket. What is the fact?

This is not a fact. We have received more than 900 applications. The toughest competition is in Vidarbha. Even in Marathwada, this shows victory chances for our candidates in the assembly election.

The ruling parties are claiming that the Congress and the Nationalist Congress Party cannot jointly win even 50 seats. Do you agree?

The ruling BJP-Shiv Sena is brimming with over-confidence after the Lok Sabha elections. But they should remember that people vote differently in a Lok Sabha and assembly elections.

We performed extremely well in Narendra Modi's home state Gujarat assembly election, where the leaders were vowing for a Congress-free India. In 1980s when the Congress was split into two, it was announced that the Congress party will be finished.

But in Maharashtra, Antulay became the chief minister of the state. In 1999, the Congress party in Maharashtra split and doomsday was announced for us.

However, Vilasrao Deshmukh then became the chief minister. The Congress party is always in the hearts of people, but we failed to take them along with us.

But BJP-Sena has already announced the death of Congress party. We are also witnessing a reduction in Congress’ power?

As Congress is not just a party, it is an ideology. So it will never die. The electoral strength of the party may increase or decrease. But Congress’ ideology will always be there in India. Sometimes voters ignored the basic question in the emotional waves.

That is why the BJP came to power now. But the current wave of recession is weighing heavily on this emotional wave. Unemployment, recession and inflation have started to hit the general public. Even traders are now drowned in the recession.

Due to this, people will once again vote for a resolution of their fundamental problems and I have no doubt that the strength of the Congress party will increase in the state.

Do you not think that the Congress party itself is responsible for this situation? Has the party done some introspection in this regard?

Yes, of course, we made some fundamental mistakes. We ignored the promotion of party’s philosophy as we were in power. For this we did not take the training camps of the various classes, including the youth.

We have been short on explaining to a new generation how a socialist and secular thinking is important for the welfare of India and Indians. This made it possible for our opponents to mislead the younger generation.

My grandfather had joined Mahatma Gandhi in the salt satyagraha. My father had participated in the Quit India Movement. I grew up with the ideology of Congress, Rashtra Seva Dal and Sane Guruji.

But now, the new generation needs to be aligned with the core of the Congress philosophy. It is easy to divide the people in the name of religion and caste for political gains. But it is difficult to bring everyone together for secular thinking. BJP and Shiv Sena are practising this easy politics.

How is Congress preparing for the elections? What is the status of negotiations for an alliance?

We are in discussions with NCP about the allocation. There are no differences. The key principle in seat-sharing will be the ability to get elected.

I was in the driver’s seat of state Congress when it was a top feat and now I am getting only two months. Our priority is to strengthen secul­arism and save democracy.

How many seats have Raju Shetty or the alliance partners asked for?

9They have demanded a big number of seats. However, if there is a constituency where their victory is sure or if their candidate is better and stronger than ours, we are ready to give them the seats.

8What is the position of an alliance with the Vanchit Bahujan Aaghadi led by Prakash Ambedkar?

9We are in discussions with them. However, VBA is not very keen to ally with NCP. They have some reservations about NCP. They want an alliance only with the Congress. This is not possible for us.

8What will be the focus of Congress campaign?

We are going to focus on the serio us questions of the people and the crisis in the rural areas. We will explain to the people how the BJP-Shiv Sena alliance government has failed on all fronts. The entire debt waiver package is on paper only.

In the name of crop insurance, the plunder of farmers continues. During our rule, the state and central governments were sharing 50 per cent each for the crop insurance compensation to farmers.

We appointed a central government insurance company as an agent to collect the premium on behalf of the state government and to process the compensation claims by farmers.

The company used to get a processing fee from the government. But the BJP-Sena government in the state changed this and handed over all this process to private parties.

This resulted in depositing the premium amount paid by farmers into private insurance companies account, which earlier used to get deposited with the government.

How successful was the government in dealing with the problems of farmers?

9 I have worked as the minister of agriculture for the state in the past. The Fadnavis government itself has become a calamity for farmers. Initially, the government did not have a full-time agriculture minister for many years. The state government has failed immensely in dealing with the drought issues.

Even today, 4,000 water tankers have to be sent to drought-hit areas, which never reach on time. If the government says that a project like water-efficient Shivar should be implemented, then why should it send 4,000 tankers in the rainy season?

During our government, the chief minister and the minister for agriculture used to travel all over the state and hold preparation meetings for kharif crops at the divisional level and we used to review the crop loan distribution and other problems.

We used to have discussions with local representatives, representatives of banks and the district administration. This method has been stopped by the current state government.

Thus, it has been almost three months since the monsoon started and only 30 per cent of the crop loan has been distributed. Even the nationalised banks distributed only 10 of the 30 per cent crop loan.

How do you evaluate the performance of the state government in dealing with the flood situation?

I was the agriculture minister of the state during the same type of floods during 2005-06. Sensing the flood situation and after receiving information about the rising water level, chief minister Vilasrao Deshmukh ordered the guardian minister to stay in their allotted districts.

The minister for relief and rehabilitation, Patangarao Kadam, ensured that all the state machinery would work well in this emergency and flood relief agencies would get all the help in time.

However, this year when the flood levels of Kolhapur and Sangli were rising, Chief Minister Devendra Fadnavis was busy in celebrating the victory of Lok Sabha elections through his Jallosh yatra. Water resources minister Girish Mahajan was busy dancing on the abrogation of Article 370.

The chief minister is the chairman of the State Disaster Management Authority. The administration of the state always waits for the instruction of the chief functionary.

After saying that the main functionary is busy elsewhere and careless about the crisis, then the administration begins to follow him. Fadnavis ignored the initial warnings on flood.

There was no follow-up in time to discharge the waters of Almatty dam. That worsened the situation. For three or four days, the guardian minister did not turn up in the flood affected areas.

There is so much anger against the government among the people today that the guardian minister cannot move around in the flood affected districts.

Are you satisfied with the performance of the government in the development of urban areas and especially the economy?

The people have lost faith in this government. Like the rural economy, the urban economy too is in a critical stage. The slowdown in the automotive sector is the first sign of a slowdown in the economy.

Be it Raghuram Rajan or Rahul Bajaj, all are saying the economic condition of the country is at worst. When the Fadnavis government came to power, they showed dreams of a smart city.

But they failed to develop a single smart city in the last five years. This government has killed the public health and social harmony. The law and order situation in the city of Nagpur is critical.

Compared to the Congress-NCP alliance government, the BJP-Sena is claiming that their government is clean and honest. Do you agree?

9We have exposed the scams of dozens of ministers in the Fadnavis government. Radhakrishna Vikhe Patil, while leading the opposition in the assembly exposed the Mumbai city's DP plan scam. We have also uncovered a scam in Kharghar of CIDCO land.

Housing minister Prakash Mehta was removed from the cabinet after the Lokayukta stamped on his scam. Fadnavis’s name too came up in the scam.

Therefore, he did not submit the Lokayukta report of Mehta's inquiry even though he promised to do so. Do such governments have the moral right to claim transparency?

The government promised a time bound delivery of services to people from the government machinery and if not delivered, the responsible person was to be punished through the Sewa Aayukt (Service Commissioners).

However, the service commissioner has not yet been appointed at the divisional level. This government only talks, while implementation is almost zero.