Catholics call for holy communion inside the church 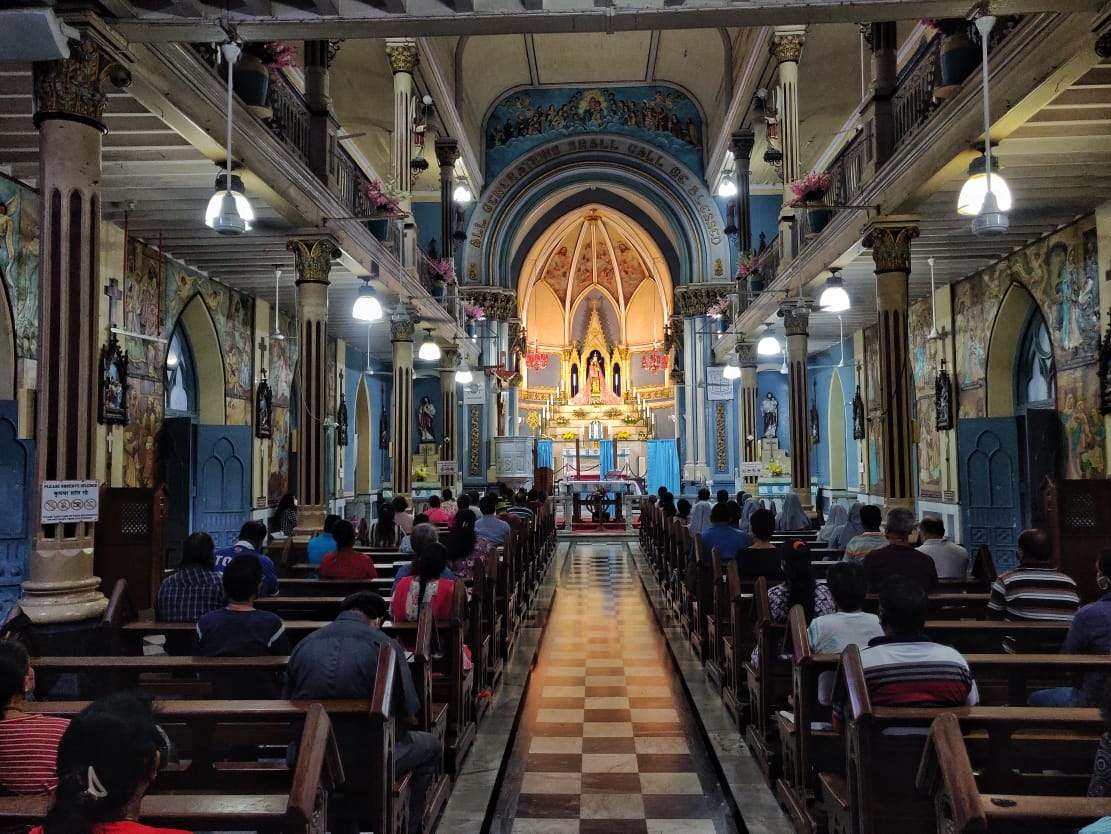 Catholics call for holy communion inside the church | Sachin Haralkar

Devout Catholics are demanding that the holy communion given after the mass services should be distributed inside the church and not outside the church or in the church compound, which is a recently adopted practice owing to the Covid-19 pandemic.

Catholic groups have therefore written to the Mumbai police for easing restrictions on churches to partake in the communion inside the church.

The president of city-based Watchdog Foundation, Advocate Godfrey Pimenta said the Holy Eucharist is the physical re-enactment of Christ’s Last Supper with his apostles. He said, “Symbolically, it represents so much more – the sharing of the gifts of God with God, the continued presence of Christ in our midst, a sacred meal to which we are all invited, a source of grace. The giving of communion outside the church is being done to comply with the government norms of ‘no prasad’ to be given on religious premises.” Pimenta stressed that the communion is the body of Christ and is not to be equated with ‘prasad’ and that it is an integral part of the prayer.

Advocate Vivian D’Souza, president of the Bombay East Indian Association, said that in their letter to the police, on behalf of the Catholic community of Mumbai, they have demanded that there should be “reasonable concessions given to churches to give holy communions during mass timing in church itself.

Fr Nigel Barrett, spokesperson of the Archdiocese of Bombay, said the rule is that one cannot have the communion during the service. He said, “The church is doing it in the compound after the service. That is the SOP of the government. This is a government decision and we will abide by it. If they have restricted us, we will find a way to keep in mind the sentiment of the Eucharist and ensure that the recommended SOPs are adhered to.”

Anil Joseph, a civic activist from Bandra said, “As per ritual, there are two ways to take communion. One is when the priest gives it directly on the tongue of a devotee or the other option is the priest drops it on her/his palm.” Joseph added that 95 per cent of churches are large spaces and not cloistered. “Social distancing can be observed adequately and communion can be distributed on the palm of the devotee. If that is followed, I see no reason why it cannot be given inside the church,” he said.