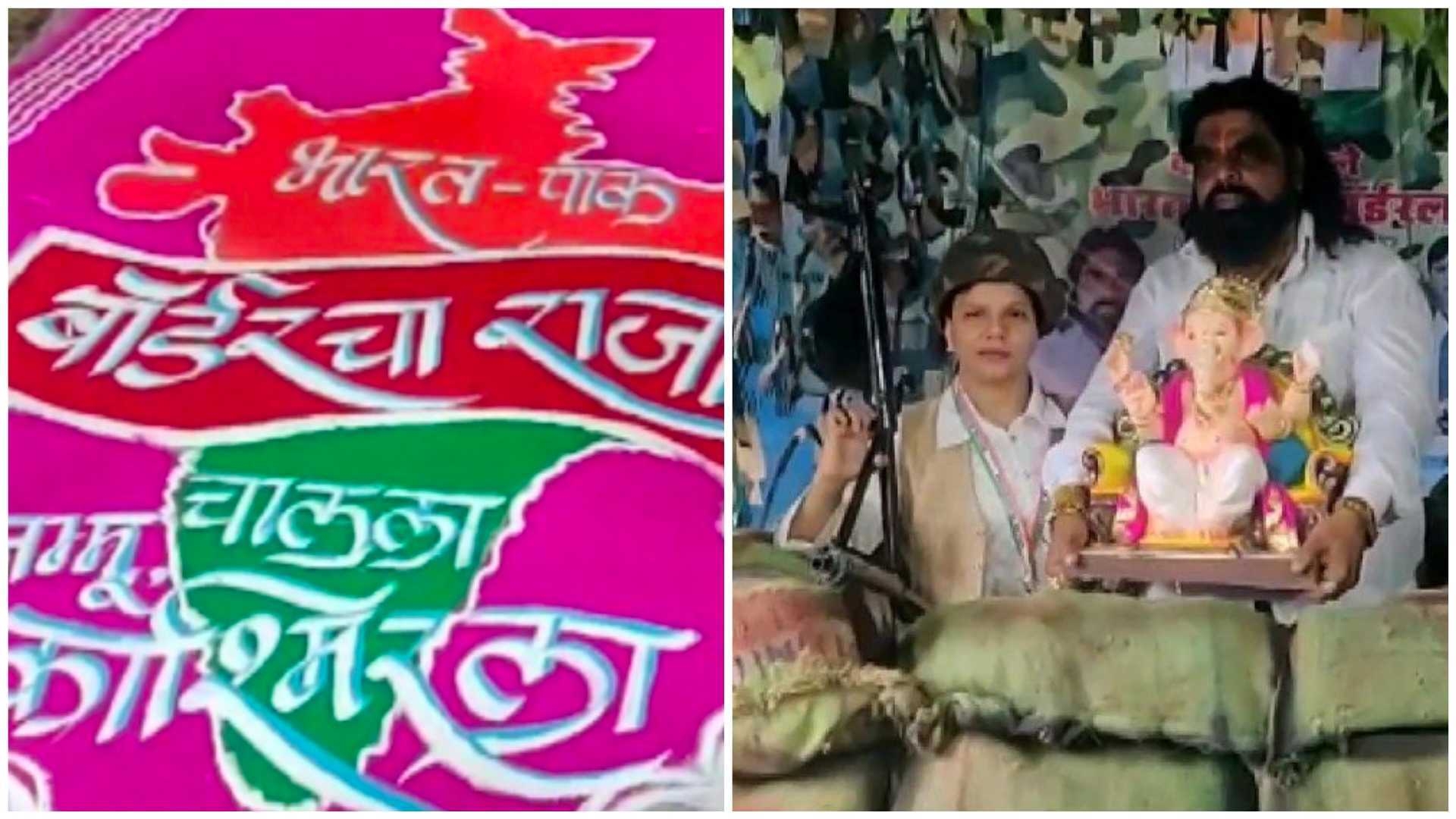 With Ganesh Chaturthi around the corner, a woman is taking with her idol of Lord Ganesha called 'India-Pakistan Border cha Raja' to be placed at a temple near the Line of Control (LoC) in Poonch district of Jammu and Kashmir.

This is not the first time the idol for the Ganesh Chaturthi festival is being transported to Poonch from Mumbai. Kiranbala Isher, also known as 'Ishwar Didi' has been doing it for over the last six years, under the banner of her NGO 'Progressive Nation'.

Isher, whose NGO supports the causes of soldiers, said she installs the Ganpati idol in Pooch for the safety of the soldiers and their families.

"I and my family have special faith in Ganpati Bappa. I come from a family of army background, and this idol of Ganpati Bappa is being taken from Mumbai for the last 6 years. It is one of the important festivals for me, this Ganpati Bappa idol is to be installed for the safety of the soldiers and their families," Isher said.

"It is my wish that Lord Ganesha takes away all the troubles and obstacles that come in the way of the soldiers of our country. It is my wish is that Ganpati Bappa also reduces the tension between India and Pakistan so that the local people on both sides can live safely,' she said.

The idol is created by artist Vikrant Pandhre at his workshop in Mumbai's Kurla for the past 6 years. This year Pandhre has made special decorations for the Ganesh idol. Just behind Ganpati Bappa, Pandhre has created fencing with iron wires. There is also a big banner behind the idol showing the beauty of the Kashmir valley. There is also a depiction of Afghanistan's capital Kabul, which is only 600 kilometres away from the border.

Talking about the decoration, Isher said, "since Bappa is going to the India Pakistan border, we want to make the people living in Mumbai aware through this scene that Afghanistan's capital is just 600 kilometres away from the border where the Taliban has currently taken over the country. We want to tell people about the amount of fear in which people live there." Pandre, the artist behind the beautiful idol expressed pride that Ganesh idols made by him have been worshipped in Jammu and Kashmir for the past six years. Mumbai: Surge in number of Konkan buses for Ganeshotsav 2021