The High Court observed that Sachin Waze was under suspension for 16 years and his tenure as police officer was controversial. The court has also considered his age, 73 years, and ailments, some of which are classified as “de-generative”.

The Bombay High Court has granted bail to former Maharashtra home minister Anil Deshmukh in an alleged corruption case observing that prima facie, there is nothing but the statement of dismissed cop Sachin Vaze – whose tenure as a Police Officer has been “controversial” – to show that money was collected from bar owners at the NCP leader’s behest.

The court has also considered his age, 73 years, and ailments, some of which are classified as “de-generative”.

Justice MS Karnik, in a detailed 16-page judgement which was uploaded late last night, granted bail to Deshmukh in the corruption case registered against him by the Central Bureau of Investigation (CBI) on furnishing surety of Rs 1 lakh. He has been directed to cooperate with the investigation.

However, the former minister will not be let out immediately as, following a request from the CBI, the said the bail order will be effective after 10 days.

Read Also
Anil Deshmukh's bail order will be implemented on 11th day if the CBI failed to present its case in... The court noted that as per the prosecution chargesheet, its case is “mainly based on Sachin Waze’s statement”, who has been granted pardon after turned approver. “The question of the reliability of Mr. Sachin Waze’s version is a matter for trial,” observed Justice Karnik, adding: “It is a matter of record that Sachin Waze was suspended for 16 years.”

Waze had claimed that Deshmukh had promised to reinstate him in police service. Post reinstatement, Waze claimed to collect money from bar owners and deliver it to Kundan Shinde, Deshmukh’s former aide, as instructed by Deshmukh. According to Waze, Deshmukh instructed him to collect Rs.3 lakhs each from 1750 Orchestra Bars/Pubs/establishments in Mumbai totalling Rs.40 to Rs.50 crores approximately.

However, the court took note of the ACP Sanjay Patil’s statement, which were pointed out by Deshmukh’s lawyers - senior advocate Vikram Chaudhari and advocate Aniket Nikam. Patil had said that Waze informed him that he is collecting the money for ‘No.1’, and when Patil asked Waze as to who is ‘No.1’, he was informed that it is ‘CP, Mumbai’. CP at the relevant time was Param Bir Singh.

“The statements as they stand, even without testing its veracity, which is a subject matter of trial, creates some doubt as to whose behest the money was collected,” remarked justice Karnik. “I may hasten to add that these are very prima facie observations limited to considering this application for bail.

The court further remarked that “It is a matter of record that Sachin Waze was suspended for 16 years” and that his tenure “as a Police Officer has been controversial”. Waze was arrested for his alleged role in Antilia bomb scare case and murder of businessman Mansukh Hiran. “He is allegedly involved in extortion cases, fake encounter case, etc,” noted HC.

“Except for Mr. Sachin Waze, none of the statements recorded indicate that it was under the instructions of the applicant that the money was to be collected. It is for the trial Court to look for corroboration in material particulars for relying on the statement of Sachin Waze, the approver,” the court averred.

The HC also factored his old age and that he is suffering from multiple ailments, some of which are classified as de-generative.

Justice Karnik observed that while granting him bail in ED case, the HC had remarked: “In the light of the materials on record, it would be audacious to observe that the applicant is not a sick person”.

In jail for over a year

Deshmukh was arrested in November 2021 by the ED in a money laundering case. In April 2022, the CBI arrested him in a corruption case. He is presently in judicial custody and lodged at the Arthur Road Jain in Mumbai.

The CBI has filed chargesheet on June 2, 2022, with respect to the issue of corruption, the basis being collecting/extorting monies from restaurants and bar owners.However, the two other facets of corruption – the transfers and postings within the police and influencing investigations – are still under investigation. The chargesheet is yet to be filed by the CBI on these aspects.

“Therefore, there is no question of the trial concluding any time soon in the near future. The CBI may proceed with the investigation but not at the cost of continued incarceration of the applicant,” added HC.

Deshmukh is no longer the Home Minister and therefore, there is no question of his influencing the investigation

Also, relying on bail order in ED case, Justice KArnik said that Deshmukh “appears to have roots in society and the possibility of fleeing away from justice seems remote”.

Maximum punishment, if found guilty, is seven years. Also, there are no criminal antecedents reported against him. Having regard to the totality of the circumstances, in my opinion, the applicant can be released on bail.

Release on bail on furnishing personal bond of Rs.1,00,000/- with one or more sureties in the like amount.

To remain within the area of Greater Mumbai till the trial is concluded and shall not leave the area without permission of the competent Court.

Surrender his passport to the trial Court, if not already surrendered.

Not make any inducement directly or indirectly, threat or promise to tamper with witnesses.

Not tamper with evidence.

Co-operate with the expeditious disposal of the trial. 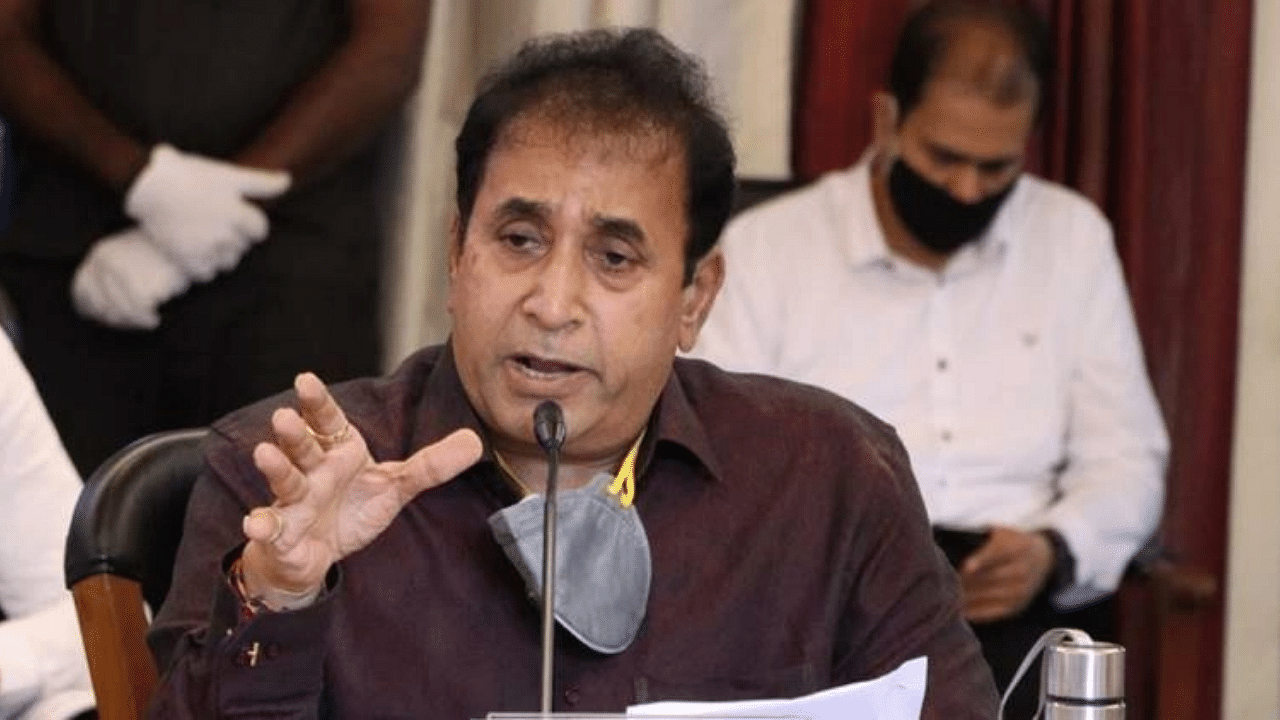