Mumbai: Water pollution from agricultural runoff, effluents, and sewage are a consistent threat to six key wetlands in Maharashtra where as many as 112 species of water birds from 18 families have been found, a study by BNHS shows. The bird monitoring survey of the avian guests coming via the Central Asian Flyway was done by the research body BNHS between October 2021 and April 2022 across six wetlands in Maharashtra - Nandur Madhmeshwar Wildlife Sanctuary in Nashik (Ramsar Site), Jayakwadi Bird Sanctuary in Aurangabad, Gangapur Dam in Nashik, Ujjani Dam in Solapur, Hatnur Dam in Jalgaon, and Visapur Dam in Ahmednagar. The project, ‘Elucidating the Status of Migratory Waterbirds in Ornithologically Important Wetlands of Maharashtra: Central Asian Flyway’ was commissioned by the State Mangrove Foundation.

Researchers recorded a maximum species diversity of 58 waterbird species and the highest count of 20,977 waterbirds were recorded from Ujjani Dam during April, said Dr Sathiya Selavam, assistant director of BNHS.

“Protecting these wetlands will help us achieve our sustainable development goals and commitments to the global community on Central Asian Flyway that the Prime Minister had announced during the Convention on the Conservation of Migratory Species (CMS COP 13) in Gandhinagar in February 2020,” said Mr Virendra Tiwari, Additional Principal Chief Conservator of Forest, Maharashtra Mangrove Cell and Executive Director, Mangrove Foundation.

Common pochard and River tern were two of the species observed falling under the 'vulnerable' category as defined by the International Union for Conservation of Nature (IUCN).  Maximum numbers of River terns were seen at Ujjani (306) and Jayakwadi (259). Asian Woollyneck, Painted stork, Black-headed Ibis, and Oriental Darter were a few of the near-threatened species spotted. A large number (2041) of the near-threatened Black-tailed Godwit were seen in Ujjani.

NatConnect Foundation, which has been campaigning to save the wetlands in Mumbai Metropolitan Region (MMR), said the study results show that migratory birds are Ambassadors of Good Environment. They search for ideal destinations for breeding and rooting and the places that they land indicate that they have availability of small fish for feeding the chicks.

For migrating birds travelling via the Central Asian Flyway (CAF), Maharashtra is home to a multitude of both natural and man-made wetlands that serve as staging places and wintering grounds. Flyways are utilised by birds to reach breeding, stopover, and wintering grounds during their annual cycle. The Convention on Migratory Species has designated nine migratory flyways worldwide (CMS). One of them is the CAF, which covers migratory bird routes via 30 nations, with India constituting the majority of those routes.

Role of the wetlands in supporting migratory birds

The study determines the role of these wetlands in supporting migratory as well as resident birds, with special reference to rare and threatened species. During the said project, BNHS has carried out various surveys such as a Bird Monitoring survey, Bird trapping. Bird ringing and colour banding. “A concerted effort was undertaken to document threatened and near-threatened species, CAF priority species, and CAF conservation concern species. Six species that are prioritised in India's CAF National Action Plan were also noted during the study period, along with two species that are vulnerable and seven species that are near-threatened,” the study said. 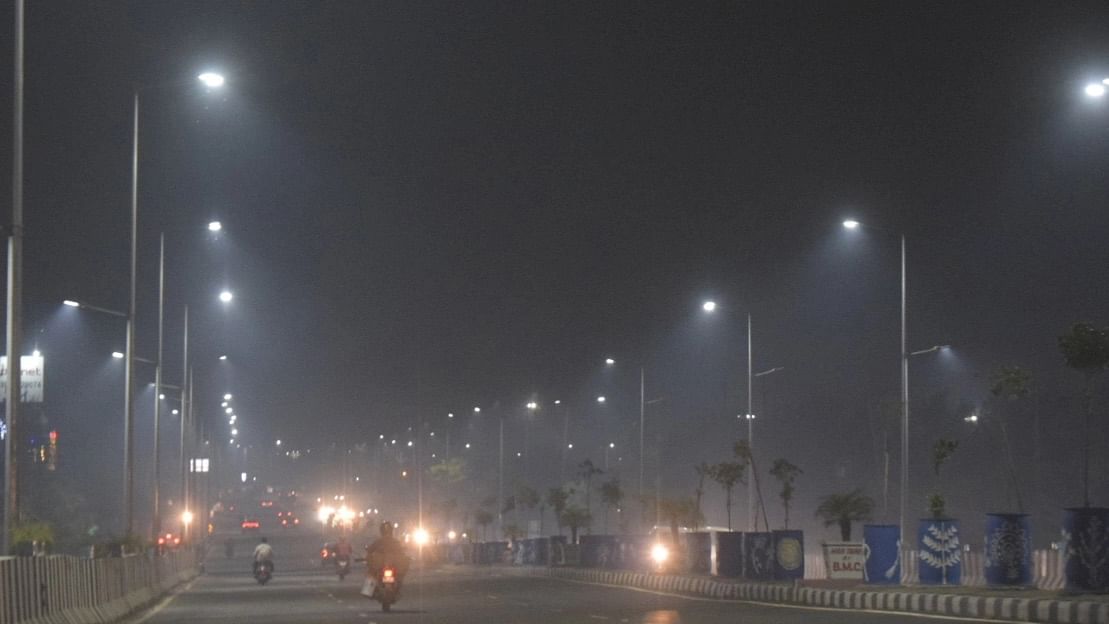