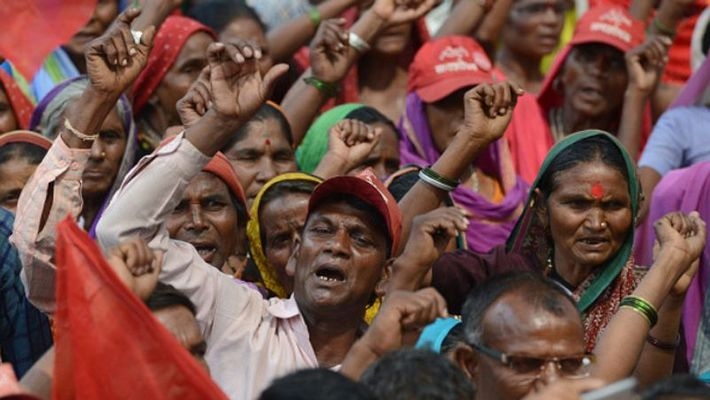 Union minister of state for consumer affairs and BJP leader Raosaheb Danve on Wednesday today alleged the involvement of China and Pakistan in the ongoing farmers’ agitation at Delhi borders. He further claimed that these countries had also provoked the Muslim community against the Centre on the Citizens Amendment Act.

Danve has appealed to the agitating farmers not to fall prey to provocative tactics of China and Pakistan. The minister’s statement comes a day after the talks between union home minister Amit Shah and representatives of farmers’ organisations failed. Danve made his statement after the farmers’ organisations have rejected the Centre’s offer to amend new farm laws as they insisted on scrapping of three farm laws. However, the Centre has dropped hints that it will not scrap three laws but reiterated its offer for amendments.

Danve, who was elected from Jalna constituency in Marathwada in the Lok Sabha elections, further alleged that the participants in the agitation are those who are wearing suit and boot but clarified that the Centre was with the farmers. Danve retaliated Congress MP Rahul Gandhi who in 2015 had described BJP led government as ‘’suit boot ki sarkar’’ while speaking on the agrarian situation in the country.

Danve had courted controversy in 2017 when he had said “farmers are complaining, even though the state has procured large quantities of tur dal produce” led to a controversy. “Even after the state has bought so much tur, they (farmers) have not stopped crying.” Danve apparently said, adding an expletive. After attack from Congress and NCP and a couple of farmers’ organisations, Danve said sorry and added that he did not pass any derogatory remarks.