Ganpati Bappa is all set to come back to our homes as families across the country switch to safer and environment-friendly measures to celebrate the birth of Lord Ganesha, as the COVID-19 pandemic still continues to prevail. 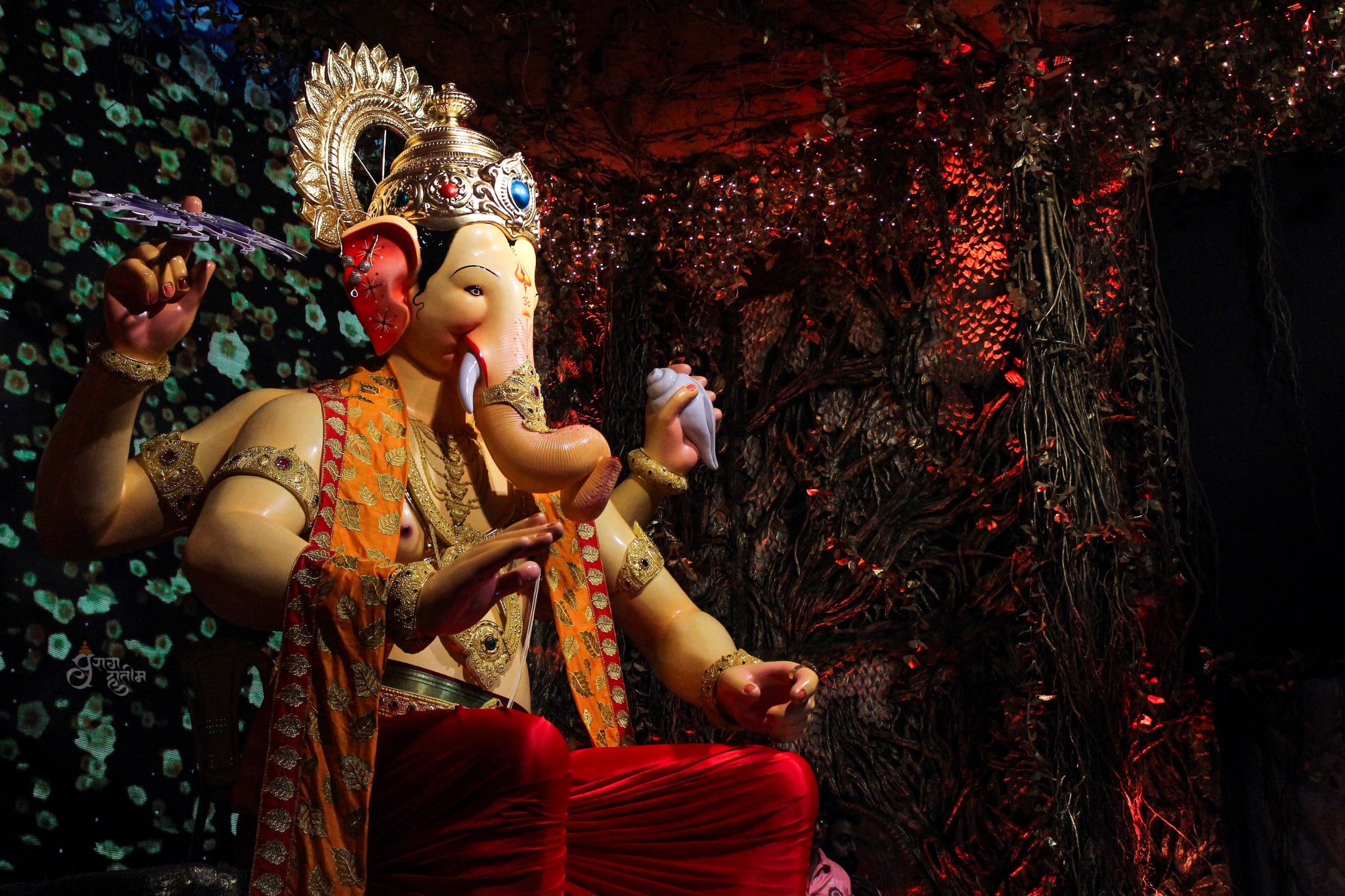 Several states including Tamil Nadu, Delhi, Karnataka have curbed the celebration in public. However, citizens continue to celebrate the festival that denotes the significance of the cycle of birth, life and death, at the comfort of their own homes, relying partially and in some homes, completely- on online technology.

The Maharashtra government issued new guidelines on Thursday, stating that devotees will not be allowed to personally visit Ganpati Pandals and that plans should be made for digital darshan via Webcast or other means. Mumbai Mayor Kishori Pednekar also urged people to follow the Covid-19 norms and to adopt the mantra "Majha Ghar, Majha Bappa" (My Home, My Bappa) and celebrate the festival indoors.Ganesh Utsav takes place in the Hindu calendar month of Bhadrapada, which falls in August-September every year. The 10-day festival begins from September 10 and will end on September 21st this year. The Ganesh Visarjan is performed on the last day of the festival, which is popularly known as “Anant Chaturdashi”.

How are families celebrating Ganesh Utsav this year 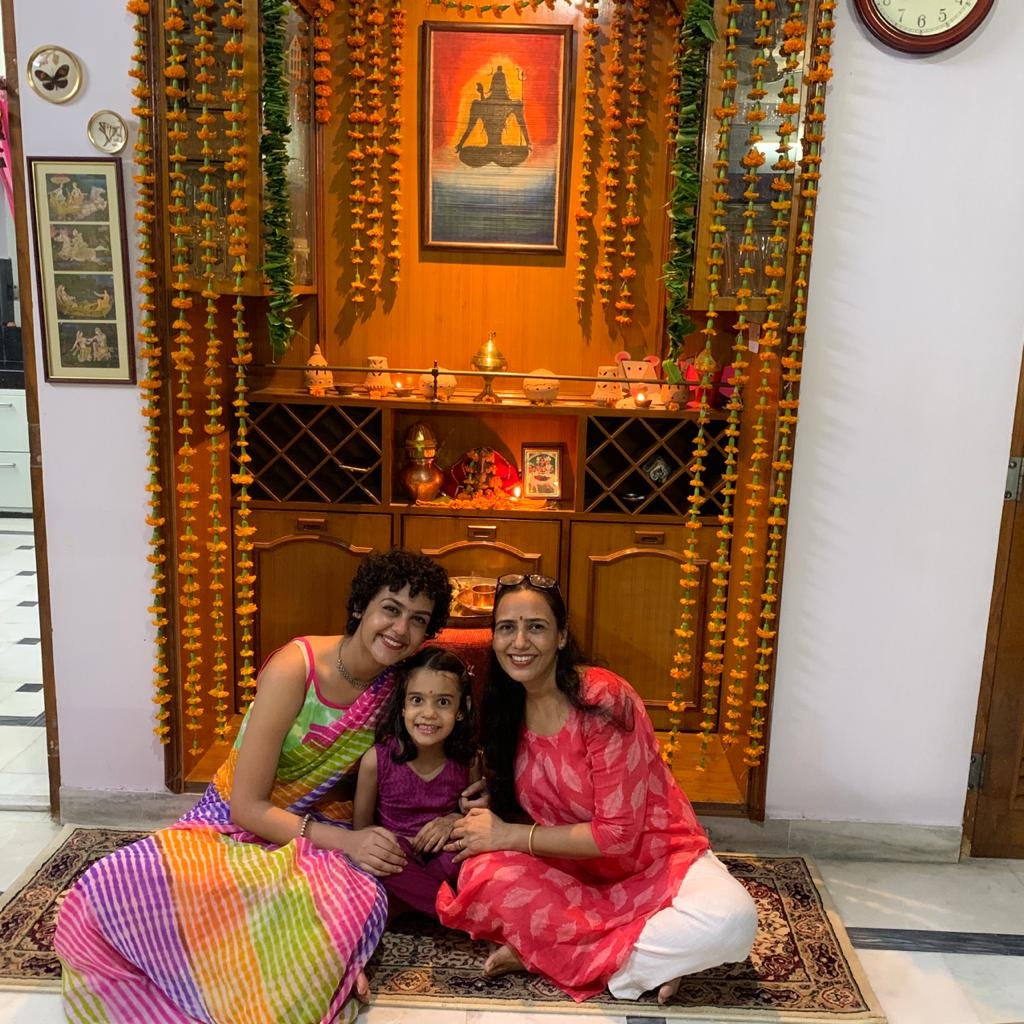 Pearl Seth along with her family while preparing for Ganesh Utsav in Thane.

Due to the havoc caused by the first and second waves of the COVID-19 pandemic, killing nearly 200,000 people in the country, citizens are now adopting ways to continue the tradition of celebrating the festival in a safer and environment-friendly way.
The Maharashtra government had previously issued guidelines limiting the height of Ganesha idols to four feet and urging people to observe Covid regulations and avoid crowding during the festival. The government also told Ganeshotsav Mandals that they needed to get approval from the local administration first.

“How can we celebrate the festival for years together and then completely stop, due to a situation that people are now even getting used to? There’s always a solution to a problem, and not celebrating the festival at all, isn’t the solution here. Ganesh Utsav celebration last year was a closed affair. I did not even call my close friends and relatives, as the society guidelines were quite strict. But this year, the norms have been eased and so we will be celebrating Ganesh Chaturthi offline by inviting just close friends and family, making sure to take all the necessary precautions. I will also be live streaming the puja, for those who are not comfortable with stepping outside their houses and wish to celebrate from home. With cases going on the rise ever since Onam and the Kumbh Mela, it is quite obvious for people to worry about getting exposed to the virus, which is why I have not forced anyone to come, It’s totally up to them”, said Namrata from Kandivali. 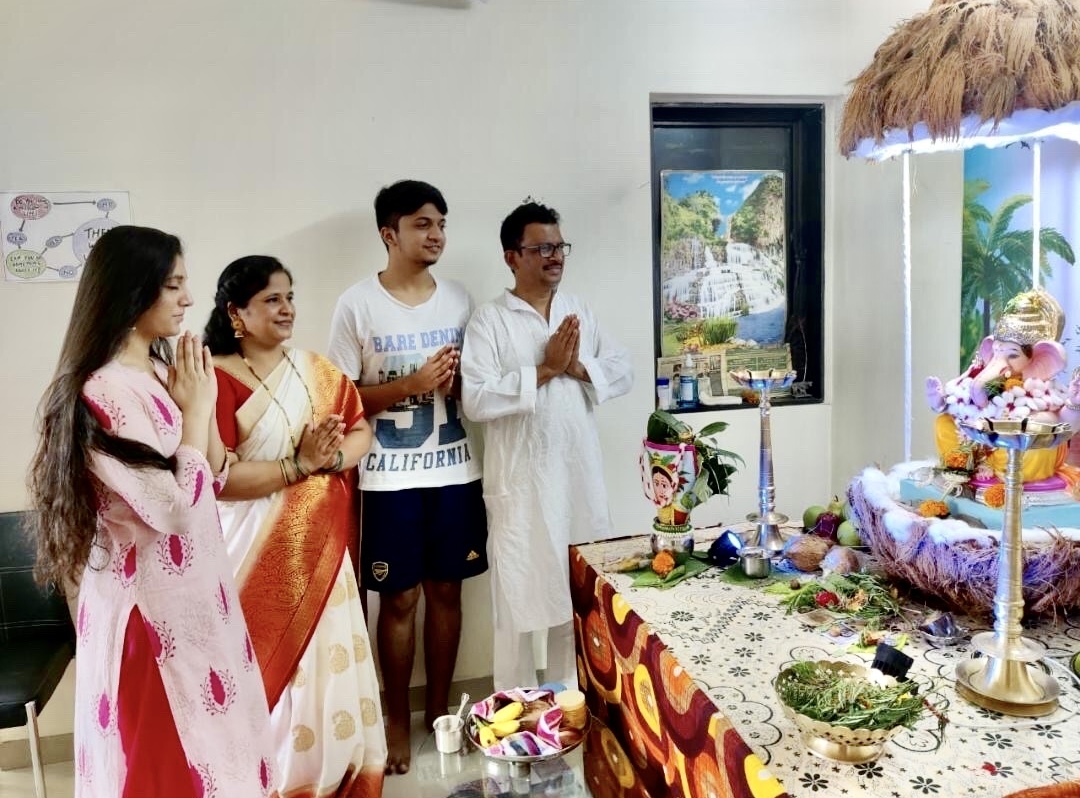 Namrata along with her family welcomes Ganpati Bappa in Kandivali

While the celebration is all set to go on, a few homes still fear celebrating the festival amidst a pandemic. Uday from Dadar said that they usually have an extended family celebration every year. “Last year my cousin who stays in Borivali had Ganpati. Since Covid precautions were in place, we couldn’t go to his house, so his son live-streamed the puja so that we all could participate. This year the Ganpati is at my cousin’s place in Mahim, which is very close to where I stay. But they have decided not to invite anyone as both he and his wife are comorbid. They will not even livestream the mega aarti, so we will have the usual aarti at our place.” Even though he has been vaccinated, he also added that it is better to be safe than sorry as there are warnings regarding the third wave.

Ever since the pandemic hit, citizens have also chosen alternative ways to conduct Ganpati Visarjan. Many opted for idols made of Shadu clay which is easier to dissolve in mud and used buckets to conduct the visarjan. The shift towards eco-friendly items to celebrate the festival is one such notable change brought forward by the people in the country. 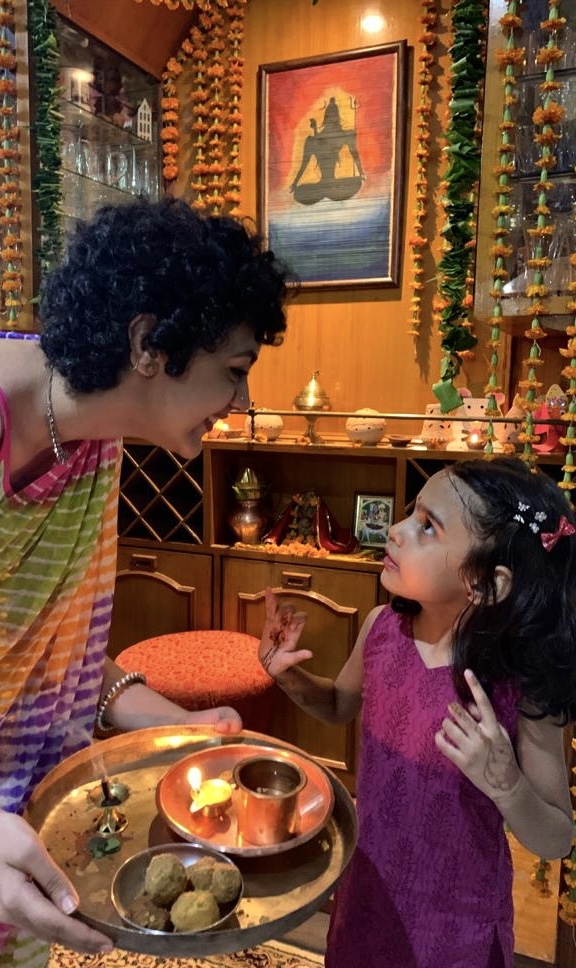 Pearl Seth with her little sister during Ganesh Utsav. 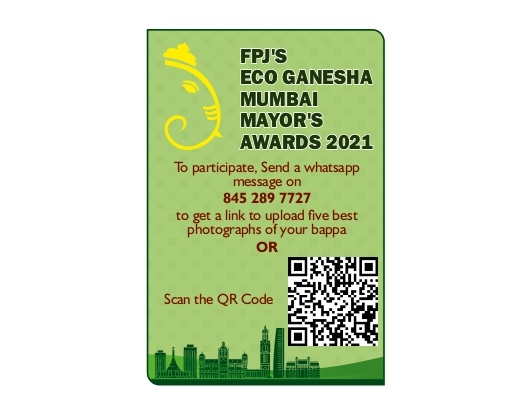 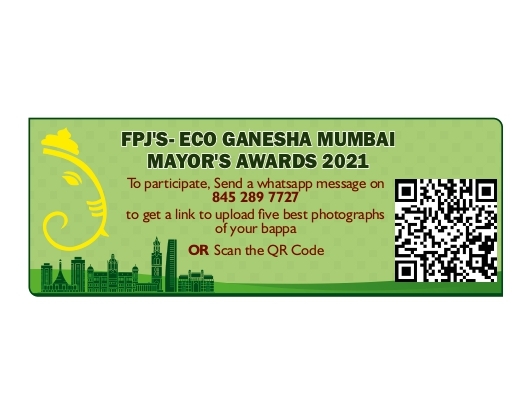 Pearl Seth, Fashion model from the city of Mumbai, in a conversation with the Free Press Journal said, “Ganesh Utsav does not feel the same anymore. Before it used to be a time where people used to go to each other’s houses and enjoy themselves. I used to have all my friends and family at home for the Puja, and we would even celebrate outside our houses in public places. There were even games for not just the kids, but everyone. It’s a tradition we’ve been following ever since we were kids, and I really hope that soon, we get to continue the tradition, not online, but the way it used to be. Since there exists the risk of a whole new pandemic wave, I and my family have decided not to call anyone home, and celebrate Ganesh Utsav with just the four of us. We might also stream our Puja online, wherein close friends and relatives will be able to join in virtually”.

Unlike earlier times that witnessed Ganesh Utsav completely offline, the majority of people in the country are now busy building social media links, scheduling virtual Pujas, and assuring safety and health measures for those who will be present to celebrate the festival this year.